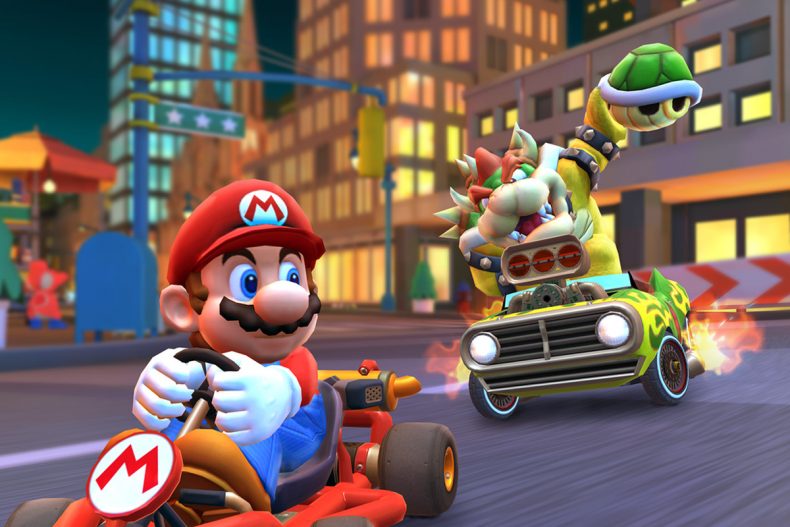 A new update has arrived for all of you mobile kart fans, and Mario Kart Tour now has team races. Alongside this new Duos mode, there’s also a new higher difficulty (200cc) option for the speed demons among us.

“In Team Races, teammates, whether they’re friends nearby, friends online or other racers online, compete for placing in a high position in a blistering race for racetrack dominance with up to four separate teams of two racers. Teams that find themselves at the top of podium in Team Races will earn in-game rewards.

Players can access these new features by downloading the latest update for Mario Kart Tour via the App Store or Google Play. From white-knuckle turns on the windy roads of Choco Island to the zippy ricochets of Waluigi’s Pinball track, and even limited-time courses featuring well-known cities around the world, there’s always something new to discover in Mario Kart Tour. With a selection of drivers from throughout Nintendo’s rich history of characters, like Mario, Donkey Kong, Peach, and Yoshi, Mario Kart Tour delivers the high-octane, kart-racing action the series is known for in the palm of your hand. Mario Kart Tour is free-to-start and is currently available to download for iOS and Android devices, so players can join in on the fast-paced fun whenever they want.

To take your experience on the tracks to the next level, players can unlock 200cc mode in single player and Gold Race in multiplayer with a paid Mario Kart Tour Gold Pass subscription for faster speeds and even tougher opponents.”

Get ready to start your engines series veterans, and aim for the podium together.