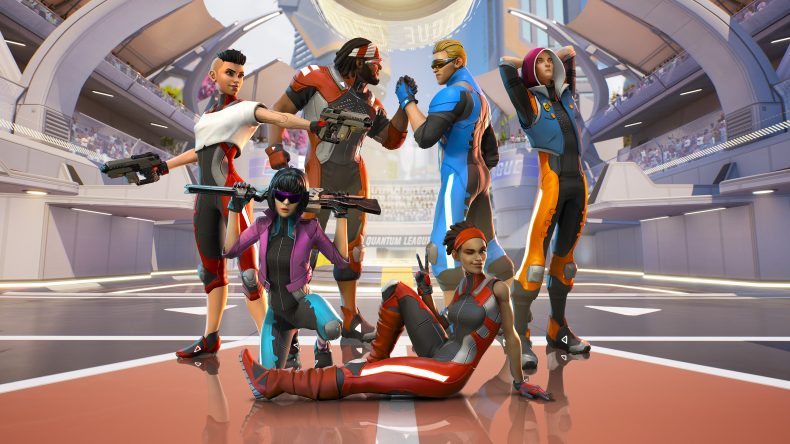 Indie developer Nimble Giant Entertainment has announced their time paradox multiplayer shooter, Quantum League, is heading to Steam Early Access. PC players will be able to give it a go from May 26.

Quantum League is described as a time-paradox shooter. Players battle online in a time loop and team up with their past and future selves in 1v1 and 2v2 matches. This means that as well trying to take out your opponent you need to remember where you were and where you want to be. Time travel can be confusing but the recruitment trailer, which can be found below, should clear things up.

“With Quantum League, we’re aiming to bring real innovation in the online shooter genre. The Beta has given us some great community feedback and now we’re ready for the game to enter Early Access.” Said Balthazar Auger, Lead Game Designer at Nimble Giant. Andrés Chilkowski, the studio’s Chief Creative officer added: “Delivering on such a unique concept as a Multiplayer FPS with real time travel Mechanics was a huge undertaking for our studio and we could not be more proud of what our team has achieved. What started as an experimental project is now a solid multiplayer shooter, offering great amounts of player expression and strategic depth. Early access is just a new beginning, we can’t wait to continue discovering the amazing possibilities behind these mechanics alongside our players”.