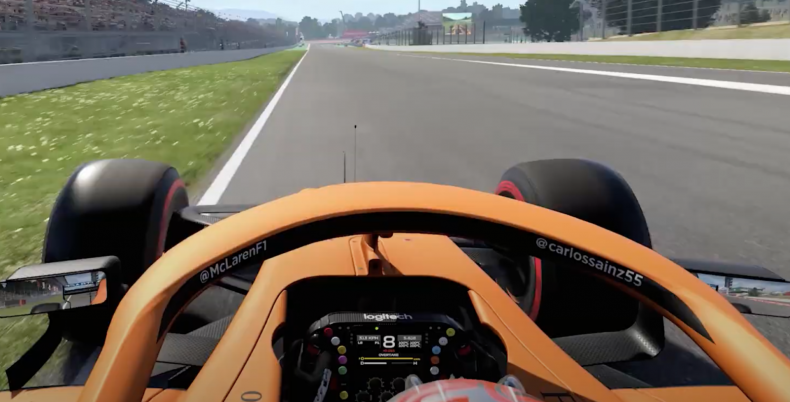 Codemasters has today premiered the F1 2020 in-game hot lap form the Circuit de Barcelona-Catalunya. The reveal comes ahead of this weekend’s Virtual Grand Prix at the same circuit.

Following feedback from both the drivers and players, improvements have been made by the development team to the 2020 Spanish circuit. The final sector has been changed with modifications to the elevations between turns 13 and 14 to give players a greater sense of realism.

On Sunday, 10 May, F1 drivers Charles Leclerc, Alex Albon, Lando Norris, George Russel, Nicholas Latifi and Antonio Giovinazzi will be joined by Sergio Aguero, Thibaut Courtois and Arthur Melo for this weekend’s virtual race at the Circuit de Barcelona-Catalunya. Racing on F1 2019, drivers will join the race remotely with a live broadcast from 6p.m. (BST). The broadcast will be available on the official Formula 1 YouTube, Twitch, Weibo and Facebook channels, alongside international broadcast partners.

F1 2020 is due for release on 10 July for PlayStation 4, Xbox One, PC via Steam and Google Stadia. If you purchase the Michael Schumacher Deluxe Edition, you will receive exclusive content and have three days early access.

You can watch the video below of the Spanish Hot Lap below:

Likes to shoot stuff and wear pretty shoes. Is a BEAST at Titanfall.
MORE LIKE THIS
Charles LeclercCodemastersF1 2020Formula 1

Take a look at first game play footage for F1 2018