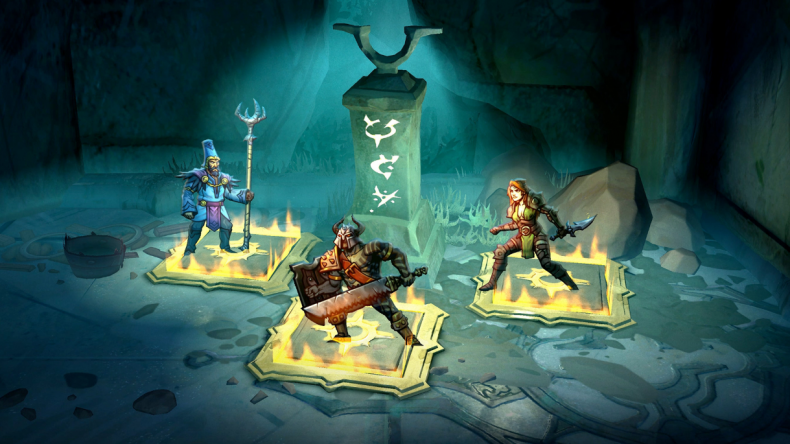 Developer Ronimo Games, known for Awesomenauts, along with Devolver Digital has announced that dark multiplayer dungeon crawler Blightbound is heading to early access. From July 29 you can pick up a copy on Steam Early Access. In celebration of the news Blightbound will launch with a 10% discount.

As mentioned, Blightbound is an online & local multiplayer dungeon crawler. It’s up to the three heroes to make their way down from the mountain refuge and take on abominations of the Blight. Each player in the team will play a specific role on the team; warrior, assassin or mage to take on these monsters and solve puzzles.

You’ll come across handcrafted dungeons as you fight your way through a number of mystical and monstrous enemies. Alongside that is discovering valuable loot and recovering fallen heroes to add your list of available warriors.

There’s a number of features you’ll come across in your time with Blightbound:

On top of all of that is a Steam Early Access trailer for you to feast your eyes on just below this.