previous
WoW Classic – Can it Live up to OSRS?
random
next
New Pokemon phone cases from CASETiFY coming next month
0 comments

The Future of Concerts in the New Normal 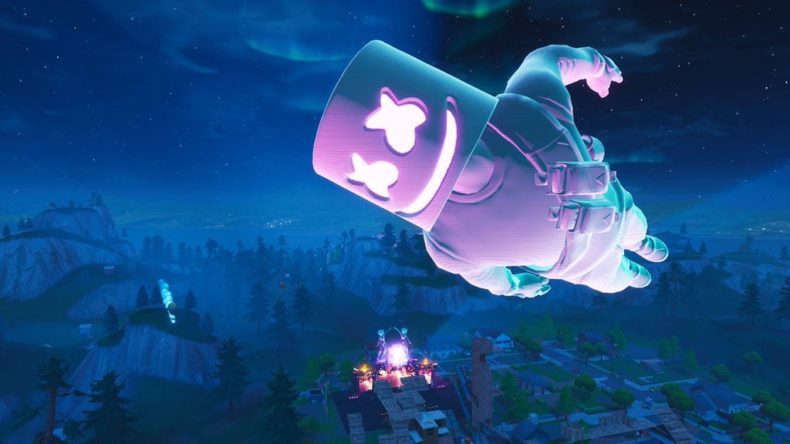 A year ago, before the outbreak that has had most of us locked down in our homes, Fortnite held a virtual concert for DJ Marshmello. They built it up by releasing skins and other Marshmello-themed emotes. It was a day when Fortnite tracker were at a standstill as players enjoyed the DJ’s 10-minute set.

Now, they upped the ante with Travis Scott‘s epic virtual concert. While DJ Marshmello got a stage and was pretty much stationary on the map, Travis Scott gave a veritable feast for the eyes.

However, there’s a burning question in every fan’s mind.

Which One Was Better?

There’s no doubt. If you compare viewership (not counting those who watched outside the game) and special effects, Travis Scott’s concert wins hands down. Everything was just bigger, and the effects were gorgeous. Changing the environments made the experience even more dynamic. Compare that to the mini-light show of Marshmello’s set and you’ll see that it’s not even close.

Now that that’s out of the way, here’s the real deal.

There isn’t a ‘better’ concert per se. The statement above is just comparing the statistics and graphics. People and player experiences are different, and their preferences are different. Some may like one over the other, others could be neutral about both, or they could even hate the whole idea of these events. What matters is that you could still enjoy the game.

Besides, these concerts were held a year apart. In that year, many things happened to the game. They changed their physics and graphics engine and revamped the island. There could be things the old engines couldn’t do back then. Also, you can say that with Marshmello, they were testing the waters. It was an experiment to see if something like a concert would work in the game. And it did! Now, they pushed the idea to its limits and brought another unique experience. There’s also your preference for which artist. You might like Travis’ concert effects but like Marshmello’s songs.

Impact on the Future

That said, these events provide a good way to pass time during this outbreak. Since we’re supposed to keep our physical distance from each other, a virtual space is a convenient meetup spot. Considering that real-life concert venues are packed with fans, it’s a safe way to enjoy this kind of gathering. You’re even safe from anyone who wants your spot since Fortnite weapons are disabled for these events. Nobody’s Fortnite stats changed.

That’s not mentioning all the special effect you can do in a virtual world. Sure, in real life you get lasers and smoke, maybe some stunts with wires, but you can’t let the concert-goers fly without potentially causing harm to them. Neither can you take them to a fiery landscape, an underwater area, nor the universe! Virtual space is brimming with the potential for hosting concerts in the most outrageous ways!

However, it’s not all good things. Big productions like concerts employ many, many people. From performers to backstage helpers, each one has a key role in providing the experience for fans. If we really do go the virtual route, these people won’t be able to earn their keep.

There’s also the experience of getting to physically see or meet your idol in the flesh. For some people, that is what makes going to these things worth it. It doesn’t matter that they had to wait in long lines, or sit (or stand) in the worst place to see the stage.

At any rate, we can look forward to more spectacular live concerts in Fortnite. As the trend continues, you can expect more personalities to take up this idea for as long as the virus is a threat. More than that, it’s a good way to take a break from keeping up your skills in the game. Why not enjoy a musical light show as you do? Fortnite trackers also get a break from recording and tracking stats.

There’s nothing to do but stand back and watch the show!