by Paid Placement Advertorial on August 13, 2020 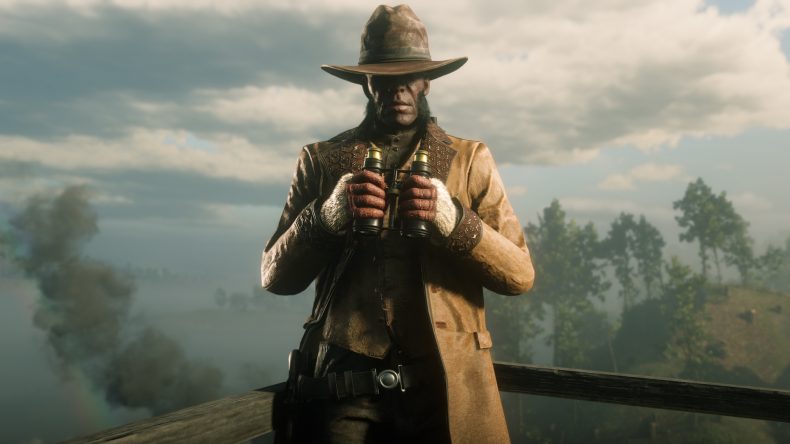 It is difficult to believe that it has been almost exactly a decade since the first Red Dead Redemption game was released into the world.

Few people at the time would have guessed that it would go on to become one of the most iconic and culturally relevant games in history, and still fewer would believe that the Red Dead franchise would go on to gross literal billions of dollars, becoming one of the most profitable video game series ever released.

According to a deep dive by the gaming magazine Polygon, the game was originally meant to be released by Capcom rather than Rockstar. However, they decided that the game did not show much promise or commercial viability and walked away halfway through the game’s development, leaving the team scrambling for a new benefactor. That was when Rockstar stepped in and stewarded the development of the western video game epic that is known the world over, later releasing the sequel that would go on to become one of the best-selling video games of all time, with over 32 million units sold.

But while RD2 tends to hog all of the spotlight, it’s worth exploring the legacy of the prequel that spawned it. Let’s take a look at the impact of Red Dead Redemption, a full decade after its release.

It is undeniable that Red Dead Redemption raised the bar for what could be achieved in video games, in ways that have changed how both developers and consumers approach the medium. For one, RD took the entire concept of open-world gaming to a whole new level.

Sure, sandbox titles and games with open worlds that were similarly sized to the sprawling western landscapes of RD existed before its release – such as Grand Theft Auto: San Andreas, which was one square mile larger than the RD map. However, no game had created an open world that was as incredibly rich and responsive as New Austin, West Elizabeth, and Nuevo Paraiso.

Every NPC interaction was unique, and virtually every building, outhouse, barn and ruin found in the game could be entered and interacted with, often containing unique and entertaining missions. Meanwhile, although the AI system employed in RD2 deservedly attracts a lot of praise, it is often forgotten that the system in the first game is the one that truly paved the way for a gaming world that constantly adapts to the reactions, preferences, and abilities of the gamer.

It was also, and remains, one of the most expensive games ever produced, with the New York Times estimating that it cost a whopping $100 million to develop. This is a figure that was unheard of in the industry at that time, and undoubtedly raised the stakes for future projects that were aligned with big studios like Rockstar.

A Renaissance for the Western Genre

One could argue that correlation does not equal causation, but it is clear that the release of RD precluded an unexpected revival of the western genre across a diverse range of mediums, which some cultural pundits have specifically attributed to the impact of Red Dead Redemption. This is perhaps most noticeable in the realm of Hollywood cinema productions.

After decades without a single major western film being produced, the 2010s were suddenly filled with them. The Revenant, The Ballad of Buster Scruggs, The Hateful Eight, Django Unchained, The Lone Ranger, Logan, and Deadwood: The Movie are just a few of the major westerns of the past decade that Hollywood would not have touched if they had been pitched a few years earlier. However, all of these films went on to make box office history and win critical acclaim.

In the realm of gaming, too, the western genre has arguably been revived by the success of RD. The once-ailing Call of Juarez franchise received a new lease of life with the release of its immensely popular 2013 title Gunslinger, which, it has been observed, shares plenty of thematic similarities with RD. Other hugely successful western-themed video games such as 2017’s Steamworld Dig 2 and Fallout: New Vegas can clearly be situated in the shadow of Red Dead Redemption.

The release of several other western-themed entertainment products can clearly be seen in this light too. There is the hugely popular western-themed board game Western Legends, released in 2018 to critical acclaim and huge popularity among younger audiences. Then there are western-themed casino games like Dead or Alive, a five-reel slot game that has spawned several sequels and spin-offs since its release. The title remains featured on the homepage of one of the largest online casino platforms in the world, which offers loyalty programmes and bonuses such as free spins to those that want to play Dead or Alive. One could even argue that the revival of western cowboy themes in contemporary music, perhaps best exemplified by the chart-topping Lil Nas X single ‘Old Town Road’, one of the most heavily-streamed songs on Spotify, is part of RD’s legacy.

Slowing the Tempo of Gaming

To conclude, it is also worth noting how RD taught us to consider open-world gaming in a more slowed-down, emotive, and cinematic way. Previous open-world releases such as GTA4 and Saints Row were all about making the open world your own, largely by destroying it with an increasingly outlandish array of advanced weaponry. What RD makes clear, in contrast, is that the world is not yours to tame. Rather, you must learn to cooperate with the forces of nature and understand that, in the wild west, every day can be a struggle for survival.

When that’s the case, sometimes all you can do is lead back on your horse and watch a beautiful New Austin sunset.