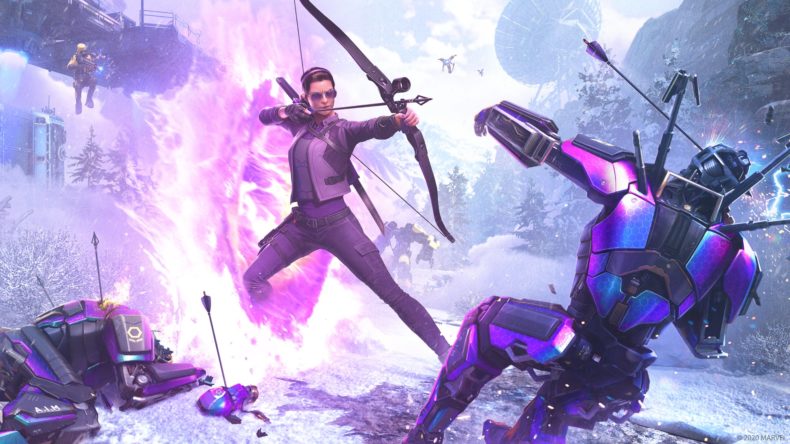 It has been a little over a month since Marvel’s Avengers released. Today, Crystal Dynamic has posted a State of the Game blog that details what players can expect from the game over the course of the next weeks and months, as well as the announcement that next-gen versions of the game have been pushed back to 2021.

The blog covers a number of topics including a number of player-driven features, details about late-game content and information about a player-appreciation bundle of Marketplace Credits, in-game resources, and an all-new nameplate that will be granted to all players who log in to the game between October 22 and November 5.

Included in the blog is a team announcement for the first of two post-launch Hero releases which are being shifted slightly with the new Operation Marvel’s Avengers: Kate Bishop – Taking Aim launching later this year. Furthermore, the game’s next-gen launch on PlayStation 5 and Xbox Series X/S is being moved into 2021.

For the meantime, PlayStation 4 and Xbox One versions of the game will be backward compatible on the new consoles with promises that players will be able to transfer their progress to continue playing seamlessly once the next generation versions are available. Both shifts in release date have been put down to ensuring that the team has the appropriate amount of time to deliver the best experience possible.

The blog also details some changes that are included in the 1.3.3 patch that was released on Wednesday October 14. The patch was released to fix a number of bugs as well as a new outpost, SHIELD Substation Zero, and new high-level Tachyon Rift missions that exclusively drop Cosmic Gear.

For the full details of what is to come over the next few weeks and months in Marvel’s Avengers, you can visit the full State of the Game Blog here, or keep track via the official Twitter feed.

Likes to shoot stuff and wear pretty shoes. Is a BEAST at Titanfall.
MORE LIKE THIS
crystal dynamicsDeveloper BlogMarvel's Avengerspatch notes