by Paid Placement Advertorial on March 24, 2021 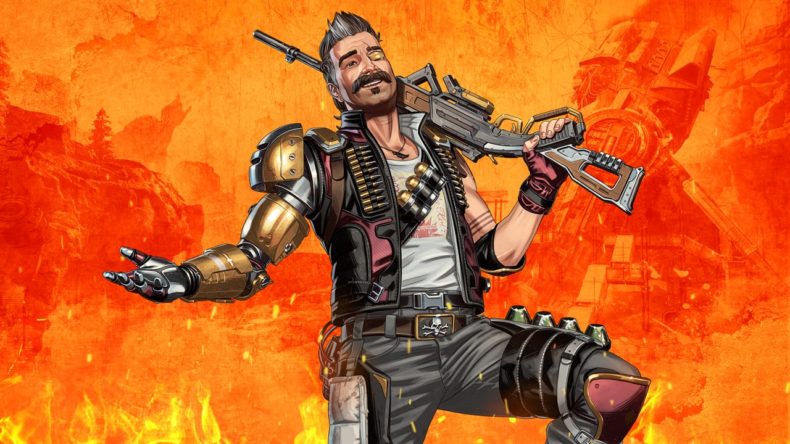 There is no doubt that Apex Legends has become a real contender to the crown of Fortnite, but it is still quite a different type of Battle Royale. It has a tremendous number of weapons, making it difficult to find the absolute best gun. There are several choices and combinations of weapons, so narrowing down what can work best can be tricky.

In every season, the Apex Legends weapons change, and when the new weapons are added to the game, the old ones are removed sometimes, while others face the glory of a buff or the wrath of a nerf. Therefore, Apex Legends has some guns that persist in being among the best weapons in the game no matter what.

Kraber is considered to be one of the best weapons in Apex Legends. Its body shots can even take out the legendry armor, while the headshots can instantly knock an enemy. This legendry weapon is powerful but can only be found in drops marked on the map by three blue rings.

While you may not be able to upgrade it with mods, but this doesn’t come into play as the sniper is just perfect out of the box. Kraber can output 125 damage to the body and 250 to the head. This devastating sniper is so strong that even a fully-evolved red Evo shield can offer no protection against it.

It came out of the supply drops with a handful of debuffs into the ground loot pool, but thanks to the easy-to-control recoil and huge damage output, Mastiff remains dominant. This shotgun can hold six to the magazine and can dish out 104 body damage and 128 to the head.

There is a significant drop from when it used to be available in the care pages, but now one can load it with regular Shotgun Ammo, which means that you can get more use out of this weapon than before.

Despite going through various nerfs since its reveal in Season 6, Volt SMG is arguably the top SMG in the game. Unlike any other energy weapons, one doesn’t need a startup time when firing the Volt, making it quite easy to fight off the enemies without attachments.

The recoil of Volt SMG is easy to manage, and you may see a little to no bullet drop. Players love to attach 2x Bruiser sights and an extended energy magazine to shred through the opponents, even though at the mid-range.

R-99 is a submachine gun that comes back from the supply drops and boasts incredible damage at a closer range. You will find R-99 to have the swiftest fire-rate in the game, and it can damage 12 to the body and 18 damage to the head.

R-99 is a great weapon to pair alongside any gun in the game because at close range, and it can dominate the opponents. Even if you run out of bullets with the shotgun or the assault rifle, you can switch to R-99 to finish off the enemies.

The Devotion boasts a higher ammo capacity of selecting Apex Legend’s Light Machine Guns with 36, but with the damage of 32 to the head and 16 to the body, one can say that there is a slight trade-off.

The Devotion surely has a higher fire rate to compensate, though it requires some time to wind up to full speed. You get lucky to come across a Turbocharger mod because then the windup time will be reduced notably.

There has been a drastic improvement in Triple Take, thanks to the fact that it has built-in Precision Choke attachment. Because of the three-bullet spread and rapid-fire rate, Triple Take has become a sniper rifle of choice for many players.

This sniper holds six in the mag & deals 69 damage to the body and 138 to the head if you land all your shots. If things get rough, Triple Take can be put in work as a rudimentary shotgun. Because of its versatility, it becomes an instant pickup for many.

From being put into the supply drops and made into a legendary weapon, Peacekeeper has suffered heavily. Once you pick it up, it has a short lifespan because of its unique ammo, but if you make the shots count, you can use it to a devastating effect.

It is surely a reliable two-tap to kill, with the damage output of 110 to the body and 143 to the head. However, in close-range fights, long reload times, and high recoil can be your downfall.

This is the fastest fighting shotgun offered in Apex Legends and is the one pure shotgun that happens to come in full-auto, and this makes it the most forgiving for those who don’t trust their aim. There has been a rise in its use because of the Double-Tap Trigger mod.

There are eight shots in the Eva-8’s magazine, and it does 63 damage to the body and 99 to the head, provided you can land every pallet. With the shotgun bolt, the performance of this shotgun can be enhanced.

Wingman is truly a marksman treasure, as it has been proven a favorite for those who fancy a good shot. It boasts the lowest clip-size and a fire rate of six per magazine, but it can deal 45 damage to the body and 90 to the head.

One needs to head to the firing range to get practice. It is worth noticing that the Wingman can function very well mid-range with the sight that is a favorite for everyone, the 2x Bruiser.

Carbine is the only assault rifle that uses the light rounds and holds a clip size of 18 rounds with the flatline that boasts the ability to fire in a single or an auto-fire. It may fall slightly short damage-wise as it does around 14 damage to the body and 28 to the head.

This great gun’s performance can be boosted with a mag, barrel, optic, and some stock options. R-301 can be a great option at mid-range and can deal big damage at closer quarters when on full-auto.

The majority of players select the Apex Legends weapons based on timing, but it is always a good idea to know each weapon’s full specs. Sometimes, a quick change can surely make a big difference in a game. You might utilize specific guns for specific scenarios if you are among the avid players. However, you can determine the best courses of action when you feel that an enemy is cornering you.

If are not sure which gun to choose or a certain mission is too hard for you, you can always ask a professional to help you. Boosting Ground offers you reliable, fast, and professional Apex Legends boosting services. You are given a wide variety of boosting types for completing a pre-set number of kills or wins, a specific achievement in the game, or any other activity offered by the game.