Get Super Squad free on Steam and the Epic Games Store 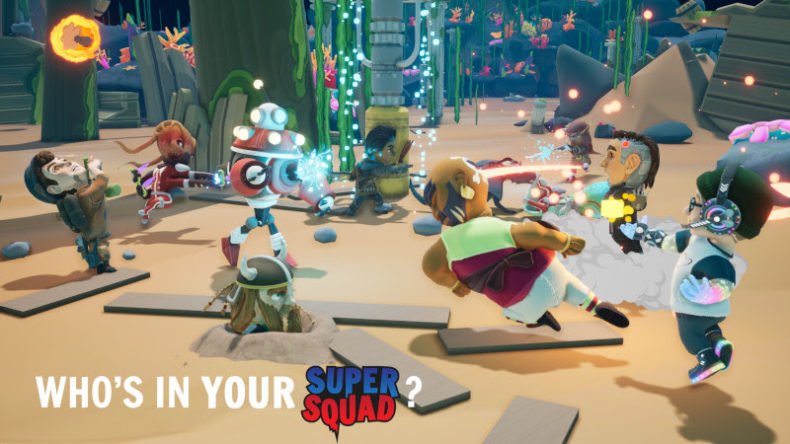 Bad Fox Studios has announced the launch of their Free to Play game Super Squad into Early Access today on Steam and the Epic Games Store.  Squad up and duke it out in a manic-strategic battle for domination. Tactics, teamwork and twitch reflexes are vital to claim victory.  Master top-down shooter controls, choose from a diverse roster of troopers, and fire off a myriad of map shaking abilities.

You can watch a gameplay trailer for Super Squad here:

Soldiers, aliens, pirates, and more collide in this frantic shooter. When military experiments on a mysterious meteorite go wrong, they tear a rift in the fabric of reality. Portals appear throughout the universe, sucking up troopers from across time and space to face off in feverish 5 v 5 battles for domination.

Smart team composition, slick co-operation and laser accurate skill shots are the ways to win in Super Squad. This is true whether hunting for missile keys to bombard the enemy stronghold on Military Base or warping to New Mars to assault the enemy mothership. Even if you’re keeping it classic and going head-to-head in the upcoming Team Deathmatch mode being quick is vital.

Super Squad launches with 12 playable troopers to choose from, 7 maps to traverse, and 2 modes to battle through. You can either purchase access to all troopers present and future with a Superpack, or simply jump in with the 6 free troopers that will be on rotation every 2 weeks. 2 new troopers will also be added to the roster every month, giving players new play styles to master, re-invigorating the team composition meta, and keeping the action fresh.

Download Super Squad for free from Steam or the Epic Games Store today.