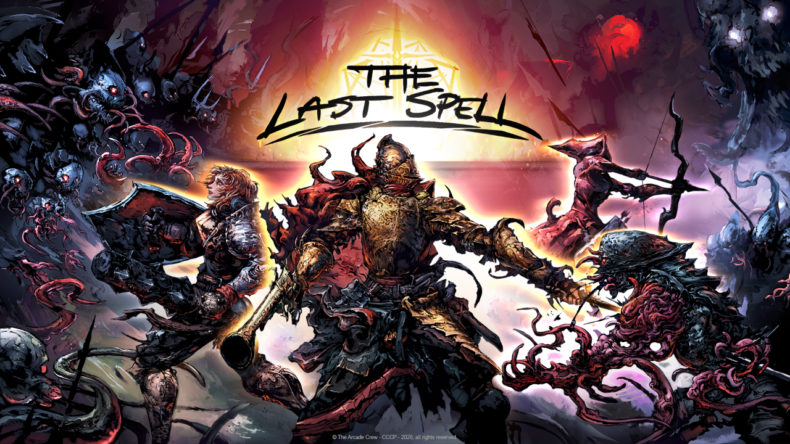 Over the last 12 months or so I’ve played my share of tactics games and yours too. From Gears Tactics to Othercide, XCOM: Chimera Squad to Fort Triumph. All offered something that made them stand out from the growing crowd, which meant I never got tired of sampling them. After a short break from the genre, I’ve recently taken a look at The Last Spell from Ishtar Games.

The big difference between this and most of its stable-mates is that it’s also a roguelike defence game. Oh, and it’s also great. It’s recently hit Steam Early Access, and I’ve been getting stuck in to see how it compares to other tactics titles.

It’s set in a world that teeters on the brink of destruction after a magical cataclysm and genocidal war against mages. As the few remaining magic-users prepare one last spell to save the world, your ragtag band of heroes will need to defend them night after night from hordes of monsters, zombies and demons. 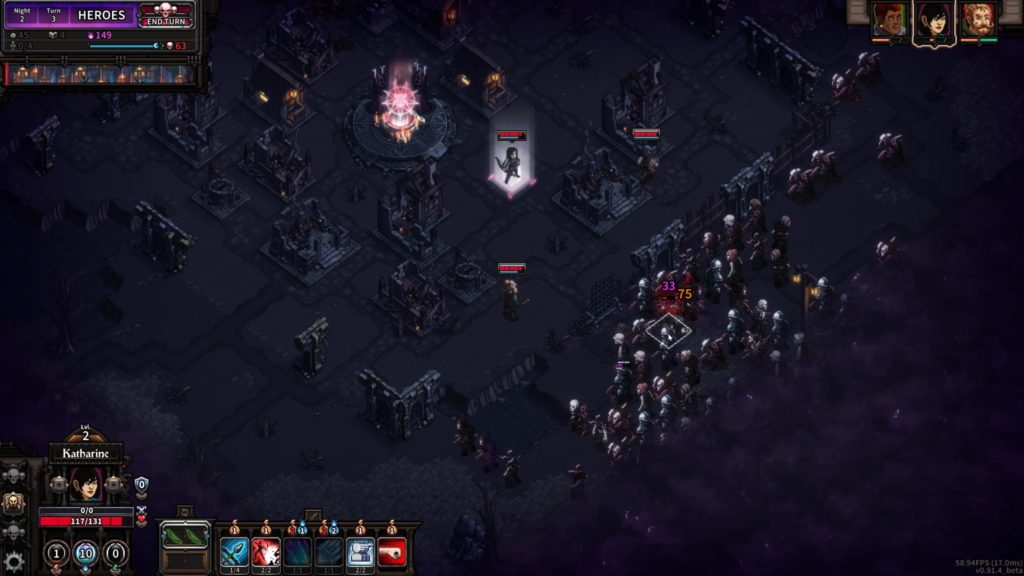 Each phase comprises one day and one night. In the former you’ll erect defences, buy armour, improve the status of the town, and scavenge supplies in the form of gold and building materials. In the night, you’ll engage in turn-based battles against overwhelming floods of nasties. Initially you’ll have three heroes (or four, if you opt for easy mode). These are random, but you’ll usually get a melee fighter, a ranged archer, and a mage.

All your characters have a set number of action points with which to move, attack and defend. You have quite a few, too, compared to most other tactics games. And you’ll need them too, as the enemy come at you in force. Purple arrows tell you where an attack will come from. At first you’ll only need to repel on one front, but after a few nights you’ll have enemies come from all sides. If they defeat your heroes or kill the mages in the centre of the map, the run is over and you’ll need to start again. 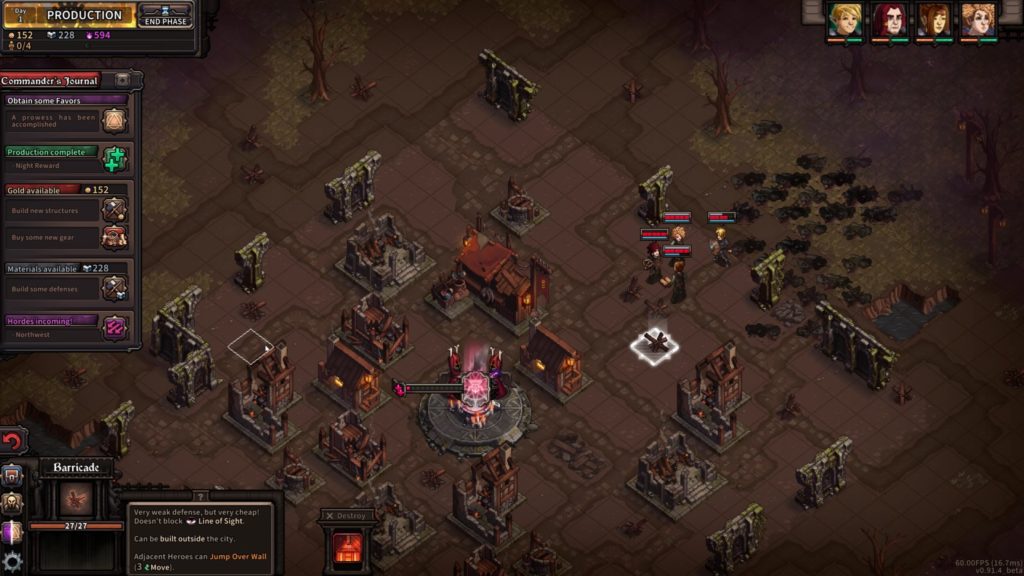 Like all good roguelikes you’ll earn currencies while playing to unlock permanent buffs and upgrades. These include extra hero slots, more starting gold, or the ability to craft stronger gear in the village shops. Two otherworldy beings exist in a place called the Oraculum. Here you spend accumulated points to unlock buffs, or tick off objectives to improve your town and starting options. It’s a solid system similar to Hades’ boons, and each thing you unlock is a massive help.

Heroes in The Last Spell can be outfitted with armour, gear, weapons and items. Unusually for a pixel art game, what you equip will alter how you look, which is a really important touch in a game like this. It helps you get attached to your heroes, and so when you lose one it matters all the more. HP and magic points may or may not be restored each morning. You may need potions and items to stay on top of your game.

Basic attacks won’t cost magic points, but more devastating spells and abilities will. These may be volleys of arrows, melee attacks that hit multiple enemies, or magical explosions. Even from the beginning, each of your heroes feels formidable, able to take out multiple enemies each turn. Despite this, it won’t be long before the hordes are too large to contain. For this reason, you can build defences to hold them back. You can also construct shops and crafters to improve your gear.

The Early Access portion isn’t huge, featuring just one town. The size of the world map suggests that there will be multiple towns and settlements added down the line. Yet, even at this early stage, The Last Spell feels like something special. The art style is lovely, and the roguelike elements feel natural alongside the turn-based tactics. When the full game is released, I expect The Last Spell to take a lot of people by surprise.

Senior Content Editor Mick has been playing games for over 30 years and writing about them for around 12. After drifting from site to site for a while, settling briefly at the now-defunct Made2Game and freelancing for the gone-but-not-forgotten NintendoGamer Magazine, he came at last to rest at Godisageek. Mick has been a reviewer, staff writer and content editor here for some time, while also moonlighting a little for Red Bull Games. He has 4 kids, has written 2 novels, and sometimes even manages to pay a bill or two. You'll usually find him defending the galaxy in Destiny 2, battling evil in Diablo 3, or lurking in the background on Twitter. Find him there @Jedi_Beats_Tank, or on XBL (JediWaster247), PSN (Jedi_Waster) or Nintendo (JediWaster).
MORE LIKE THIS
The Arcade Crew