Break it down: how do slot games really work?

by Paid Placement Advertorial on August 29, 2021 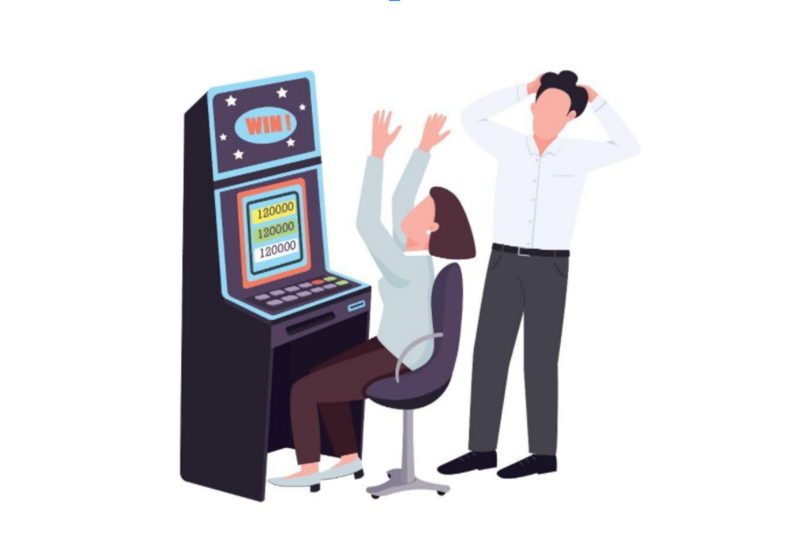 Slot machines have gone through many transformations over the years, from metal drums, to the invention of reels and then electromechanics to online and live casino games. How has the world of Slots managed to get to where it is today?

If you’re looking for answers, then you’ve come to the right place. Read on to find out more.

The original invention of the slot machine is often credited to American developers Sittman and Pitt who created the very first version of the much-loved game back in 1891. This consisted of five metal drums, filled with 50 playing cards. Using those cards, the objective was to line up winning Pokers in order to trigger a win. These first machines weren’t able to payout their own winnings, instead, players would need to go up to the bar and claim their prize.

Charles Fey was the next inventor to contribute to the slot machine evolution, creating the first machine that could, in fact, payout its own cash winnings. In order to put these developments into action, Fey had to simplify the mechanisms, switching out those five metal drums for just three reels. The card machines also transformed, and now there were five key symbols to look out for on the reels: hearts, diamonds, spades, horseshoes and a liberty bell. The latter icon was the highest paying symbol in the game, therefore Fey named his machine The Liberty Bell.

Moving on, and in 1907 the Chicago-based manufacturer Herbert Mills stepped into the picture with his own Slots contribution. He called this machine The Operator Bell, however, rules and regulations had taken a few steps back. 1902 saw a ban on slot machines being put in place, so when they were gradually brought back onto the scene, cash payouts were no longer in the picture. Instead, prizes came in the form of chewing gum and sweets that matched up with the fruity symbols that filled the reels.

The first electromechanical slot was developed in 1963 by Bally, vaguely resembling the gaming machines that we recognise today.

With the boom of the internet in the late ‘90s, online casinos started to form, giving players the chance to get their casino fix from the comfort of their own home. This would come with its obstacles, but on the whole, shaped the way most of us play today.

The main software that’s used with any slot machine that’s from a reputable site is the Random Number Generator (RNG). This generator continuously creates random number sequences that go on to ensure that the outcome of spinning the reels is fair and unbiased. All online casino sites that hold a legitimate license will have this software in place and should advertise this fact. If you don’t see a RNG being signposted anywhere on your chosen site, then we’d suggest you’d steer clear as the gameplay will likely be unregulated, and therefore unfair.

The RNG also dispels the myth that a slot machines previous spins has any further effect on future outcomes – winning or otherwise. A lot of players choose to believe that if a machine has recently paid out a jackpot, then it’s unlikely to dish out a win soon after. With a RNG in place, this is not the case.