As most people know by now, the PlayStation 5 has been updated to allow for people to add additional storage to their consoles. We can argue that there should be more space to begin with, but we’re here now, and we may as well get used to it. I’ve been looking for the right drive for a while, and after covering the CS3040 that comes with a heatsink, but that is too large to go inside a PS5, the CS3140 might be just right ticket, it seems.

So first of all the CS31040 doesn’t include a heatsink. It’s going to set you back around £150-200 depending on where you shop. Sony do recommend that you use a drive with a heatsink, and while I’m not here to disagree, as such, I have two M.2 drives in my PC that don’t have a heatsink and have been there for years. Consider that me literally putting a curse upon myself, right?

As with the previously mentioned drive, XLR8 is a subsidiary of PNY, who I’ve long trusted for all manner of hardware. From GPUs to these SSDs and beyond, they are at least a name you can trust. I think that there’s a concern when people read about this kind of technology, and that without a heatsink there’s almost a hyperbolic suggestion it’ll catch fire or fry your PS5, and that’s simply not true. The worst thing that could happen with an M.2 drive sans-heatsink is that it’ll throttle your speeds.

Tests for this sort of thing have been done, though often rendered pointless by being conducted with the PS5 case open and therefore additional cooling. And you’re mileage is always going to vary on things like this. Heat dissipation isn’t an exact science in terms of an individual setup. If you’ve shoved your PlayStation 5 into a tiny hole then yes, the CS3140 is likely to get a bit toasty after prolonged use, and yes the CS3140 might end up having throttled speeds. A good practice is to allow for space around these consoles, anyway. 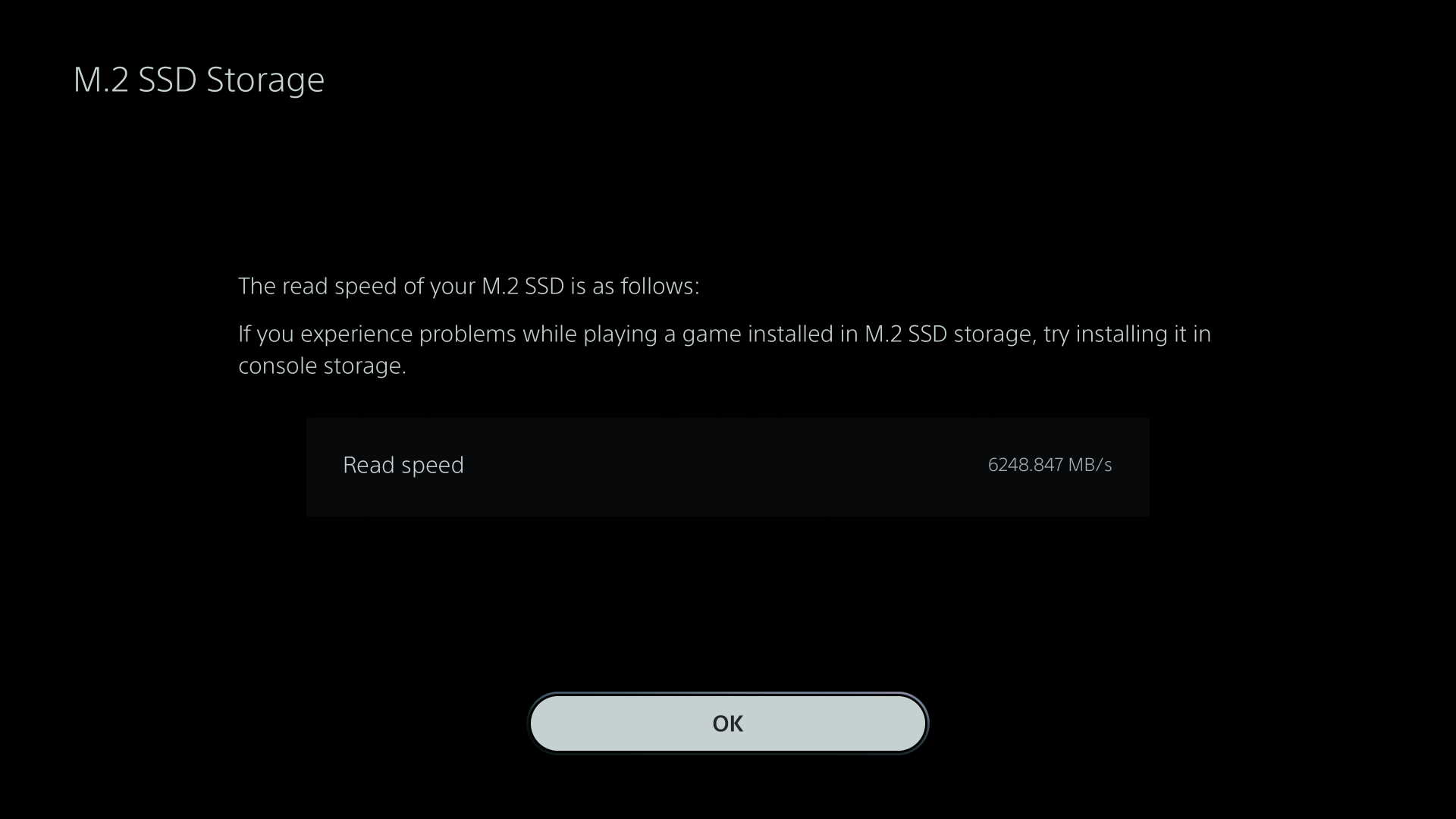 That said, I decided to go without a heatsink and just see how I got on. After over a month of playing PS5 games regularly, I didn’t notice any heat issues, or data throttle problems. I moved games I played regularly onto the M2 drive and had no issues with FIFA 22, or with any other game for that matter. I didn’t notice games downloading any slower to the M2 drive; no overheating warnings; and frankly, just no issues whatsoever. Of course, we’re entering the colder months, so that will have helped, but I’d be very surprised if during Summer this thing suddenly had problems.

Ultimately you can buy a heatsink for this drive, of course. And you probably should listen to the manufacturer of the console when it comes to what you stick inside your PlayStation 5. It’s more fiddly to install that I’d like, but that certainly is nothing to do with PNY or the XLR8 M2 drive, and it doubles the storage of your console within a few minutes.

it doesn’t appear that M2 drives are going to get any cheaper in the coming months, but at least PNY’s XLR8 is a name you can trust. Having used multiple different drives, I can report zero issues with this one. It’s fast, isn’t over-priced compared to some other names on the market, and does exactly the job it is designed to do. Another win, then, for PNY.