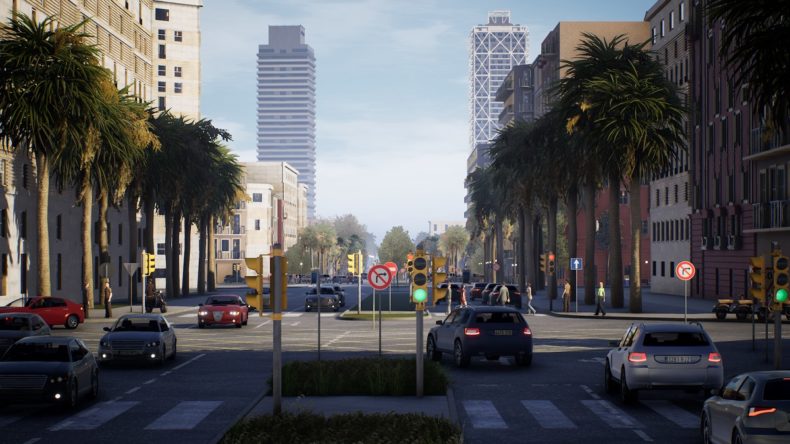 Simteract has announced their new game Urban Venture, a first-ever realistic urban driving and tycoon simulator set in Barcelona. It sees you aspire to own your own transportation company. As a professional driver, you’ll drive through the streets of Barcelona’s buzzing metropolis.

Everything real drivers face such as traffic jams, bumpy roads, and harsh weather will be just some of the obstacles you’ll need to overcome. You’ll drive clients, hire personnel, manage a fleet of cars, and more. The studio behind Train Life: A Railway Simulator are working hard on the very first “ride-hailing tycoon.” Urban Venture features an open world 1:1 recreation of Barcelona. The technology used to create the game features advanced city building, real-world data, and complex AI traffic simulation systems.

Urban Venture sounds incredibly ambitious. Opening your own company within an area of at least 20km2 seems nuts. Everything from food deliveries, fulfilling passenger requests, and simply obeying the rules of the road are just a small part of it. With realistic travel and pedestrians roaming the streets, Urban Venture has plenty of potential to be an ‘on the ground’ version of Flight Simulator.

While it’s a sandbox at its core, there are certain ways for you to reach the high life. Utilising the deep customisation and management tools will help you to build your empire. Once you’ve begun to get comfortable in the role and earned enough money, you can sit in your office and conduct business from there. Urban Venture comes with plenty of challenges, such as problematic drivers and real estate management.