previous
Sniper Ghost Warrior Contracts 2 has sold over a million copies
random
next
The Lord of the Rings: Gollum is coming to PC and consoles in September
0 comments

I, the Inquisitor gameplay revealed via new trailer 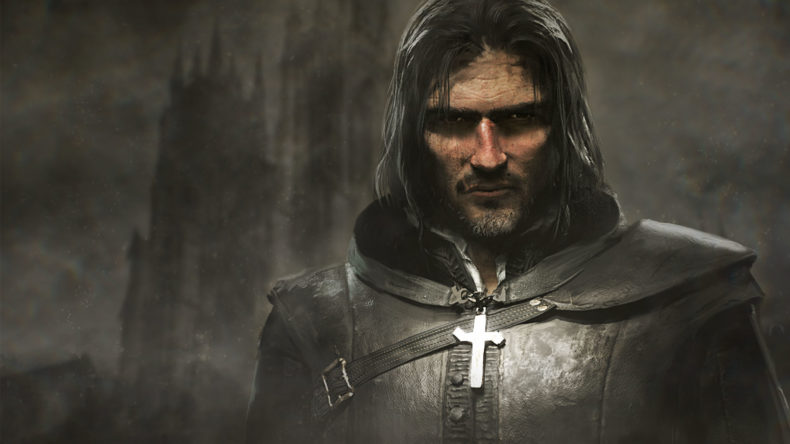 From developer The Dust, I the Inquisitor has had its first gameplay reveal trailer that gives an idea what it’s all about.

Based on a series of books by the same name in Poland (written by Jacek Pickara), the universe is set around an alternative history of a much bloodier and more vengeful Christianity. With a debut trailer below showing hanging corpses and other dark elements, it gives a good idea what you might be in for, should you become the Inquisitor.

It looks a bit like The Witcher, as well, though the visuals might need a bit more work going off this trailer, though The Dust do say that I the Inquisitor footage here is from a pre-release build and some “elements of the gameplay might change before the final release”.

Here’s the official synopsis of the game:

“I, the Inquisitor” is a story-driven, dark renaissance, action-adventure mystery game set in an alternate history 1500’s. In this world, Jesus did not die on the cross. Instead, he broke free from his crucifixion and unleashed bloody vengeance on those who did not believe in him. Centuries pass and now an army of zealot Inquisitors brutally enforce the faith of this blood-hungry Church that has taken hold in Europe.

You play as one such Inquisitor in service this The Holy Office – Mordimer Madderdin. Dispatched to the despondent town of Konigstein, you will be tasked with dealing with the various crimes and transgressions of the common folk, all while dealing with an ancient evil that is trying to take root around you.

Use your sleuthing skills to uncover clues, secrets and suspects. Use cunning or threats to get the answers you need. And finally, make the difficult moral judgments to decide the fates of those under your investigation. Will you show mercy for their lapses or will you unleash holy cruelty as is expected by the faith?

In the press release we received, there’s mention of a full sword combat system, as well as persuasive interrogations, and a suggestion that the game is a non-linear tale.

I the Inquisitor is coming to PC (via Steam), PS5, and Xbox Series S|X.