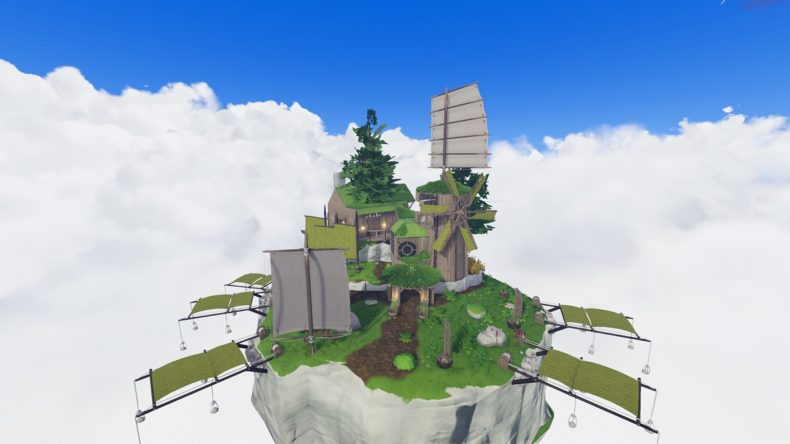 Along with the demo update for Aloft releasing, Astrolabe has also released a trailer to celebrate, detailing the new content in all its glory. According to the Steam page’s synopsis, Aloft has you “survive on floating islands caught in an eternal hurricane in this atmospheric sandbox survival indie game. Build your base and sail the winds to discover new islands and fight back fungi corruption while upgrading your gear. Reach the highest altitudes and brave their challenges.”

“Our team is honored for the accolades Aloft has received from esteemed members of the industry so far. It is a testament to the game’s sense of wonder, ingenuity, and unbridled fun,” said Manuel, CEO of Astrolabe Interactive. “We are excited to participate in more Steam festivals this year to show off all the improvements we have made to Aloft’s popular demo since its debut last summer. Get ready to set sail on an overhauled floating island adventure.”

Although Aloft isn’t ready for release just yet, the key features expected to be included at launch are as follows:

Video games are cool. Don't let anybody tell you any different.
MORE LIKE THIS
demo update