previous
The King of Fighters XIV Review
random
next
Shiren The Wanderer: The Tower of Fortune and the Dice of Fate Review
0 likes

Alone With You Review 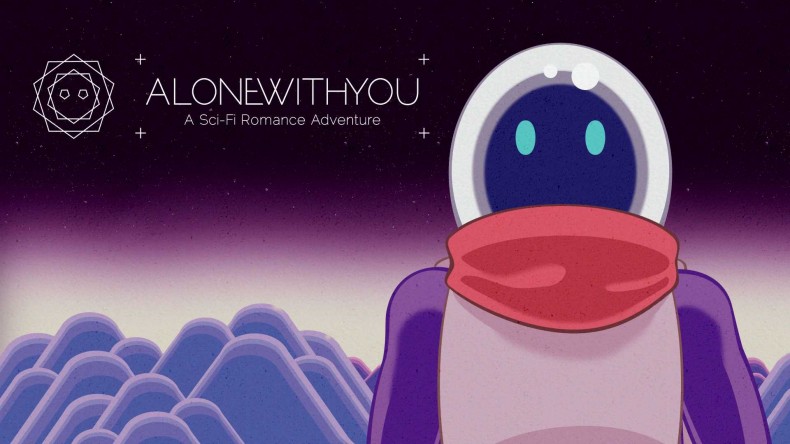 Alone With You is a short game which delves into some interesting topics without hitting you on the nose with them. Along with a beautiful art style and soundtrack, it’s a nice game with a well written story, but mundane and needless busywork heavily weighs down the overall enjoyment.

It’s set decades into the future and the good ol’ human race have finally made it to the point that they’re looking to colonise and live on distant planets. One such planet, with rocky mountains and a constant downpour of acid rain, is where Alone With You is set. Two colonies have been on the planet for sixteen years, trying to make it suitable for sustained life, but a cataclysmic event has laid waste to all the progress that was made along with every person who was living there – apart from one, that is. You play as a wee little purple spaceman who proudly wears his scarf like Chris Jericho. His only company is the AI that helped run the place when it was fully operational, and now has no other task but to keep you safe and get you off the dying planet. So that’s what you do, and the AI tasks you with missions to go to different buildings of the colony and discover research or salvage spare parts that will help you fix the damaged escape ship.

These missions vary in quality and usually just revolve around you having to find easily found passwords or solving rudimentary puzzles to gain access to terminals and unlock doors, you explore each area and as you find useful things to fix the ship you also begin to learn about what happened in every separate area. Even though humans have managed to travel to another planet in another world, they are still unable to get other petty arguments, egotistical power struggles, and can’t stop falling in love. I thought it was a nice, subtle way of commenting on the human condition without stuffing it down my throat. Also, the final mission is actually really, really good. It’s not too difficult, but it does require whipping out the notepad and pen and it was massively satisfying to get right. I just wish there were more puzzles like that in earlier missions. That one actually felt like a challenge, rather than just an obstacle that’s stopping me from getting to the story and to make the game feel longer. Which is where Alone With You really stumbles. Despite there being lots to like, it’s just filled with unnecessary busy work that can make the actual playing feel dull and monotonous. Every time you return home after doing a mission you have to check in with the AI core, then walk to bed, and then you have to go the holo-chamber, and then you have to go back to bed, and then you wake up, then you have to go and see the AI again, and then you have to… well, you get it. It’s even boring when I’m writing it out, right? It makes little sense that you have to constantly go and check in with the AI when the AI is talking to you during every mission. It makes me wonder if developer Benjamin Rivers felt that he had to make Alone With You more “gamey” or longer in time, so added this padding which only makes it feel bloated. Especially since so many transition scenes (like the character driving to and from mission, and the opening of doors in the home colony) are exactly the same. They got so repetitive that I had become convinced that a twist was going to happen at some point, that I’d open the same door for the 186th time and there’d be another figure standing there waiting to jump me, with Rivers’ first game being the horror title “Home” it just gave further fuel to my theory, but it never occurred.

It’s quite a good job that Alone With You does look and sound wonderful or my patience may just have snapped. The art style has a retro, pixelated look with a nice colour pallete mainly consisting of purples, blues, greys, and pinks. A filter gives a nice comic book like effect which adds to the whole sci-fi novel thing. The soundtrack (by Ivor Stines) sets the perfect tone for the world, with heavy synths and head-bobbing, mellow beats. I mentioned the “holo-chamber” and that involves the other most interesting aspect of the story. After you return from each mission you will go into the holo-chamber to talk to the hologram constructs of the leaders of each different area. They have gaps in the memory from where their real life counterparts stopped uploading, but are otherwise a true incarnation of them and they offer conversations about their lives back home and how things went in their respective areas. The conversations are all a bit mundane, but I think they are quite realistic, too, and this really helps you become connected with the AIs. Alone With You is marketed as a “Sci-fi romance novel” and while the “romance” bit is overplayed by being in the title, a connection of some sorts is definitely built with the holograms.

There are plenty of narrative choices your character can make with what they say to the various AIs, but the final one doesn’t have much impact as I can’t imagine anyone picking the second choice that’s offered in the end. That said, I also thought the story “twist” wasn’t that grand either, but I did think it remained realistic within the story and again touched on some interesting subjects with maturity, especially in regards to artificial intelligence.

So while there is a lot to love in Alone With You, the really unneeded heavy padding just about stops me from singing its praises, but at a cheap price it’s certainly something I’d recommend you check out if you have a free, lazy Sunday.

There’s a lot to love in Alone With You: the wonderful art style, the synth soundtrack, the well written story, and the way it touches on interesting subjects being just a few. However, unnecessary padding and busy work really drag the overall enjoyment down.