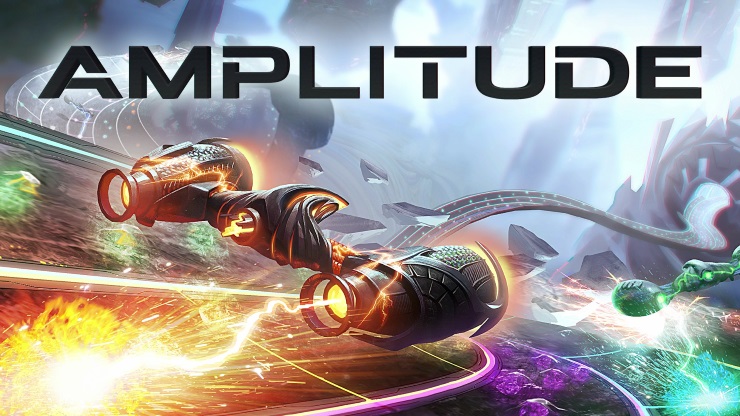 Rhythm games have seen a renaissance as of late; Rock Band 4 and Guitar Hero Live came out last year after a lengthy hiatus to decent reviews, but they aren’t the only rhythm games to make a comeback. After eleven years off the grid, the much-loved cult hit Amplitude is back, all thanks to a successful Kickstarter campaign.

This reimagining brings back all of the features and fun of the original with a brand new, custom-made soundtrack that is undoubtedly the best feature. Unfortunately, after a few hours, you may find that its simplicity will wear thin, and unless you’re a glutton for punishment, its basic approach to the rhythm game genre will have you feeling like Bez after an all-night bender.

From the moment you start playing, you’ll notice how basic the core game is: pick a song and play through it in one of the two game modes, quick play and campaign. In quickplay, you can play through all the tracks you have unlocked and engage in the addictive score attack system. You don’t always have to play alone, as there’s a competitive multiplayer where you can team up or face your friends online.

The campaign has a somewhat tenuous sci-fi story and it doesn’t really have anything to keep you interested. For a game that doesn’t offer anything more than the continuous playing through of tracks at different difficulties, it is a shame that this mode is as weak as it is. Still, it doesn’t pride itself upon its storytelling and it had no bearing on my overall enjoyment, even if it was short and sweet. Amplitude is designed for people who want a challenge, and it doesn’t disappoint.

Trying to play through the tracks on expert is ridiculously hard. The awful clunking of the music (due to me missing every note) forced me to crash out after barely 20% completion, and after missing practically every note it was too much to take. For those of you that adore a challenge, this game is perfect. I’m sure the satisfaction of reaching the end of a song on this mode will be euphoric, but unfortunately, I never got to see it. One day maybe.

You get to choose between different spaceships that shoot at different notes through the duration of Amplitude’s many songs, and the higher the score, the more boosts and songs you unlock, and the better your energy is. Amplitude is fun. In fact, the three-button/trigger approach makes it easy to pick up, and within no time you’re playing along. Each track is split up into multiple tracks that have you choosing between instruments like synths, guitars, drums, and vocals. The basic layout and the fluidity at which you can transition between them helps the songs to come to life as you play. 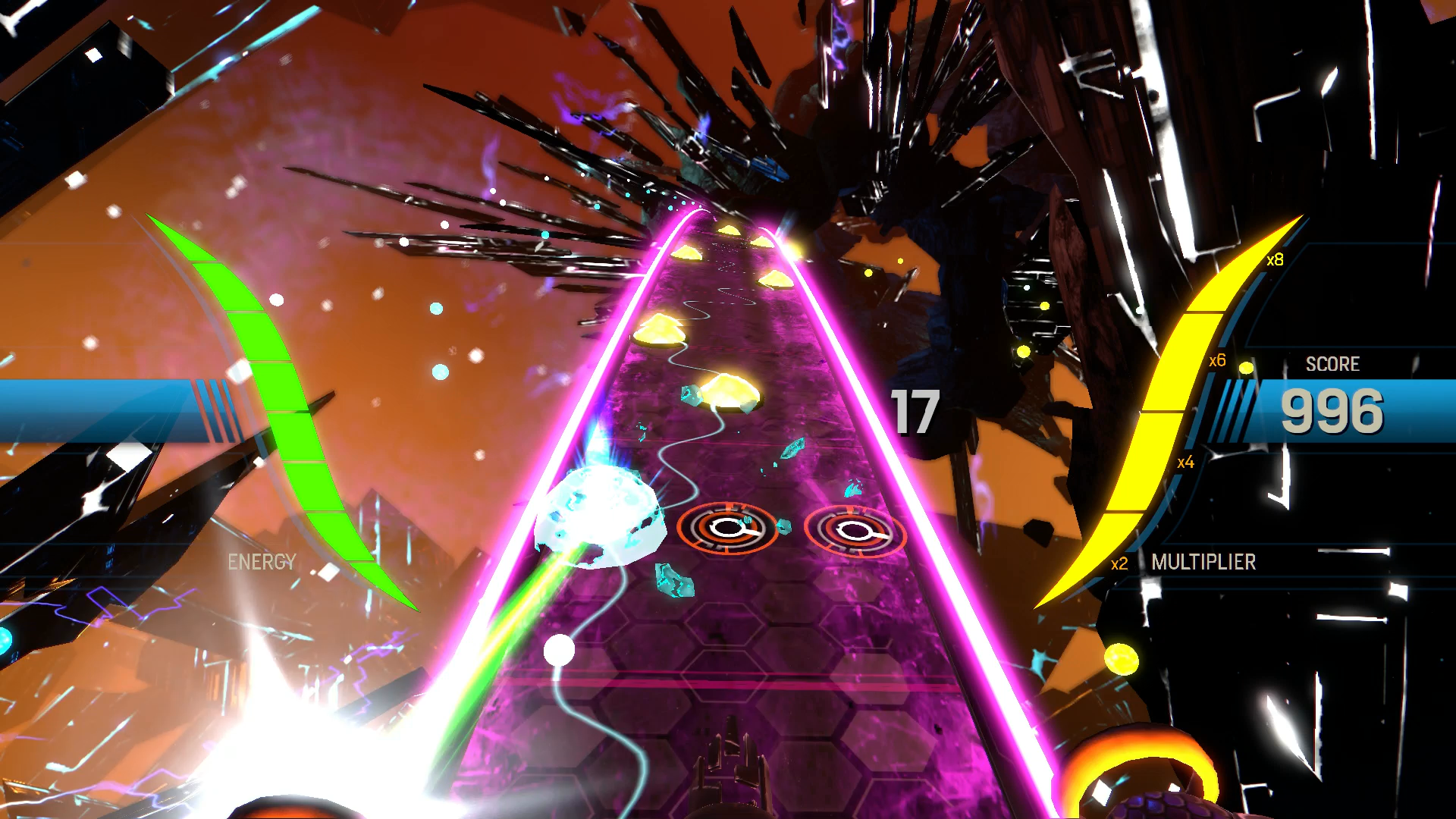 There are a selection of power-ups that you can use to help you progress through each song. For example: using cleanse will destroy the next bar of music and give you the points for it, or using flow will have you ascend to the sky and allow you to freely move around without having to hit the notes; still giving you points in the process. These power-ups add another level of gameplay and help to break up the repetition a little, and in multiplayer there are certain boosts that are specifically aimed at slowing down your opponent, helping to give you the edge.

The music itself is incredible. There is a varied mix of electronica to keep everyone happy, and discovering each one is ridiculously exciting. Think about the first time you played Hotline Miami: prepare to feel that love for a soundtrack again. With its scorching music comes basic but brilliant level design. The visuals come to life as you hit more of the notes, and the environments interact with the beats of the song. You may struggle to notice all of the beauty in it because you have to focus heavily on what buttons you need to press, but there will be moments when you’ll be able to look around and appreciate the vibrant, neon arrangement of its design.

This is a rhythm game that doesn’t have lots to offer in terms of gameplay, but the time you do spend on it will help you to appreciate the work that has been put into making it aesthetically pleasing, easy to play, and enjoy. The soundtrack alone is a good enough reason to pick it up, but the level design and simplicity are other great features, and if you like near impossible levels of difficulty, then grab Amplitude and play until your ears bleed and fingers wear away.

Repetitive after a few hours.
Not much to do beyond the main game.
Advanced and expert difficulty will not please everyone.

Amplitude has a great soundtrack and is really addictive, but lacks any real longevity or appeal beyond the first five or six hours of play.

Orbital Bullet review
Evil West | 6 Tips to get you started
Pokemon Scarlet and Violet Legendaries | How to find and unlock Legendary Pokemon
The Devil in Me | How to keep everyone alive
The Devil in Me | How to kill everyone
Escape Academy: Escape from Anti-Escape Island Complete Walkthrough
Escape Academy Take to the Skies Walkthrough
Social Media
SUBSCRIBE
All content copyright GodisaGeek.com
Fonts by Google Fonts. Icons by Fontello. Full Credits here »
Posting....