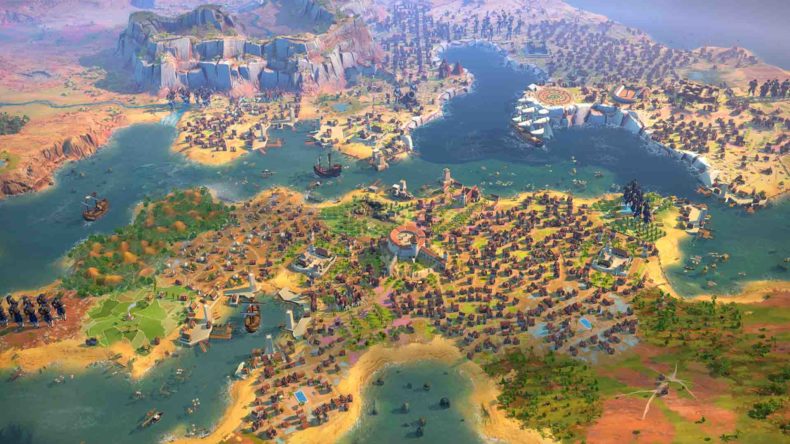 SEGA and developer Amplitude have announced the first major expansion for Humankind, called “Together We Rule”, and it’s coming later this year.

Amplitude says that “we’ve always wanted there to be more ways to win than simple military domination. And while the game’s unified victory condition, Fame, was a first step towards that, we’re now ready to take things much further with the introduction of our first major expansion, Together We Rule. New features like the Congress of Humankind, Embassies, and Agents will help players see the world in a new light and resolve conflicts differently”.

Here’s what you can expect in the expansion:

Embassy – Use this new Quarter to sign agreements that are beneficial for both empires, like joint training or research agreements. Or use your Leverage currency to force an empire to take specific actions to your benefit, like lowering war support or enforcing demands.

Agents – Use this new unit family to gather Leverage. They will also allow you to infiltrate, sabotage and disinform other empires.

Diplomatic Affinity + 6 New Cultures – The new Diplomatic Affinity allows its cultures to have a more active role in the world’s diplomacy. Their Active Ability allows them to demilitarize a territory for 10 turns, while their Passive Ability allows all their units, beyond just agents, to collect Leverage. The 6 new cultures are the Sumerians, the Han Chinese, the Bulgarians, the Swiss, the Scots, and the Singaporeans.

As for what’s next, Amplitude also release the image below, detailing info on a new large update coming alongside the expansion that will be free. 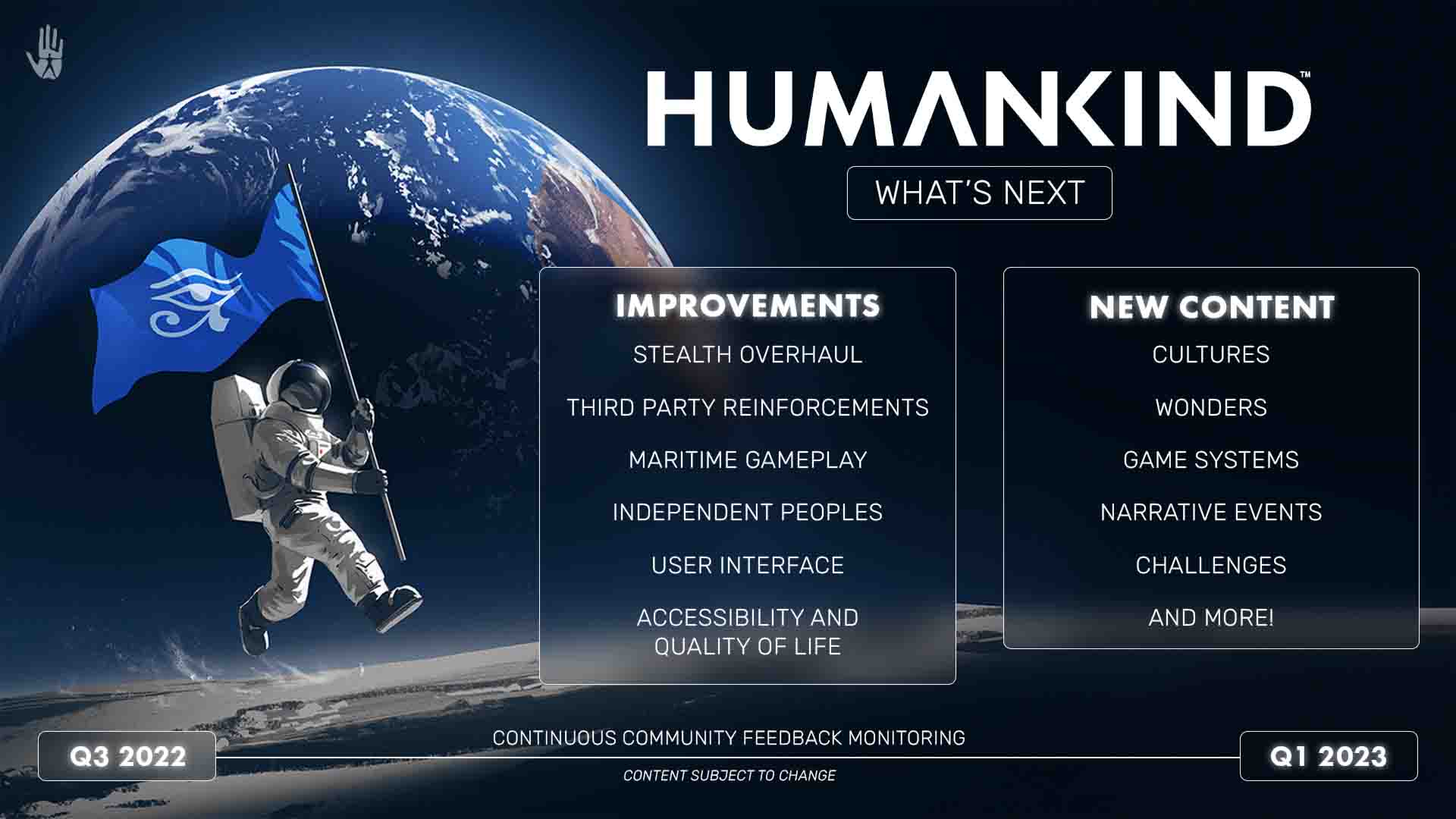 Humankind “Together we Fall” expansion will be released later this year.