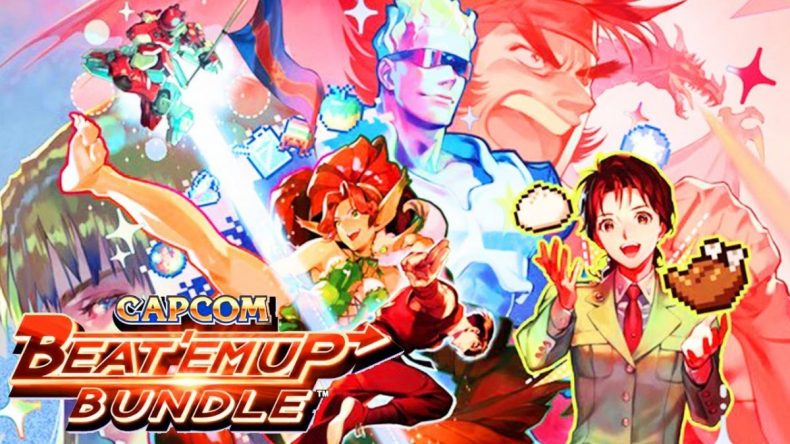 No doubt many of you of a certain age will have fond memories of the 2D side-scrolling beat ’em ups of the late 80s and early 90s. Games such as Streets of Rage and Golden Axe are fondly remembered as the hallmarks of quality from the era. It’s no surprise then, especially as retro gaming is having a bit of a renaissance, that we would have a release of some of Capcom’s best-loved beat-em-ups in one collection.

The compendium consists of 7 titles, with two – Armored Warriors and Battle Circuit – having never been playable before on consoles, previously having been confined to their traditional arcade home. All are your fairly standard fare, with the most notable and memorable being Final Fight, and it being the one that will likely grab your attention first. The titles have remained largely unchanged in the 20-30 years since they were first created, which for the purists will be perfect, but for others, will make their experience feel very stale and shallow very quickly. You see the obvious draw of having a collection of the same genre is you can appeal to its fans. However what it also means in practice is due to the similar nature of the games (one button to jump, one to attack, beat enemies, repeat) is that going from one to the next feels repetitive despite the different settings and slightly tweaked movesets and character choices. So pretty quickly, you’ll want a break from it once you’ve played through one to completion, and that kind of makes the compilation a bit redundant. The options at your disposal are a bit of a mixed bag as well. You get the option of playing the English or Japanese version of each title, and during play you can customise the wallpaper either side of the screen in a similar way to other retro collections. Aside from these largely cosmetic changes you can also make adjustments to the difficulty before you start. You have the option to alter the fundamental level of difficulty, the rate at which the difficulty increases during the game, or the frequency with which you are rewarded extra lives. On the face of it, this is a great set of options that allow you to customise the experience to your skill level, and desire for challenge. Except it isn’t. The decision to turn all these Arcade experiences into “Free to Play” translates into an unlimited amount of continues. This means that all of that customisable difficulty is irrelevant because you can just keep continuing and chipping away at the enemies until they all eventually die and you progress.

This decision of unlimited continues does make sense from an accessibility standpoint. You want customers to enjoy the experience on offer, and as they have paid for the bundle they should be able to sample all of it. On the other hand though, it removes the challenge completely, and when you consider this was the big draw in the arcades – to see how far you could get, and try to beat your high score – what Capcom have actually done is undermined the adventures completely by making these experiences pedestrian. I found myself approaching challenges with more apathy than I should have any right to, because I knew I had the safety net of infinite lives and as many second chances as I needed. One addition that is new is the ability to play online with friends or strangers. Assuming you can find someone looking for an online experience in your chosen title, the connection and online play is fairly smooth and straightforward. It plays very much like a local multiplayer experience would, just without the need of a friend in the same room. Sure you still have to deal with the standard amount of people quitting, but luckily you can still carry on your progress if this does happen. Overall the inclusion of online play is a successful one that works as well as can be expected.

Fundamentally, Capcom Beat ‘Em Up Bundle is a bit of a flawed experience, and not just because of the dated games that are available. The removal of any semblance of challenge by the Free to Play dynamic removes the lifeblood of what made these arcade games great in the first place. And having seven of them side by side simply highlights how similar, and therefore unforgettable, some of them are. Final Fight is undoubtedly the jewel in the crown here, and it shows when you compare it to what else is on offer. Purists and die-hard retro fans will have a blast here though, because of how faithfully the originals are recreated, and the draw of playing two new-to-console titles will be enough for some to take the plunge. Others though will likely take their time and money elsewhere and leave their nostalgic memories in the past where they belong.

No challenge
No real additions to core gameplay
Repetitive titles

A compilation that will appeal to die-hard fans mainly. Others might fancy a dabble but will soon be put off be the repetition and lack of challenge before moving on to something else.

You may also like
Capcom Beat ‘Em Up Bundle