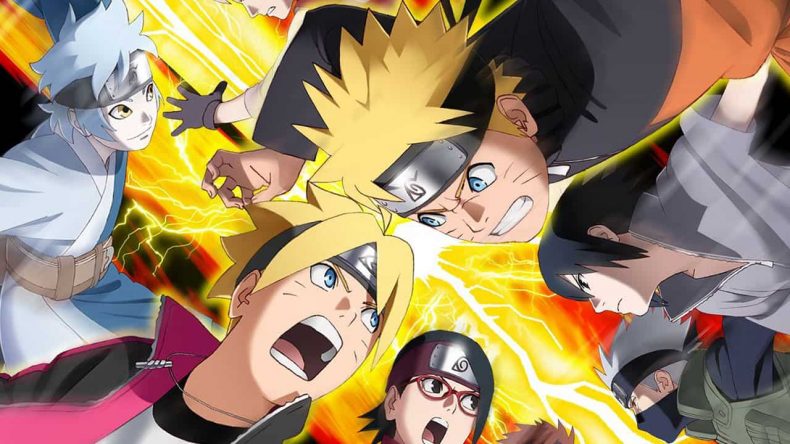 I’ll tell you something, my wife would have killed me if I’d have suggested calling our son Boruto. I started watching Naruto before I started dating her, so that was over 12 years ago; I really enjoyed the adventures of the talentless ninja who more than made up for his shortcomings with sheer determination and hard work. Eventually I grew fed up with terrible filler and stopped watching the anime and moved on to the manga instead. It was quite a ride, and at the end I had tears in my eyes, not because of it ending, but because of how the character had grown. Thing is, even with all that, I still can’t get behind the name Boruto.

Boruto is Naruto’s son, Naruto now the Hokage of Konoha village oversees the running and protection of the village while his son makes trouble. The new manga isn’t drawn by Masashi Kishimoto, but he does look after its development while Mikio Ikemoto illustrates. While Boruto the series gets enough content to make full fledged games, Naruto to Boruto: Shinobi Striker is here to bridge the gap and fill in for fans while they wait. The thing is, instead of coming up with their own story like anime filler does, Soleil has instead created a 4v4 online battle game with single player content, but we’ll get to that in a bit.

So, the idea here is that you make your own Ninja avatar out of a set of basic customisation options, then choose a fighting style and go to battle. You can choose to be a fighter, and battle close up, a ranged ninja who specialises in Jutsu designed to keep enemies at a distance, a healing ninja who, well, heals, and a defence ninja who can use their Jutsu to create great walls to prevent people from attacking or reaching points you need to defend. Essentially this is a Naruto themed hero shooter, but you customise the character. As you win you unlock further customisation options and level up your character, which doesn’t seem to do much apart from put a number next to your name so people can see how experienced you are. Aside from this, the game allows you to choose some notable ninja masters from the series to learn from, what this boils down to is a bar next to them filling up with points based on how well the mission went. When the bar fills up you either get a new move from their moveset, or a customisation option from their costume history. You want to wear Naruto’s trademark orange jumpsuit? Then you better put the time in. On a side note you can change your senpai as often as you like giving you multiple teachers to learn from and a diverse moveset to choose from for your fighter(s).

Aside from fighting online you can put time in to missions in the VR training area. Here the game tasks you with fulfilling a mission objective in solo missions (with your aforementioned senpai) for rewards, or you can get friends together and complete them in a group. Not all missions are opened straight away and you obtain new ones by speaking to the NPCs dotted around the village Shinobi contest hub, if you can find them that is. Victories here once again earn you xp, customisation options and also extra kudos with your senpai for their stuff.

The missions, however, are just a distraction from the main course that is the online play. Running up the stairs to the Hokage estate you can choose to free play or to enter the Ninja League. Either of these modes has preset game types that rotate on a weekly basis, it could be one or several of the modes available from 4v4 battle, flag battle, barrier battle and base battle; all of these are something you will have found done better in another game at some point with the exception of one. Flag battle is a Capture the Flag mode, Base is where you hold points on a map to accumulate points, and the regular battles are just whoever racks up the requisite amount of KOs first wins; where it changes up though is in barrier battle. In this mode one team attacks and the other defends; this mode that sees the attacking team needing to pull up two stakes located in the map, only then does a barrier around a hulking boss disappear allowing you to attack it. You’ve then got to deal as much damage as you can before the barrier reappears and you need to repeat the process, all the while being attacked by the defending team.

These barrier battles are very long, with good reason, the boss health doesn’t go down fast, especially when you’re trying to fend off the defending team as well; what also happens is that the boss changes location halfway through the fight. It’s an incredibly tense but thrilling mode and I cannot express to you how amazed I was that I got the final blow with a Rasen Shuriken with only three seconds to spare.

Anyway, now I’ve made the game sound exciting it’s time to bring this all straight back down to earth. An online game lives or falls by its variety and Naruto to Boruto suffers here. There are only five arenas, and while they look like places you could find in the anime they are so devoid of life that it’s hard to not be disappointed. For instance, there’s a arena set in Konoha village, there’s not a single person wandering around, no shop signs, nothing, if you weren’t told it was Konoha village you’d assume it was just a generic battle arena. Then there’s the rotating modes for online battling, if you like a particular battle type you could find yourself without your preferred mode for weeks, which isn’t ideal. What is good, though, is that the fights feel like Naruto anime fights with completely OTT special moves flying all over the place, substitution jutsus, shadow clones, great big swords and hand signals. The arenas are big spaces full of verticality and they’re great to traverse too, with practice you can easily get from end to end without touching the floor, or you could be like me and fall to your doom constantly.

Another thing that needs to be said is that the art style is top notch. The texture work here is akin to a watercolour painting, combined with great stark cel-shaded lines creates a look very close to a combination of the anime and a Shonen Jump cover, and as the range of customisation options expand you’ll find yourself with so many ways to create your own ninja.

Shinobi Striker is good, but it feels like what it is, a stop gap. It’s not really got enough content to make the battles feel varied enough on a regular basis. Creating your own ninja is a great way to create ownership of a character in this space, and you can play as an existing character too, but that isn’t nearly as fun as making your own. If this gets some considerable post-launch support this could be good, but the lack of arenas just means this doesn’t really feel like it can hold attention for long, servers currently feel a little barren with matchmaking taking a while to finalise if it doesn’t fail completely. As a full priced product Naruto to Boruto just feels lacking, a bit like anime filler.

Despite its dumb name Naruto to Boruto: Shinobi Striker can provide a good time, but it needs much more variety in its online play to be worthwhile.

You may also like
Bandai NamcoNaruto to Boruto Shinobi StrikerPC