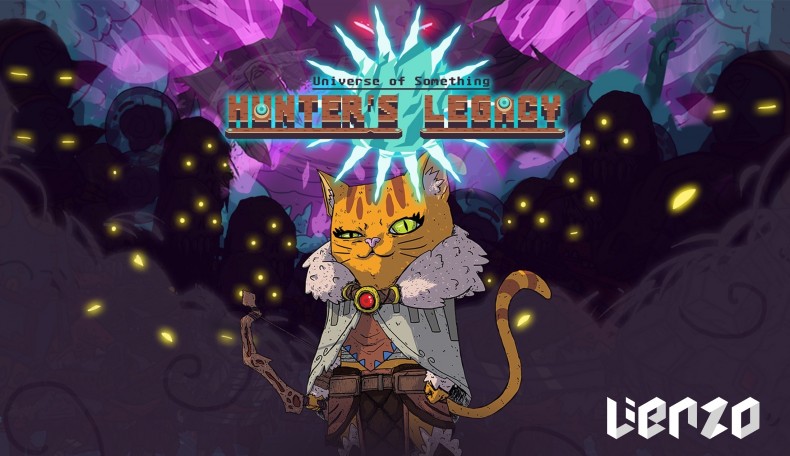 I think it’s official: people like their gaming hard nowadays. From Dark Souls to Shovel Knight by way of FURI, we’re seeing a rise in the quantity of titles that are just plain difficult but enjoyably so. Now, Mexican developer Lienzo has offered up a feline-led Metroidvania called Hunter’s Legacy.

The Iripur are a race of anthropomorphised cat people living in peace until one day, the Fang of Alliance is stolen and it’s up to Ikki, the Huntress of Un’Amak, to retrieve it by running, jumping and slicing through a series of interconnected locations. Certain parts and secret areas are walled off behind scenic elements that you can’t handle until later. Beating bosses will grant you new abilities, allowing access to these aforementioned area, hence the Metroidvania vibe. Ikki herself moves around well enough, with the usual repertoire of actions to navigate the complex level design. She can melee attack in four directions and, when attacking from range with her bow, is able to fire at any angle. Her health can be upgraded with gems found in chests throughout the game, and further upgrades for weapons can be done using the same process, but will require ore, which is much harder to come by as it’s squirreled away in secluded corners that can only be found with repeat visits to old areas.

The worlds are well crafted–each jump and trap is placed in just the right place to delight and frustrate you. I can’t tell you the amount of times I got caught in scenery designed to impede my movements while trying to escape from a group of enemies; sometimes going a bit slower and evaluating your options is better than a hurried dash. There are some great original ideas too, like enemies which adapt to the hot or cold elements they touch. These then latch on to you and either raise or lower Ikki’s temperature over time, eventually causing damage when the gauge maxes out. What makes this a good idea is that these can be used to regulate Ikki’s temperature in sections where the temperature goes the opposite direction. For example, an area of intense heat is preceded by enemies that adapt to the cold; by letting them latch on to you, you’ll heat up slower as you move through that area. This isn’t perfect though, as Ikki’s damage animation is set to a knockback, and if you’re not quick enough in these sections, you’ll start to get hurt. Once this happens, you’ll pretty much have to accept defeat as the knockback frequency will prevent you taking more than a few steps between hits, giving you not enough time to escape. I got caught in a loop where I could see safety, and was jumping up to grab the ledge to pull myself out. However, each time I grabbed on, the damage animation sent me back down and as a result, I had to resign myself to a death that should have been easily prevented.

Overall, Hunter’s Legacy is a decent game with some good ideas, but nothing truly stands out. The graphics are good, it’s challenging (almost unfairly so at times) and the music is alright, but nothing about it is exceptional. In a world packed to the brim with similar titles, it doesn’t really do enough to stand out.

Hunter’s Legacy is competent enough, but doesn’t do enough to stand out in a crowded market.