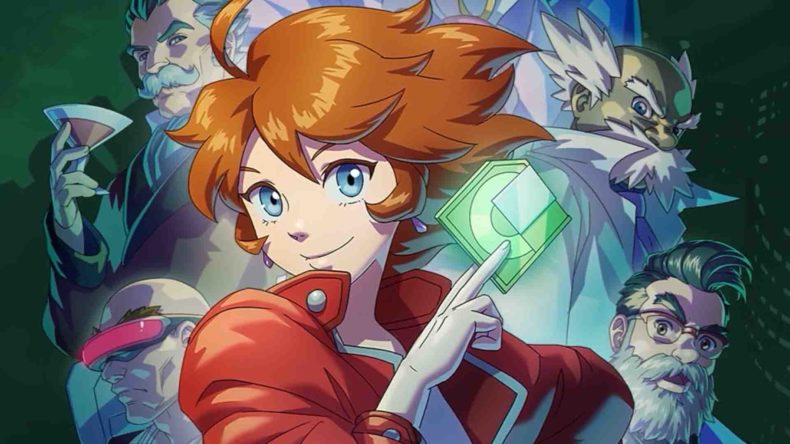 I love a good RPG as much as the next person, but I often struggle to recommend them to people. Most of my friends just don’t have fifty hours in their busy lives to grind away at an epic JRPG, and it’s hard to blame them for that. Fortunately for all of you with limited free time, Jack Move has arrived with the ultimate eight-to-ten hour RPG experience.

In the neon dystopia of Jack Move, corporations have taken over the role of the government and that’s worked out as well as you’d expect. A young hacker called Noa has a tough life in the slums, but with the power of her Deck and genius friend Ryder, she’s determined to cause some chaos and make life hard for the megacorp Monolife while she’s at it.

This carefree way of life doesn’t last long though, as her estranged father is kidnapped and all signs point to Monolife. The story is gripping from start to finish, with a colourful cast of relatable characters driving the narrative forward. There are complex relationships explored in the short run time, as well some poignant themes of loss throughout that are counterbalanced with a bit of lighthearted banter. 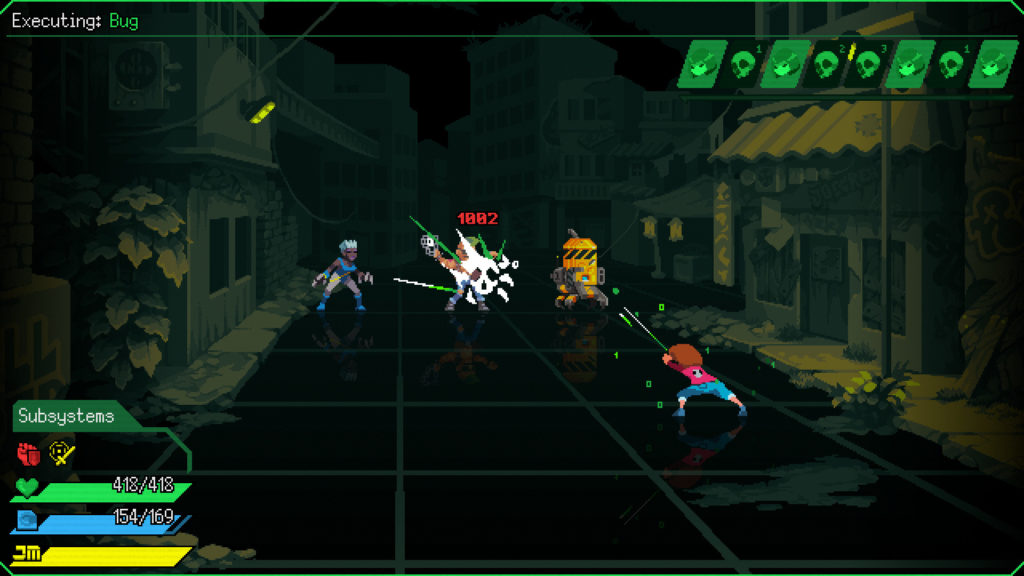 Once the banter is over though, it’s time for battle. Combat is turn-based, and features Noa singlehandedly facing all manner of security personnel and creatures with the power of Software. In Jack Move Software is essentially your magic, with elemental attacks split into the three categories of Cyberware, Electroware, and Wetware. These “elemental” types beat each other in a Rock Paper Scissors style, and enemies are handily colour coded so you know which move to use against them.

You can only have so much Software installed at once though, so there’s a good chance you won’t have all the abilities you need for a random battle. That’s where the Install function comes in, which allows you to swap your loadout to suit the situation mid battle. It can really help to switch out useless moves for buffs and healing, but when you’re in the middle of a tense boss fight, using up that precious turn might be risky.

As well as all your attack Software, healing Software, and debuffs, you also have powerful Jack Moves to unleash. These attacks can be used when your Jack Move meter fills up from dealing and taking enough damage, and feature a little timing mini game that helps determine the damage they deal. It’s always worth using these massive attacks the moment they become available, not just because they end fights quickly by hitting everybody, but because the more you use them the stronger they get. 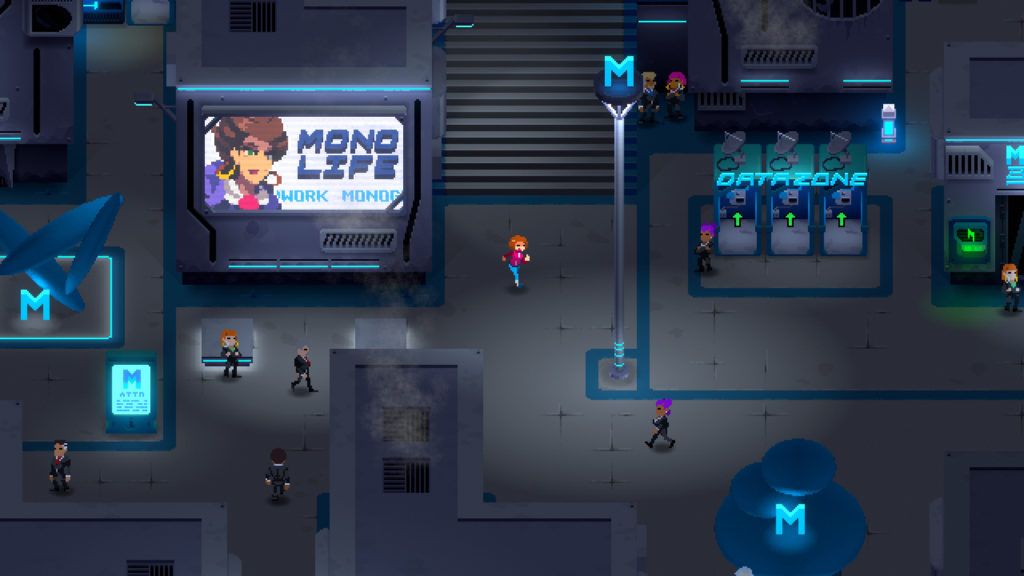 It’s not just different super moves and Software you need to keep track of though, you also need to equip Hardware. You have three slots for Hardware, and each piece you slot in powers you up massively. There’s Hardware that gives you extra RAM slots for Software, Hardware that boosts your stats, and even Hardware that makes Noa perform a counterattack every time she gets hit. It’s well worth heading down to the store and spending your hard earned coin on these handy upgrades.

You’re never really told that the one store in the slums has almost every single piece of Hardware and Software available from the start of the game, albeit with level requirements to purchase. Once you hit level five you’ll be able to buy dozens of different chips, and although it’s a little overwhelming it’s fun to start making decisions about how to kit Noa out.

There isn’t a whole lot more to Jack Move, but although it’s a fairly simple RPG it’s incredibly refined. All of the goodness of an epic SNES JRPG like Final Fantasy 6 or Chrono Trigger has been distilled into this dinky adventure, and there wasn’t a single moment I stopped grinning from ear to ear while playing it. I’m not sure how developer “So Romantic” managed to fit an engaging story, exciting and constantly evolving combat, and interesting boss fights into such a small package, but by Jove they did it. 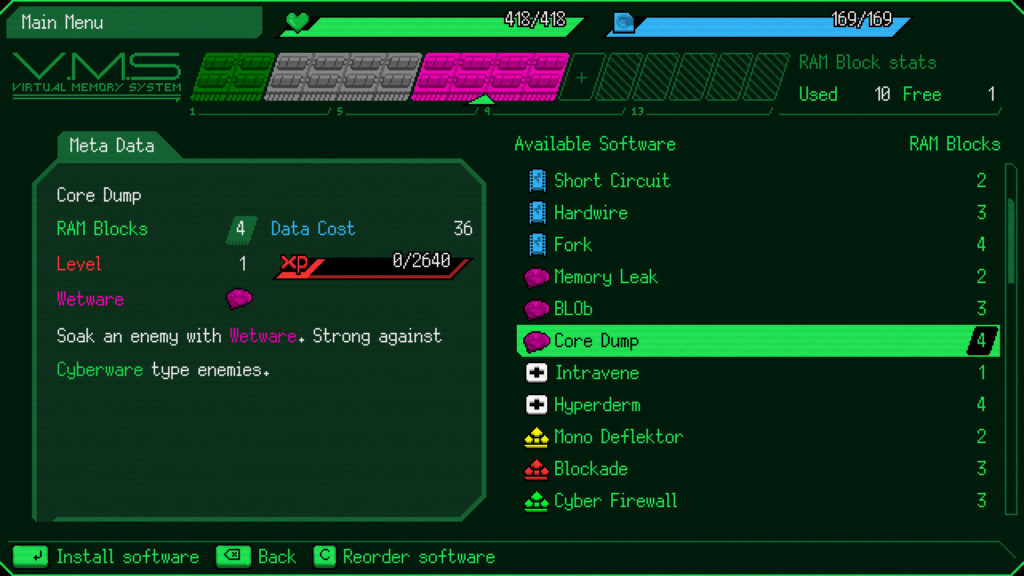 I should also mention that alongside everything else, the visuals and soundtrack are absolutely banging as well. The character models took a while to grow on me, but the vibrant cyberpunk environments had me drooling from the offset. The music is just perfect for the setting too, with synthy, electronic tunes that got well and truly stuck in my head. If you don’t love the victory music especially, I don’t think we can be friends.

Jack Move is a spectacular game, but it has a few little niggles. Most side quests you get from random NPCs are pretty lackluster, and often just reward you with a few consumables you already have dozens of. The random battles will feel a bit archaic for some too, but admittedly the ability to change their frequency or turn them off altogether does alleviate that somewhat.

Jack Move is a lovely bitesize RPG that gripped me from start to finish, with a heartfelt story, fantastic combat, and a hell of a soundtrack. The random battles won’t please everyone, but with so little else to complain about this RPG is an absolute must play for anyone with even a passing interest in the genre.

Random battles are a bit outdated
The side quests are underwhelming

Jack Move is a sensational RPG that won’t take you months to complete, with a gripping story and fantastic combat.