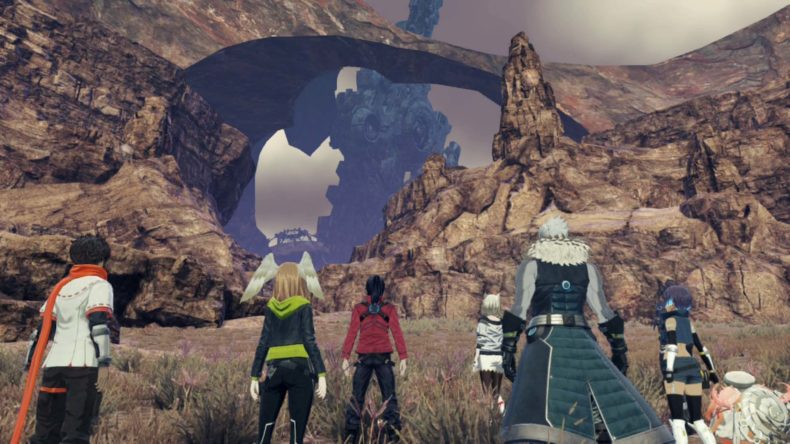 If there’s one universal truth about Xenoblade Chronicles 3, it’s that you play on its terms. There’s no rushing anything. You can skip the Metal Gear-long cut-scenes if you (for some reason) want to ignore the story, and you can skip travel to avoid walking long distances, but there really is no rushing, and you’ll have to meet this one on its terms, learning the deep, intricate systems, of which there are many, slowly understanding how to play and master this wonderful experience.

Being the third mainline title in the series, you’d think mechanically at least, things would be fairly set in stone, but that’s simply not the case. While (some story moments aside) you can play Xenoblade Chronicles 3 as a newcomer quite happily, some learned knowledge will help. It’s a JRPG, sure, but much of the combat borrows more from the likes of World of Warcraft or Diablo. 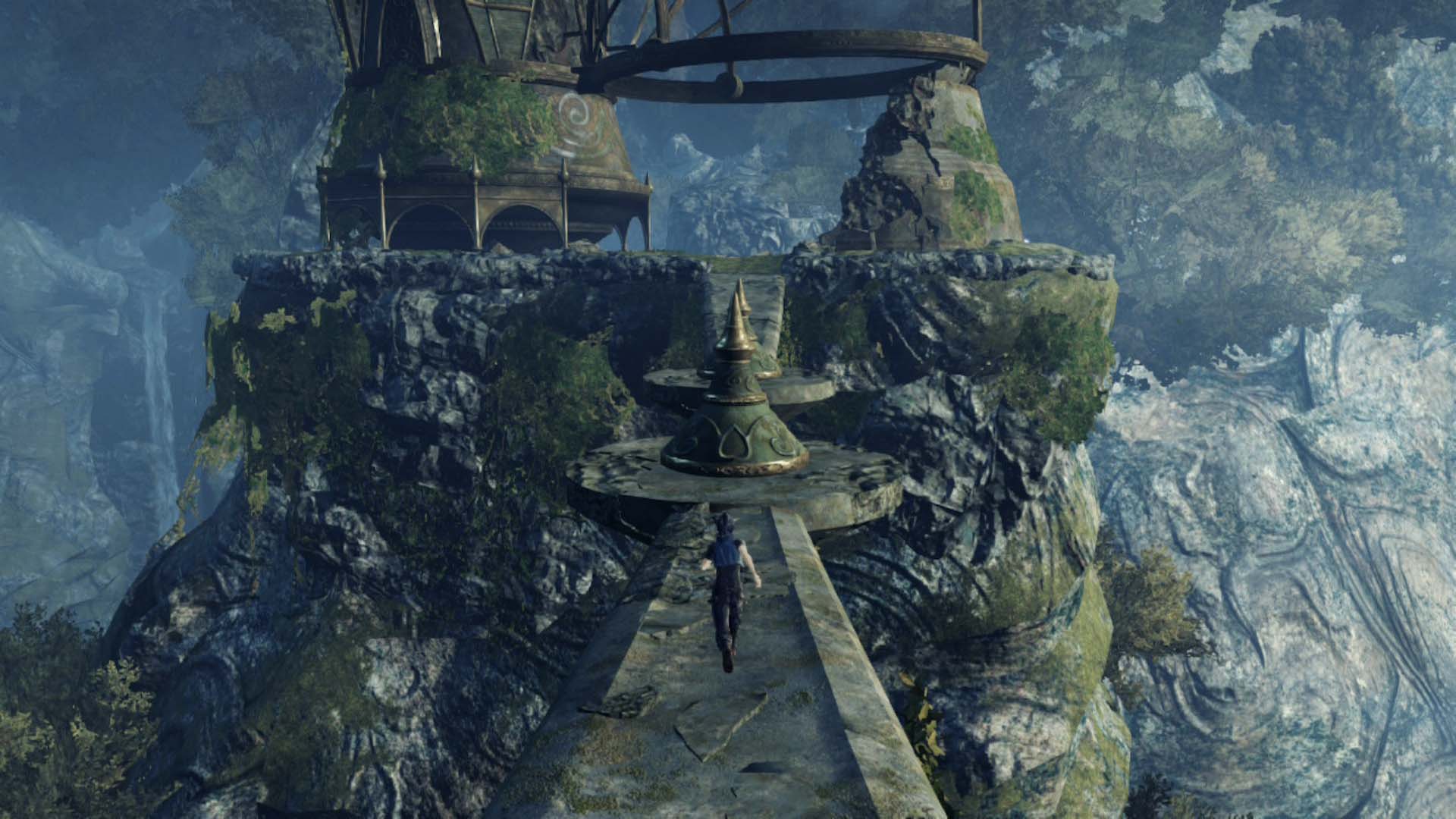 Whichever of the six playable characters you are controlling, they will automatically attack when standing still. You can move around the battlefield, but the key is in the arts. Special abilities that are based on what class you’re playing, these arts let you punctuate a standard auto-attack with a more powerful one. This progressively gets more complicated and involved, with the first change being the option to “cancel” into an art. In other words, the second an auto attack hits, you use an art, and it’s more powerful. And so on.

Xenoblade Chronicles 3 | A touch of Class

The class system is one of the major changes for the third title. As you’d expect there are genre staples: attack, defend, healer. During battle, the idea is that the defender will aggro the enemies, the attacker will deal damage, and the healer will make sure nobody dies, and also drop buffs on the floor to enhance attacks, defence, and everything else. Each of the six characters has an initial role (Noah and Eunie are attackers, Mio and Lanz are defence, Eunie and Taion healers) but after a while, they can learn to switch roles and master the abilities therein.

At the risk of getting too into the weeds, this feeds into a vital part of the combat system. Once you’ve progressed the story enough, you unlock a plethora of additional options. Fusion arts are the ability to use two at once, because rather than three on the right side of the screen, you can apply a further three arts to a character learned from another class. Holding the right trigger once both are charged allows you to attack with the corresponding fusion. It sounds complicated, but in practice at least, this is one of the easier systems to understand. 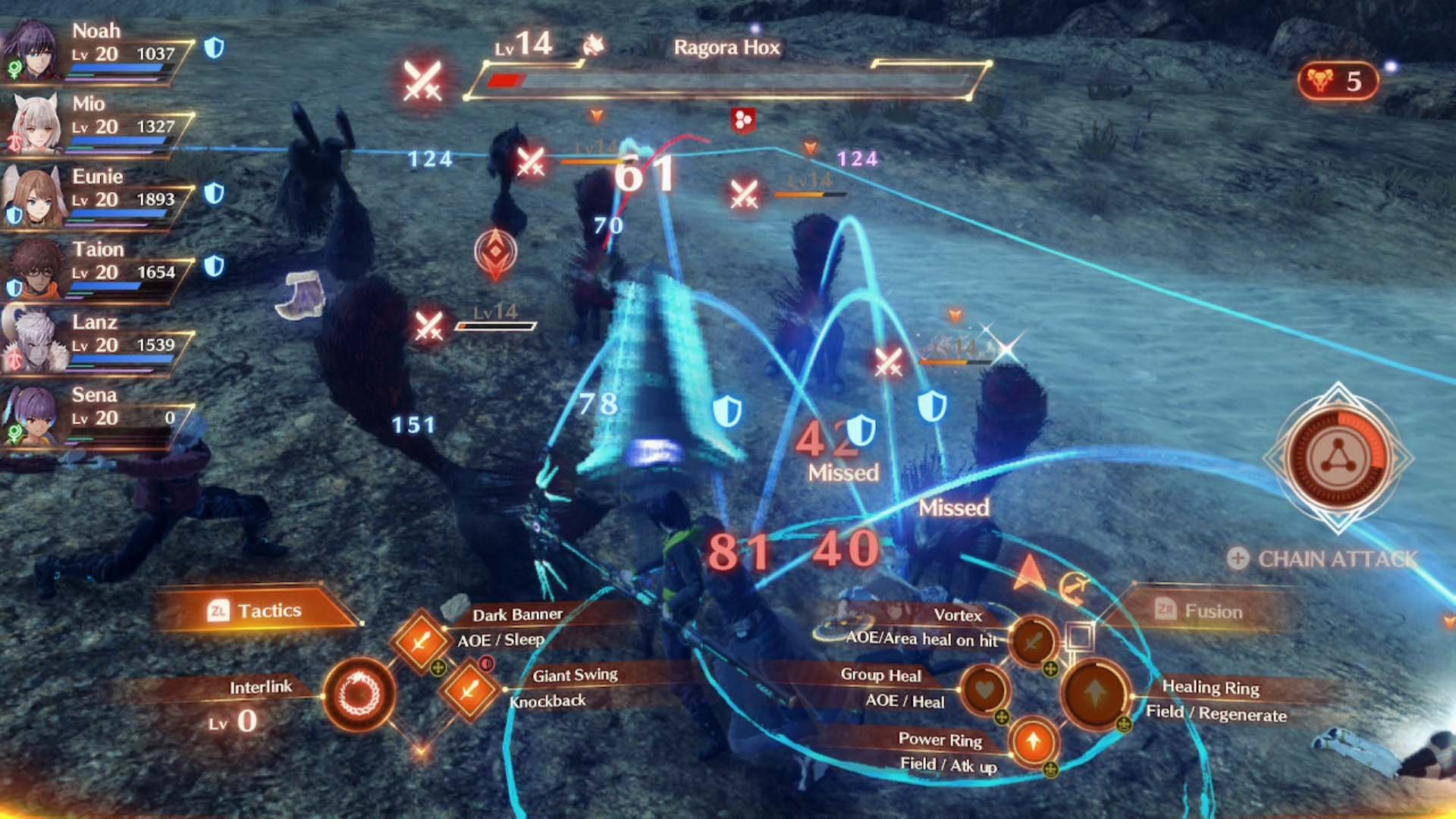 Burrowing deeper into the idea of Fusion is the overall story that explains the ability to “interlink”, which is the process of two like-minded characters joining up into a power rangers-like ultra being and attacking enemies. It probably won’t be a shock to hear that even these interlinks have their own skill tree and system, art setup, and can themselves change how things occur in a Chain Attack – the long-running series staple. Chain Attacks themselves have been revamped in major ways and are far more enjoyable, giving you a chance to heal and offering a genuine moment of calm to think over in an otherwise frantic fight.

But let’s take a break there, and talk about whether all of this works and is actually fun to play. The long and short of it is that yes, it’s moreish, engaging, complex, but rewarding. You can’t really brute force through anything because every enemy in the game is a damage sponge. You’ll need to use the combo systems, which means having someone in your party with the “break” ability to start it all off. The AI is great at completing combos meaning you can topple, daze, or launch an enemy and get lots of hits in while they are incapacitated. It’s great fun to experiment with arts and classes to get the best out of combos, and the longer you play, the more of a master you become, with new ideas (some minor, some major) dolled out over the entirety of the experience. 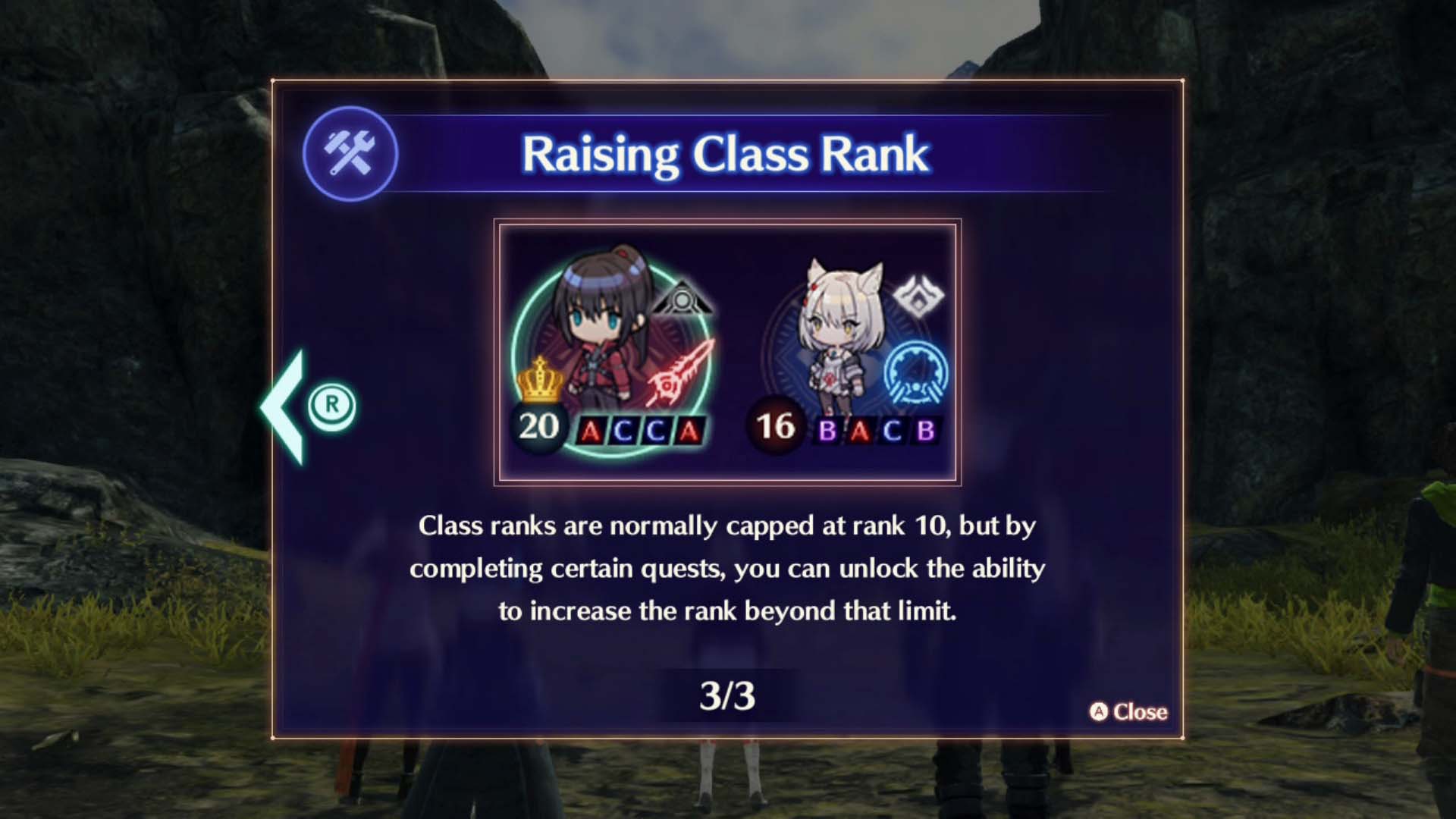 That said, there’s an element of the class system that makes me wonder if long-time fans will adapt to it, or enjoy it as much. Each class is initially locked to level ten, meaning once you have hit that cap, the only point in continuing with it is if you just simply enjoy the feel of it in battle. Hero characters come into the game as the seventh party member, and once their quests are finished you can use their class, again, at first just with one of your party who has a kinship with their story.

The frustration here is that to unlock that hero class for other people, you have to keep the hero in your party, or double them up with another party member playing that class, for an unspecified amount of time. Unless I missed one of the numerous tutorial popups or misunderstood the system, you just have to keep spending time with them and the more affinity your character type has with them, the quicker they’ll unlock.

Elsewhere, the class level cap can be broken allowing you to return to favourites with meaning to hit a new level 20 cap. But this, despite being telegraphed very early on, doesn’t happen until a good forty hours in. Eventually, they come thick and fast, with some forced as story missions, though most are side-quests you have to investigate and discover. It feels inelegant, and I felt sticking as a maxed class when I had others I could be learning was a poor use of time, so I’d often switch out to another character while the ones I preferred would be learning a new class. In that respect, it’s good to get some variety, but it’s an odd system overall. 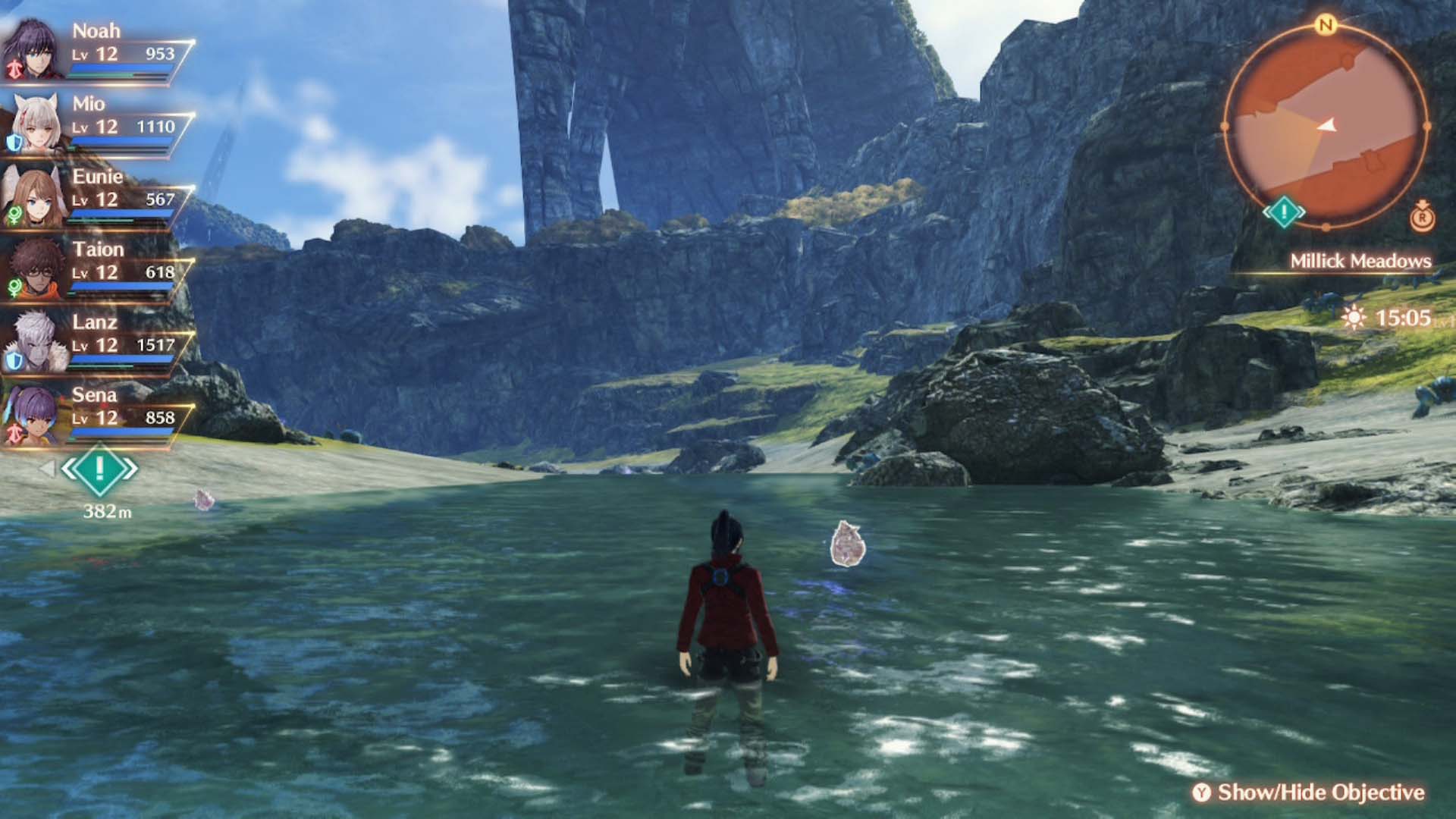 Systems aside for a moment, it’s worth noting that Xenoblade Chronicles has a gorgeous audio treatment. Recognisable battle themes, and orchestral music are the order of the day, and the series’ penchant for over-the-top voices has been dialed way back. Nopons are present, but seem far less prevalent than before, while the traditional UK-based accents are far less egregious (bar one particular colony late on that I don’t think Scottish people are going to find particularly funny), and the battle cries are still there. “I’m the girl with the gall”, will be shouted by Sena after a fight at least two hundred times before you see the credits. The other one is “And I was the MVP, you all saw it”, by Lanz.

Visually, the kindest thing to say about Xenoblade Chronicles 3 is that it’s a mixed bag. There’s no question that this is a series being held back by the hardware, but it still has moments of beauty and poignancy. With a story about love, loss, hope, and morality, you’re always going to have to zoom in on the faces and the tears, and it works. But one peculiarity is that the characters’ hair will often be behind their eyelashes. It’s a bit fuzzy in handheld mode, too, but it’s a stable game that runs well for the most part, utilising the tried and tested idea of dropping the frame rate of distant flying animals so the nearer parts look better.

It’s worth noting that boss fights are repeated throughout. Xenoblade Chronicles 3 also does something I find personally irritating over and over, as well. Lengthy boss battles that are wars of attrition, planning, and skill, will result in you winning, but the cut-scene afterwards will show you losing, only to see the enemy escape, forcing a rematch later. Again, it’s just not elegant in how this is done, and by the end I just wanted a proper win, without the feeling of the developer saying “haha, maybe next time”. That’s not to say it happens every time, of course, just that it happens a lot. 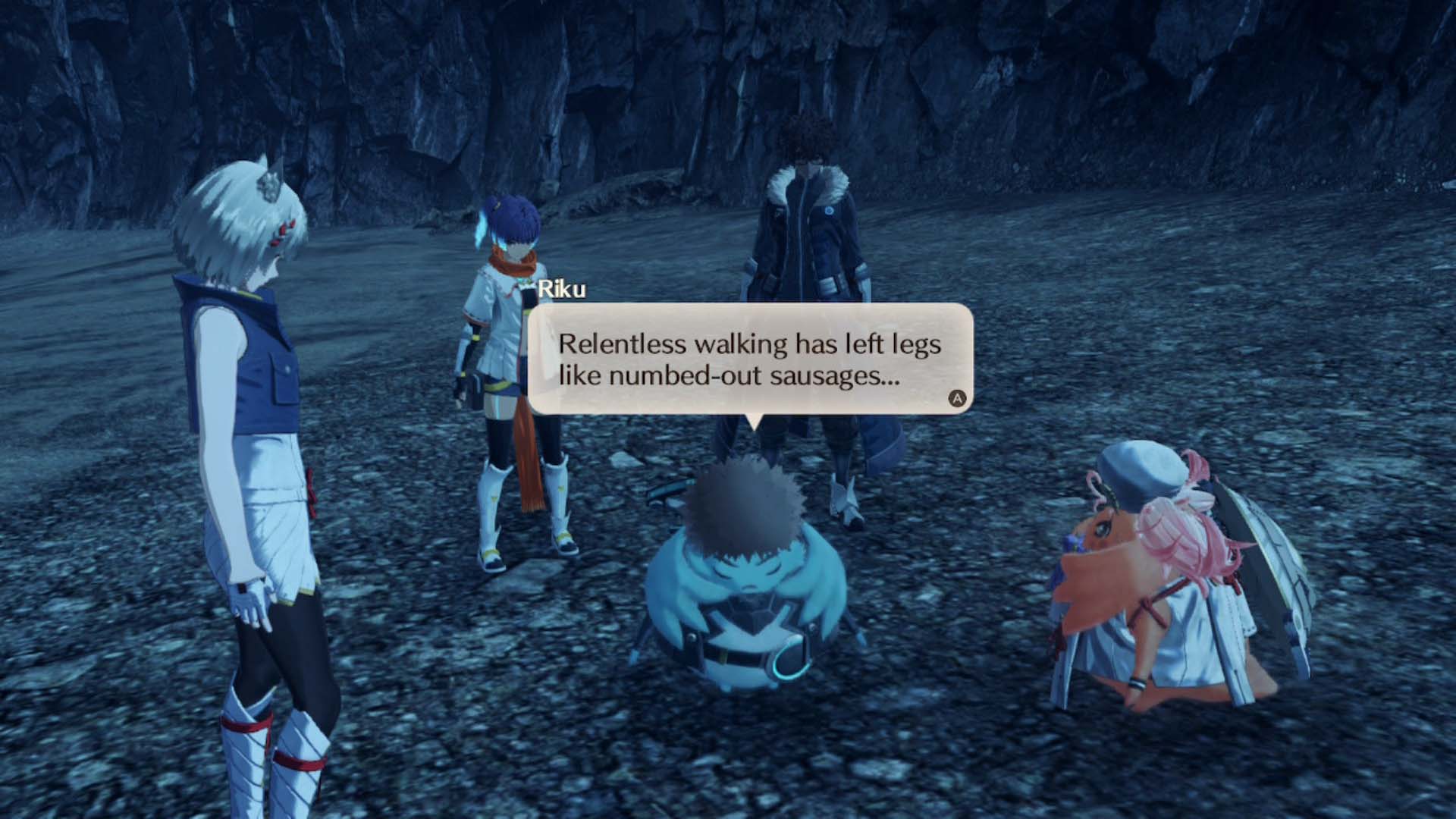 There are numerous quality of life improvements, however, over previous games in the series. The woeful maps system hasn’t been fixed, as such, but there’s now a toggle that will enable or disable a path that shows you the route on the terrain. Once I turned this on, it never got switched back off. It’s a godsend, and long overdue. There are also shortcuts to character menus, maps, quests, and the quest route function is available at all times. You can automatically assign the best loadout to the characters, too, which is worth using as there are so many accessories, and options, that it offers a chance to just not concentrate on that minute level of detail and play on for a bit.

Narratively, it’s a well-told yarn, as well. But I’m tempted to say it thinks it’s smarter than it is. You’ll see something at hour 5 or 10, at it’s very obvious where it’s going, but Xenoblade Chronicles 3 will instead reveal it at hour 45 and expect you to be shocked. It’s an interesting story though, and one that does have surprises from time to time. It’s weird, of course, but any fan will be expecting, nay, wanting that. The only mark against the story really is two moments where things are really kicking off, only to send you on major fetch quests. 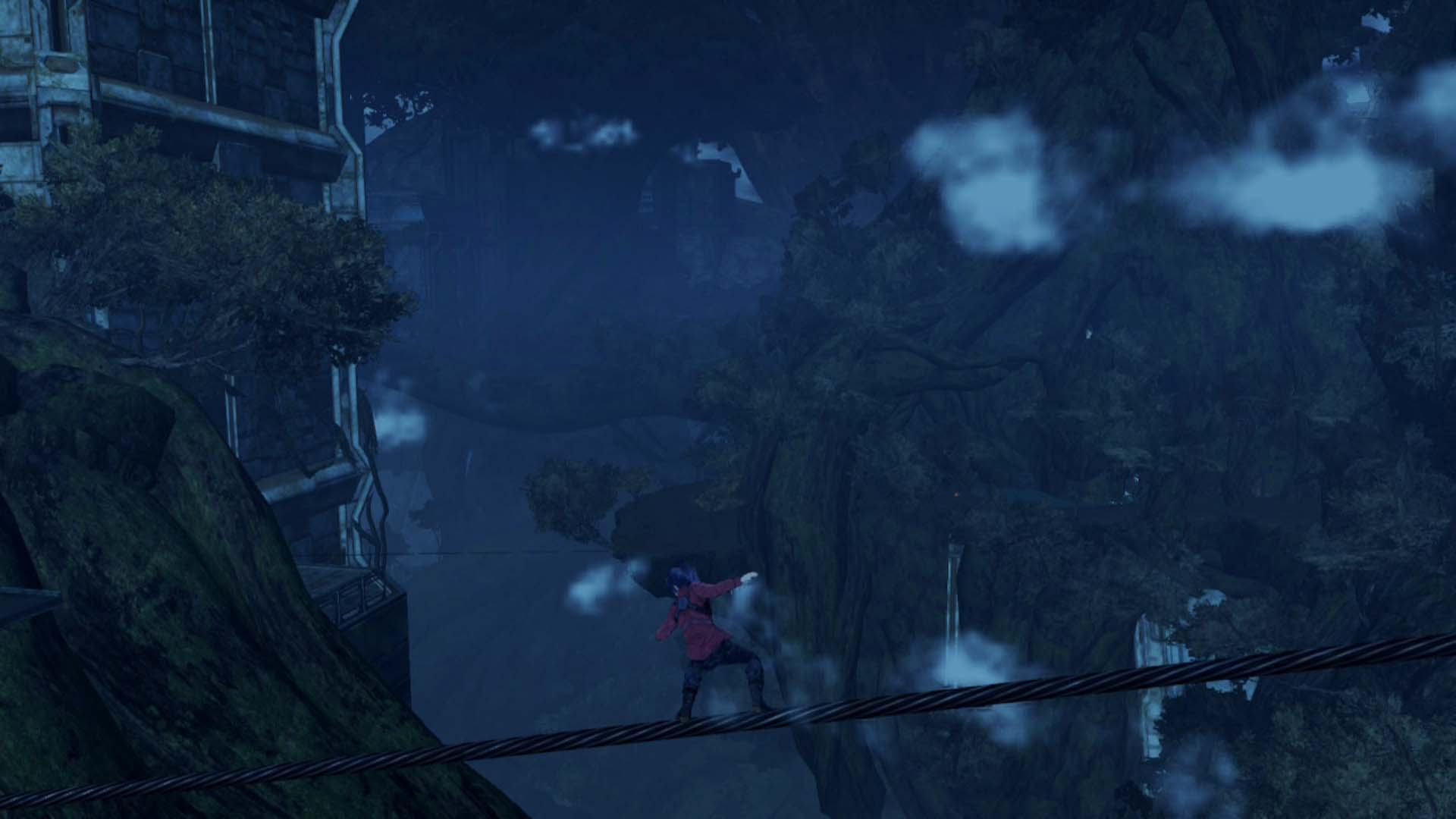 And that’s the thing, really. Any fan will know how much these games take over your life for their runtime and beyond. There are side-quests aplenty, so much so that you’ll go to finish one only to unlock 2-3 more in the same location. The affinity system returns, meaning you can improve relationships with colonies and learn more about the world and its inhabitants. The missions vary from brilliant, lengthy engagements, to fetch quests.

Xenoblade Chronicles 3, despite any negatives I may have, is a complete triumph. It’s rich and engaging, deep yet accessible. It even tutorialises some of the facets of the series better than the titles that have come before it. A mammoth “tips” menu lets you refresh your memory should you get lost, but really getting lost is part of the experience. Remarkably, there’s still room to grow for the series, but really thanks to the combat tweaks and quality of life improvements, it’s tough to see how any RPG will better Monolith Software’s latest part of its opus this year.

Will keep you going for ages
Interesting, engaging story
Deep combat worth learning

Will be too much for some
Has some ropey visual moments

Xenoblade Chronicles 3 changes things up in a good way, offering a twist on the most unique combat out there. It’s lengthy, engaging, warm, and probably the best RPG of the year. The best one yet, for sure.