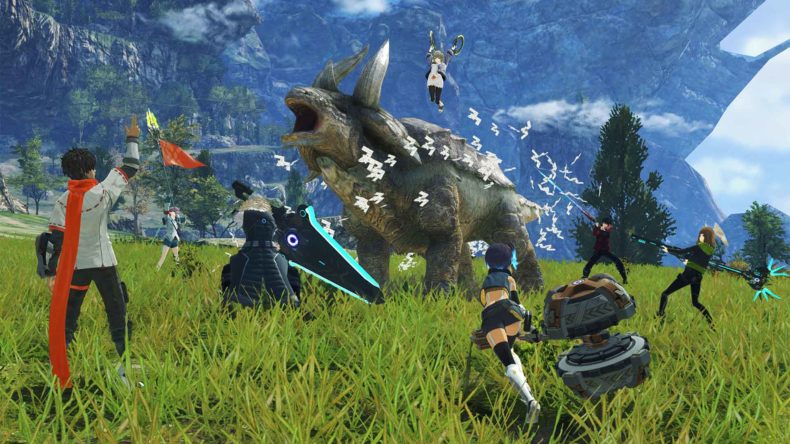 I almost don’t know where to start with Xenoblade Chronicles 3. There’s a lot to talk about with this game, yet there’s just words floating around in my head that I feel I need to get out first. Let’s list a few: gargantuan, complex, long, systems, and so far… brilliant.

For long-serving fans, don’t worry, Xenoblade Chronicles 3 is perhaps more complex and systems-heavy than any of the prior games in the series. Much has been made of the battlefield being a larger party size (it’s doubled), and this is all true, and it’s exactly as much chaos as you’d expect. 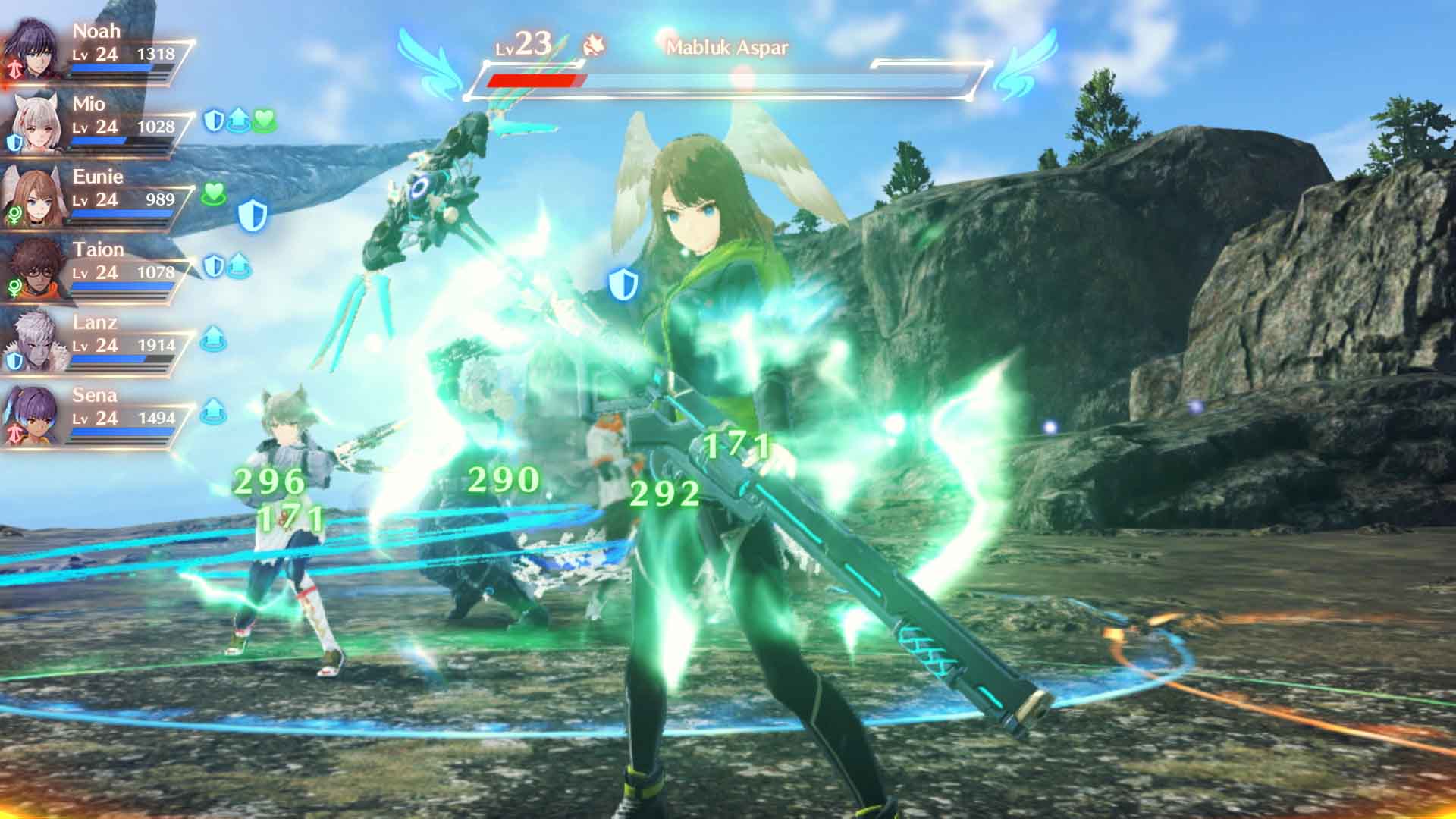 What this means, in reality, is that there are six characters fighting every single battle, with the auto-attacks, cancels, arts, and all manner of other move-types kicking off at once. The AI is, as usual, excellent at reacting to a combo starter. Nothing has been dumbed down. In fact, nothing has been turned down, meaning that all six of your heroes are yelling something heroic or mad. To combat the fact there are six of them, I’d say so far it seems the enemy is what has been quietened. Perhaps it’s the type of foe I’ve fought in the early hours, but they don’t seem to be shouting at me in a Scottish accent, that’s for sure.

As usual, though, there’s a war going on. Young people seem caught in the middle, not really having much choice but to fight, and warring factions are essentially told you have to fight to survive. There’s a clock that absorbs the energy of dead soldiers, so essentially you want your side to win so it sucks up all the energy and you can keep on living. In that respect, it’s as suitably barmy as any other game in the series, but focusing on the six heroes from the get-go does give a sense of focus and means you rather know who is important and not from the beginning. Truthfully, the narrative is engaging and, crucially, there’s a lot of it. It’s not uncommon to sit watching lengthy cut-scenes that explain the back story in Xenoblade Chronicles 3, and I am absolutely here for it. 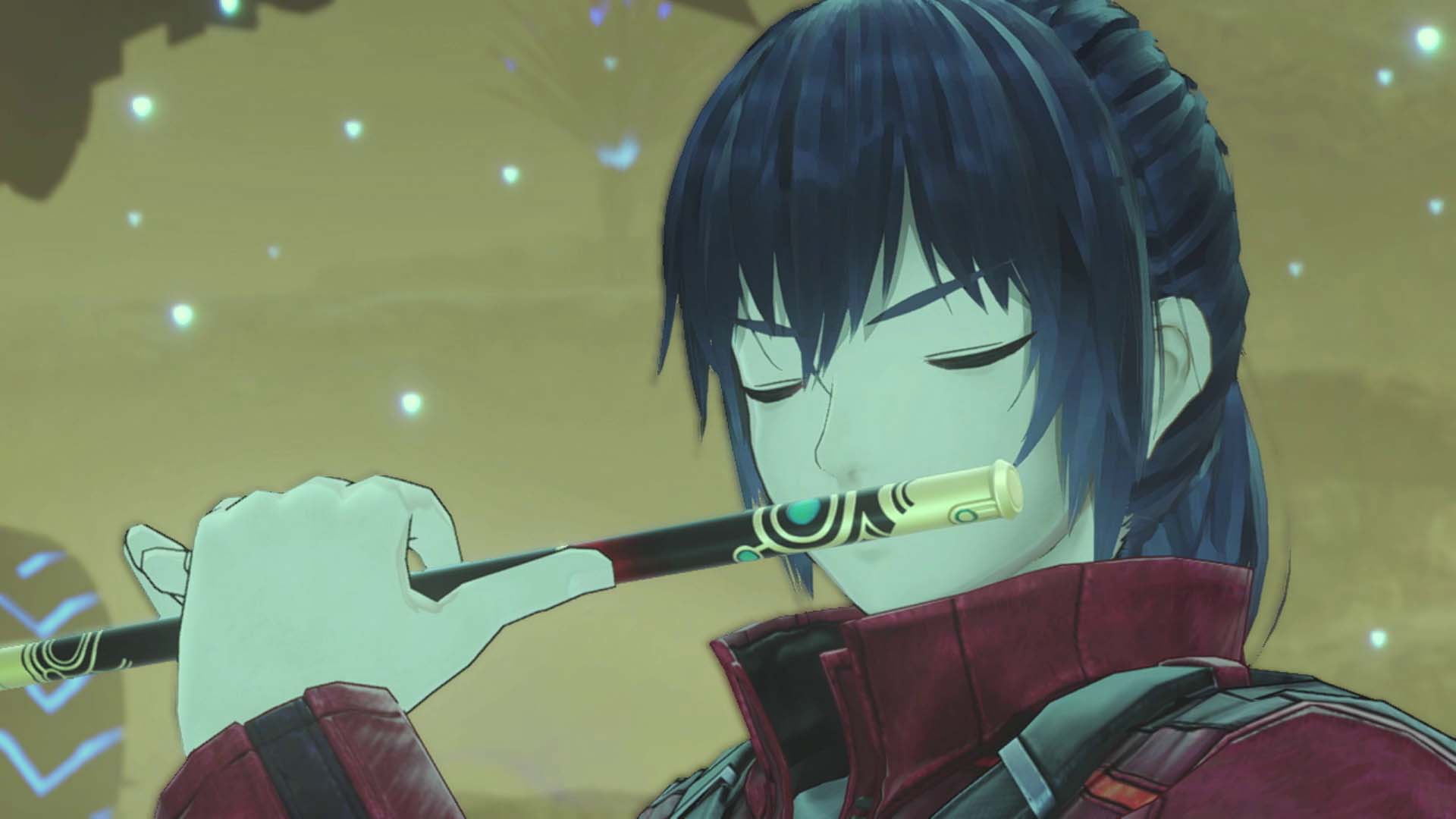 One thing that I’ll touch on briefly is how Xenoblade Chronicles 3 keeps things fresh with a set run of six characters. Each of the six has a partner in battle, who can use the new “Interlink” mechanic, allowing them to turn into an Ouroboros form and battle for a set time as a stronger unit. Think of Power Rangers, and you’re on the right track. This adds yet more depth to the combat, with new arts to master, and a lot more to think about. There’s plenty to do away from fights, too, and the world is littered with items to grab, chests to open, and other things to do.

Likewise, after a certain amount of story has developed, you can change class. While Noah starts as a sword-wielding attacker, Mio is a speedy defender who excels at dealing damage while aggro-ing the enemy, allowing for healers to heal and attackers to attack. Switching these classes around so that Noah is the defender, and Mio is the attacker means things never get boring. This plays into the seventh character in your party, and while I won’t reveal anything about who these fighters may be, they are called “heroes” and if you complete their quests, you can add their hero class to the acquired classes, offering even more ways to spec out your party. 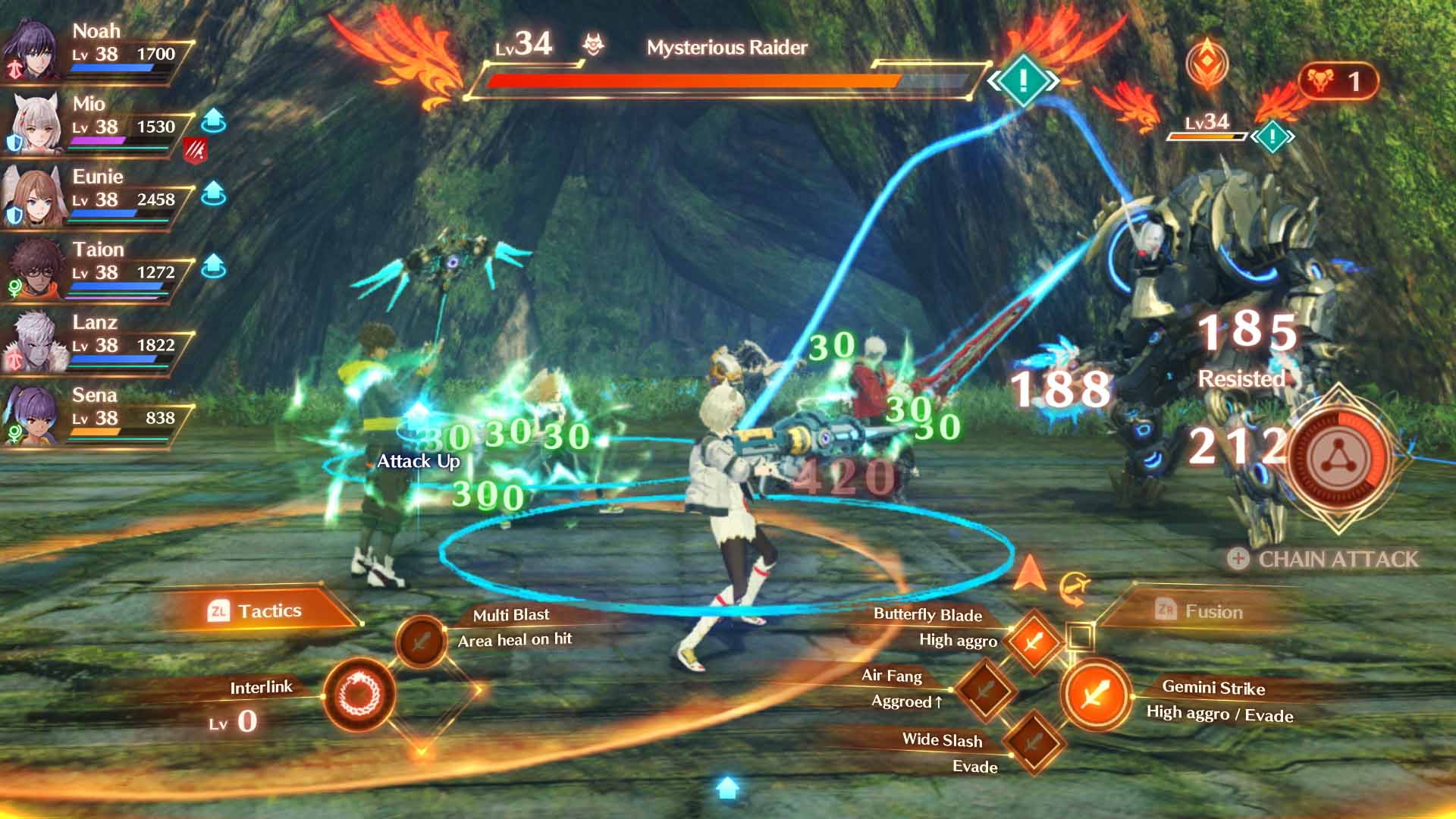 I wonder if what I’ve written here sounds like gibberish. Xenoblade Chronicles 3 has left me feeling a bit that way so far. It’s so impressive, with every single turn adding to the mechanical aspects of the game in clever, unique ways, that I just can’t think of a single other game like it anywhere else on any system. At times it risks over-egging the pudding, and you wonder if someone wrote down every idea they’d ever had and said “put this is the game”, without fear of what it might do to the mind of the poor soul who chooses to play it.

Yet no, that’s not true, because it’s on my mind all the time, and it isn’t just “more” of the series. Improvements are abundant even down to the quality of life changes. The map is still pretty ropey, but now there’s a toggle to switch on a waypoint line that can direct you straight to a chosen quest or marker. These changes are small but seriously significant. But writing this feels like time I should be spending with Noah and Mio and co, mastering the combat, vanquishing foes, and uncovering more of the mysterious yet compelling story I’ve seen so far. Xenoblade Chronicles 3 feels, so far, like everything you’d want and more. I’d be very shocked if fans felt let down in any way,