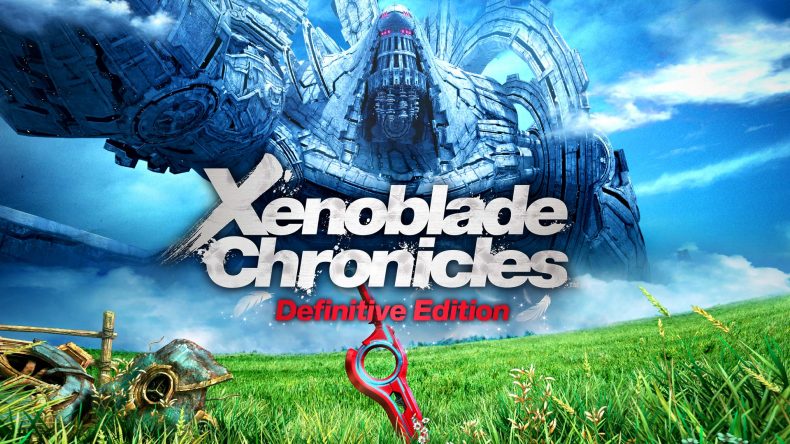 Nintendo has been bringing many older games to new audiences through ports, remasters, and re-releases on Nintendo Switch. Games like Bayonetta were ported without changing much while Link’s Awakening was a re-imagining of a Nintendo classic for an audience that likely never experienced the original. Nintendo’s Xenoblade Chronicles has been released digitally on Wii U and ported to New 3DS but fans have been waiting for a Nintendo Switch release. I know many who would’ve been content with just a straight port after how amazing Xenoblade Chronicles 2 was but Nintendo and Monolith Soft gave us so much more with Xenoblade Chronicles: Definitive Edition.

The thing is, it isn’t just a remaster or a remake. It blends elements of both and adds a lot more to truly live up to its name. This is the best version of Xenoblade Chronicles for a few reasons, but it is also a brilliant JRPG that remains unmatched in many areas. The best part is that Definitive Edition will appeal not only to longtime veterans of the franchise thanks to its new content and enhancements to the main story, but also to newcomers who either never played an entry in the series or those that got in through the sequel. Xenoblade Chronicles: Definitive Edition puts you in the role of Shulk in a world that is literally on a titan. Shulk and Reyn live on the Bionis which is where human-like Homs live. The machine-like mechon live on the Mechonis and are engaged in a war with the beings on the Bionis. Shulk soon discovers that he can wield a super powerful sword, the Monado, and this is where the gigantic story begins. Shulk and Reyn set out for revenge and come into contact with various colourful characters who will either help the two by joining them or exist just to torment the group.

Basically, this is an action RPG with MMO-like elements. If you’ve played Xenoblade Chronicles 2, Definitive Edition will feel like a simpler combat system but a game that feels tighter overall in almost every way. The Monado lets Shulk see visions of the future and he tries to prevent certain things from happening. This plays an important role in the story and combat encounters.

Combat involves a party of three and a battle palette. Each character auto attacks to fill up a talent gauge. Characters also have skills that have their own cooldowns. The talent art varies by playable character. With Shulk, the Monado grows alongside the plot progression and you get lots of flexibility in combat through this. Soon, Sharla joins your group and she’s a dedicated long range healer. With this setup, the core combat basics start making sense as you try to damage the enemies while Reyn holds aggro as a tank and Sharla tries to keep both of you alive. Enemies drop treasure chests on defeat and, while this was present in the original and solves the issue of loot falling down, it still feels like your time is being wasted when you have to collect a few of these after an encounter with multiple enemies. Combat isn’t just about that though. There’s a ton of strategy at play both in initiating combat and staying alive in harder encounters. Definitive Edition has a very unique level system that penalizes you for taking on enemies above a certain level threshold. This also holds true for those below your level. It isn’t a grindy game at all. As long as you don’t run away from too many encounters, you won’t feel forced to grind.

If you do find things difficult or too easy, there are new difficulty settings. Expert mode lets you store experience for use later. You can level up or down here to tweak the difficulty more for yourself. For those who want an easier experience, the casual mode toggle lets you make just battles easier. This feels a lot like the easy mode in Xenoblade Chronicles 2 where just battles end up being easier with everything else unchanged.

When originally revealed, Definitive Edition had a lot of discussion around the new character models. For most of the characters this isn’t much of an issue. I feel like Monolith Soft has transitioned almost every main character to this new style well. While Dunban could’ve looked a bit more expressive, the team has done a great job overall with main characters and NPCs. The same amount of care has not been put into many of the side characters and enemies though. The enemies are a bit inconsistent, and this also holds true for environments: some look breathtaking at night while others are great all the time, but a few open areas just don’t look quite as top notch. Overall, I’m very pleased with the environments and how they have been redone or scaled better for Nintendo Switch. If you were disappointed at the lack of dual audio in Xenoblade Chronicles 3D, Definitive Edition has dual audio support and even includes an arranged soundtrack option for most of the music. This can be toggled for just field or battle music; or both. Considering how much I’ve listened to the original soundtrack for years, it speaks volumes about the arranged soundtrack that I ended up sticking with it for the majority of my playtime.

Barring the main story which is the real draw of the package, there is a new Time Attack Mode that has portals sprinkled across the world. This lets you take on challenges with free and fixed party setups. High scores net you more Noponstone which can be used to trade for valuable items. You are also rewarded with interesting gear through these challenges. Barring the improvement to visuals and soundtrack options, there are a few quality of life improvements in Xenoblade Chronicles: Definitive Edition that are worth highlighting, and some from the original release that still feel great today. The new quest markers and navigation that can take you directly to your destination is a welcome change after the mess Xenoblade Chronicles 2 had for navigation. If you aren’t a fan of having a constant indicator to your destination, you can turn it off for more immersion. Inventory has been given a bump to the point where you likely won’t need to worry about hoarding. You should sell items for gold but don’t feel stressed about it.

The original game had people giving up on side quests because they were difficult to track. In Definitive Edition, items you need for side-quests will be marked on your map when it’s marked as active. This even works for collectibles in the field. You don’t need to collect all over hoping for the best because the map can tell you exactly what you need. Side-quests that auto clear when you kill specific enemies or collect items without forcing you to go back to the quest giver are still amazing and I wish more games implemented this.

Xenoblade Chronicles: Future Connected is a very interesting addition. While most developers would’ve been content with just bringing an older game to a newer audience, Monolith Soft went the extra mile almost across the board. If you’ve not played the original, do not touch Future Connected because it literally starts by spoiling the end of original story. It isn’t as meaty and polished as Torna but it is a very good addition to a story that was already great. It’s nice to have Jenna Coleman back here as her voice work was superb in the main story. Future Connected serves as a nice incentive for longtime fans of Xenoblade Chronicles with improvements to progression and new characters sweetening the package. It also happens to have a superb soundtrack of its own. My main problems with Xenoblade Chronicles: Definitive Edition are things that remain true in the original as well. Lip-sync is still a problem in Definitive Edition. Barring this, a few of the later areas feel like padding with how they force you to go to an elevator, clear enemies, press a button, activate a switch, move to another elevator, and repeat. Thankfully I’d say only a tiny amount of the main story content felt like this. The lack of the New 3DS additions like a music player and model viewer with amiibo support are pretty disappointing though.

Xenoblade Chronicles: Definitive Edition is not just the best Nintendo Switch game of 2020 so far but an absolute must play for anyone who owns a Switch. This is definitely Nintendo’s best release on Switch in terms of bringing an older title to new hardware. While I wanted a few more quality of life improvements and would’ve liked more visual improvements or consistency, what Monolith Soft have put out in Definitive Edition is nothing short of spectacular. You owe it to yourself to play this.

While I wanted a few more quality of life improvements and would've liked more visual improvements or consistency, what Monolith Soft have put out in Xenoblade Chronicles: Definitive Edition is nothing short of spectacular.