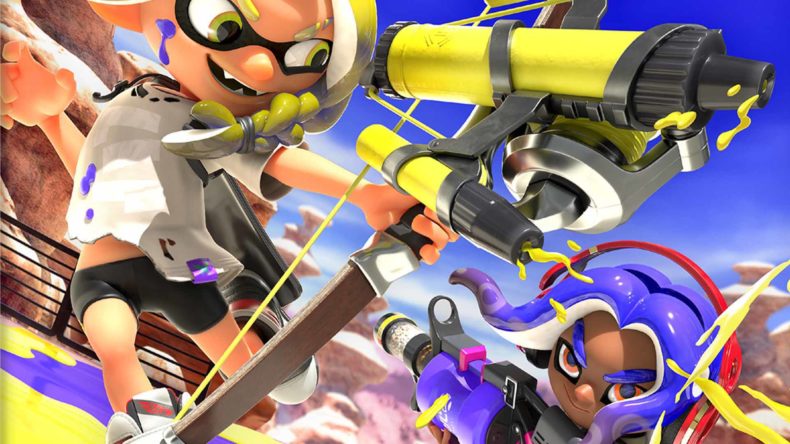 For some, the existence of Splatoon 3 is going to be a difficult one to understand. So much of what makes it a better game than its predecessor are small, under-the-hood changes, that to the untrained eye, it might be at risk of being accused of having a new campaign slapped on, a few new modes, then put out again for another ten million copies to sell for Nintendo. But there’s a lot more going on, here, and Splatoon 3 ultimately feels like a culmination of all the previous workings and ideas from the team, into a live service title that Nintendo can get behind and really push.

Let’s start with the most obvious thing that needed changing: the news reports. Now, when the map rotations happen, Splatoon 3 will load you back into the place you were already in, and offer a news report, but once you’ve clicked the left stick in once, it’ll push it into the top left of the screen, and allow you to go about your business. You can choose to switch focus to it, should you be nostalgic for forced unskippable cut-scenes for some reason, but this is a small change that is actually testament to the developer listening and actioning fan requests. 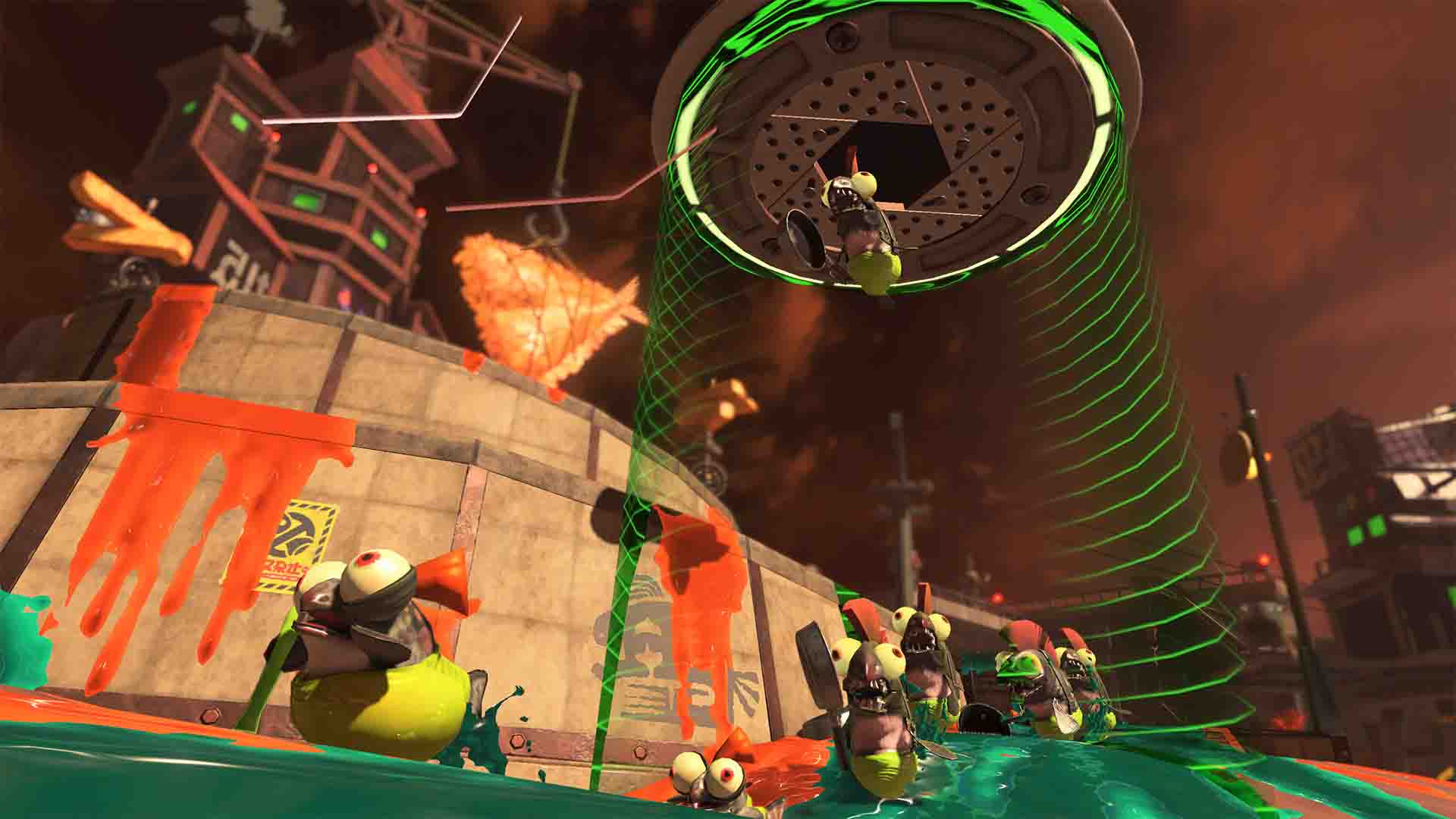 Likewise, Salmon Run not only returns, but is playable whenever you feel like it, and not just in a private match, either. Salmon Run: Next Wave is a fully unlocked mode you can just decide to play, and this seems like damning with faint praise, but it’s something that needed to happen, and has, and brings the game properly into the modern era. In fact, aside from Anarchy Battle (the replacement for Ranked Mode) needing players to be at level ten, nothing else is really locked off from the get-go. You have to hit level 4 to access some shops, but that’s part of the tutorialising of the overall world, and you’ll do this quickly given matches in Turf War are three minutes a pop.

That said, Splatoon is still a strange game that’ll be alien to most shooter fans, because here the reward for taking an opponent out is merely a little more territory control. The idea is you need to paint the floor with ink and end the match with more territory inked than the bad guys on the other team, because if you lose the level XP reward is much lower. I’d actually argue the progression here needs a little tweaking, because if you get into a losing streak or are playing without your regular crew, as you get closer to level ten and beyond, you’re gonna struggle to level up. 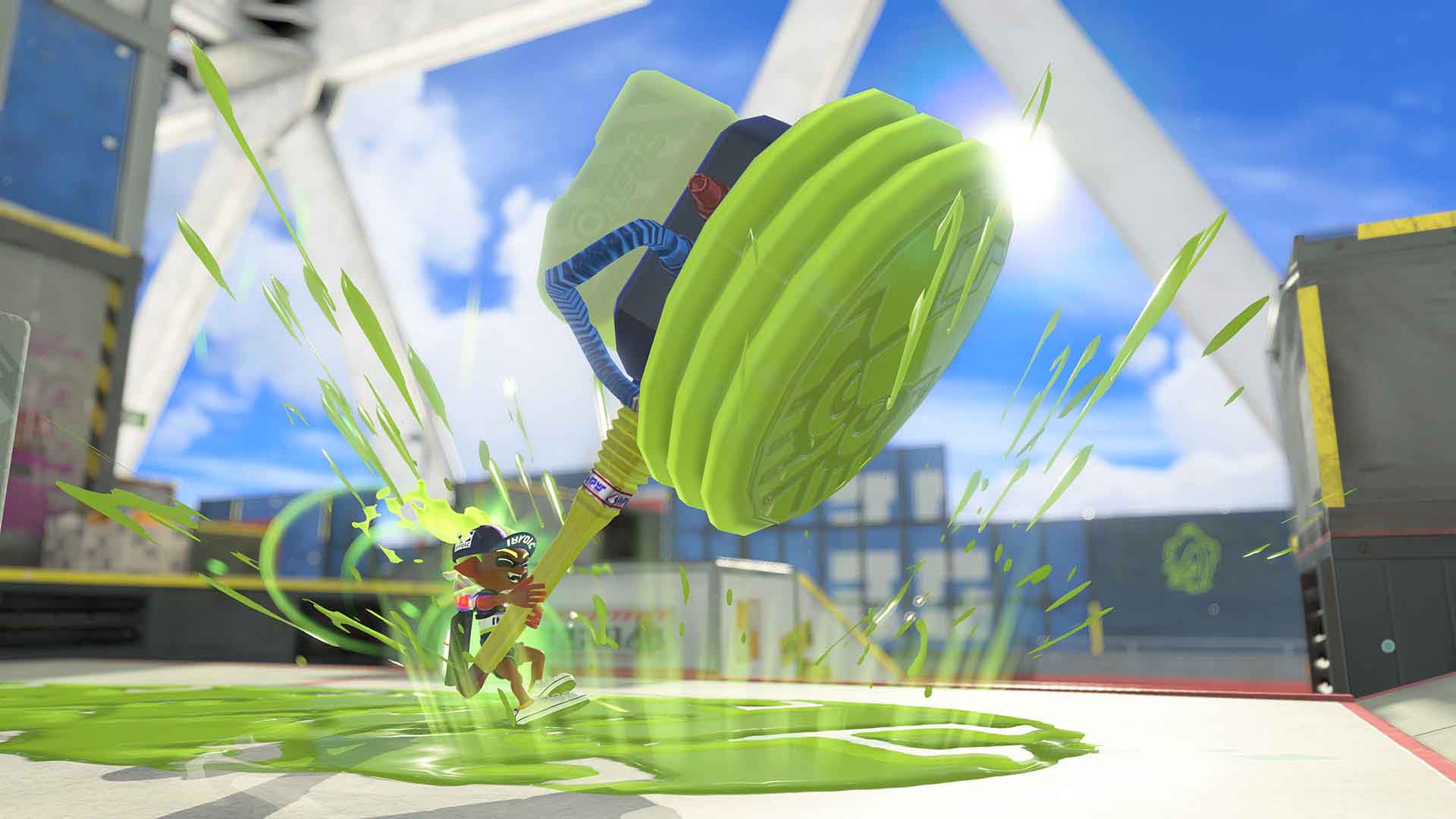 Throughout the single player campaign there are hidden food tickets which can be redeemed in multiplayer for double XP, or extra money rewards, and the XP ones feel almost essential. Lasting for ten matches, with a good performance and a lot of wins, I rocketed up the levels, so completing the single player before you get too into the multiplayer is a good shout. I still get the feeling Nintendo don’t want you to play for hours on end, though, because the double-map offering for each section of the day still feels like it could do with a third map in the rotation, as playing the same map three times on the trot does wear thin, sometimes.

The new weapon classes (Splatana and Stringer) are both exciting, but it’s far too early in the meta of Splatoon 3 to know if they will become useful over time. So far, I’ve seen very few people using them compared to the old favourites on offer, and it’s not because they take a while to unlock, as they’re easily unlockable within an hour if you play a bit of Turf War. The Splatana just seems too weak at anything other than very close range, and the Stringer seems a bit slow and cumbersome compared to the faster paced weapons, but time will tell on the new additions, of course. The ability to save replays, share them online, and even change the camera angle is a lovely addition to multiplayer, though. 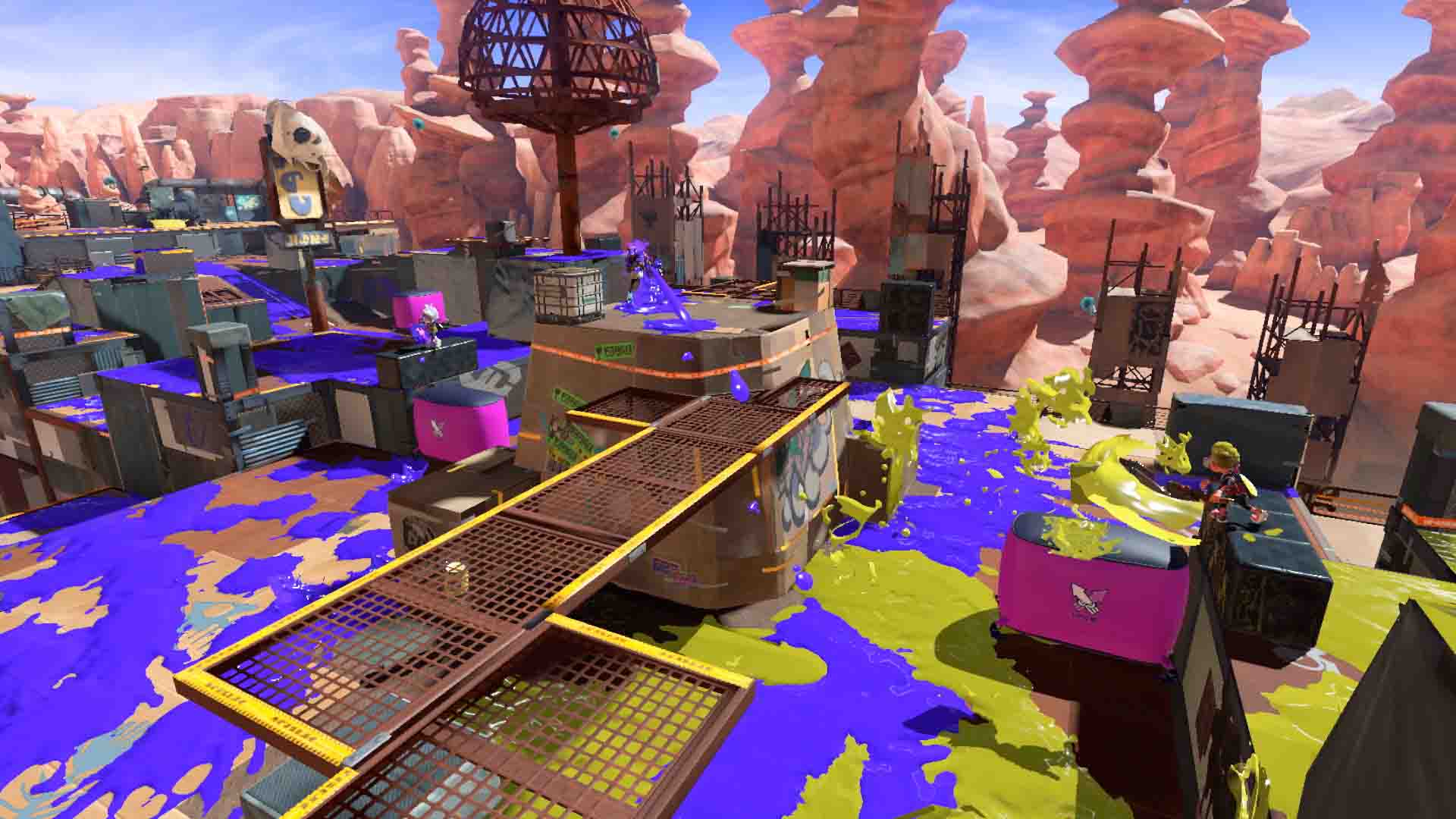 Over in the new campaign, what you’ve got is a few islands to explore and unlock kettles (or levels to you and I) and there are plenty of non-essential levels to play. While the main missions tend to showcase ideas that will serve the multiplayer gameplay better, the optional kettles showcase more of what Octo Expansion did for Splatoon 2. Here there are timed runs, target practice, and all manner of challenges of varying degrees of difficulty, though nothing about Splatoon 3’s campaign is overly taxing at any point.

You’ll get eggs for completing a level, with the option to play them again with different loadouts for a reduced reward. Using your new companion Smallfry (a Salmonid with a strange power) you can unlock more progress and remove furry barriers that are littered across the map. I won’t go into spoilers here, but there’s a heavy dose of collectible lore found throughout the map that suggests the world of Splatoon has a darker past than you might think. I never thought I’d care about “lore” in a game like this, but it’s quite interesting to see what the backstory for the bizarre creatures in this universe is all about. 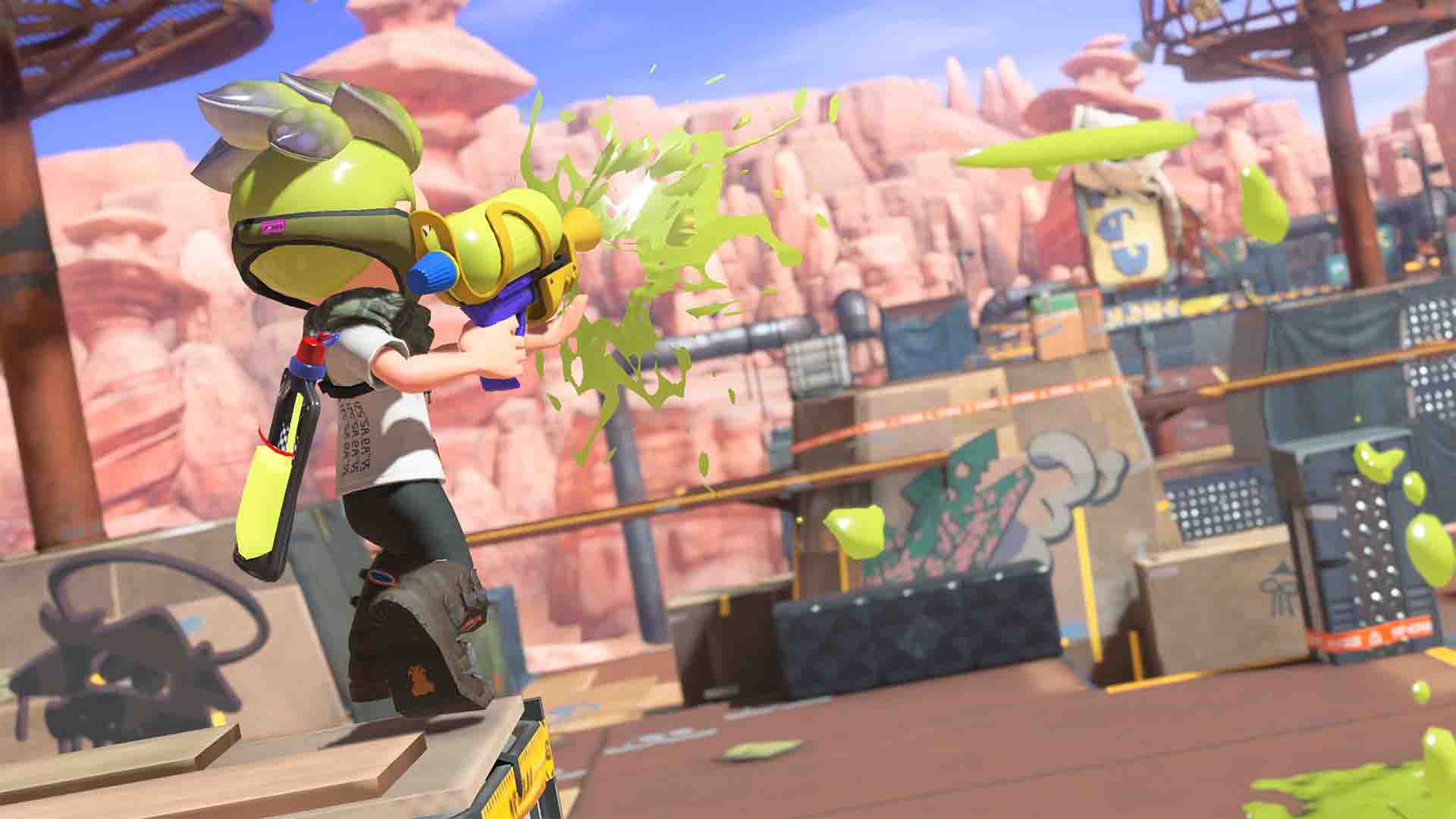 The single player is enjoyable, though, and moreish thanks to the uncovering of the map, and secrets to find throughout. Salmon Run is as great as ever, though in truth adding a few new boss Salmonids and the ability to throw the golden eggs to the basket don’t amount to a huge change for the mode, and I’d like to see more maps added pretty quickly, in truth. Tableturf Battle offers a Tetris-like take on the Splatoon concept, with cards again found throughout the single player to add to your collection. It’s fun, but not life changing, though it is a nice distraction.

Customisation aplenty returns, with a locker you can decorate for other online players to view. There are so many small additions or changes that it’s hard to list them all, but it just makes for a better game overall. Practice rooms for Salmon Run, Turf War, and even local battles bring it even more up to date and make it friendlier for all.

Splatoon 3 may not be the most exciting release in the calendar, but it is the best the game has been. A plethora of tweaks to the formula mean it’s accessible, and there’s no nonsense to slow you down and stop you playing. A successful single player campaign is met with multiplayer fun that is unmatched by any other game for how unique and fun it is, and a massive amount of weapons means you won’t be getting bored any time soon. Splatoon 3 is a rip-roaring success, then, and is perhaps the game that fans wanted all along.

Splatoon 3 isn't the most exciting release on the calendar, but it is the best the game has been. As a standalone game it's a rip-roaring success, and perhaps the game that fans wanted all along.