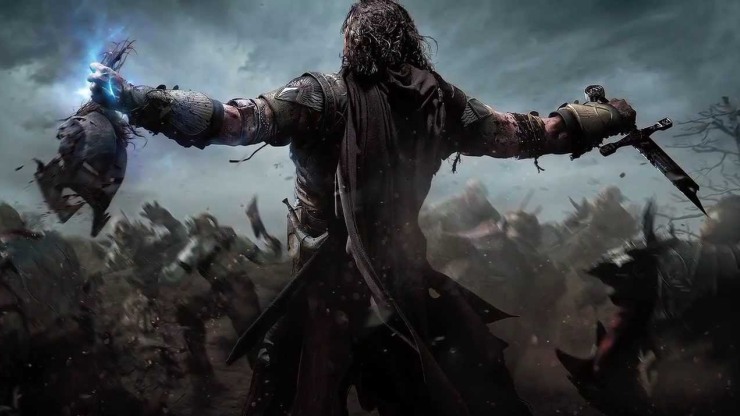 Middle-earth: Shadow of Mordor is essentially the Arkham Asylum of the Lord of the Rings property. Reinvigorating a franchise that has wallowed in the creative mire for far too long, its mix of brutal combat, satisfying stealth and open world exploration combine with a compelling story and the unique, innovative Nemesis System to make Monolith’s fantasy adventure one of last year’s best games.

Having already seen its fair share of DLC in the form of various challenge modes, Talion skins (including one that reskins the troubled ranger as a deadly elf woman) and runes, Shadow of Mordor had us expecting great things from the first official expansion, The Lord of the Hunt. While more Mordor is absolutely a good thing, Monolith’s decision to make this DLC completely standalone is questionable.

A lot of people wanted more story, an integrated set of side missions that would bring something new to the vanilla experience, but when examined for what it is, The Lord of the Hunt is really just one big series of challenges. Selectable from the main menu, LotH reunites dark ranger Talion with Torvin, the dwarf hunter responsible for some of the main campaign’s more interesting distractions. There’s a new batch of Warchiefs in Mordor, he tells you, and these guys are particular taken with some of Middle-earth’s toothier wildlife. It’s really just business as usual, hunting down captains to learn the weaknesses of the Warchiefs before using all your skill and knowledge to take them out one at a time. Right away, Torvin introduces you to stealth caragors (called caragaths), beasties that can hide in bushes and execute instant stealth kills. Later, you’re shown how to subdue ghuls to do your bidding, too, and there are some rather nasty new “wretched” graugs that delight in vomiting acid on their prey.

Every skill and ability is unlocked from the off, meaning Talion goes into The Lord of the Hunt as a stone cold badass ready to take on the world. Unfortunately, the game over-compensates somewhat by making the new Warchiefs utter bastards to kill. Once again the Nemesis System delights in punishing your failures by making each consecutive retry harder. It’s both the most rewarding and most frustrating enemy progression system I’ve seen in a long time.

What The Lord of the Hunt doesn’t do, though, is matter a damn. Sure, it’s good fun to master the new abilities and use beasts to complete the wealth of additional quests (it’s quite a substantial slab of content, after all), and there’s more Torvin, which may or may not be good news to you, but it’s so segregated that it’s almost forgettable. Quite why it couldn’t have been integrated into the main campaign isn’t entirely clear, as it’s not different enough from what has come before to deserve such a separate existence. Once you’ve finished the campaign there’s a new challenge map, which is essentially the same missions but without Torvin’s presence to frame them in any way. It’s endlessly replayable, if you want it to be, but it’s not revolutionary and repetition will set in here just as surely as it eventually does in the vanilla campaign.

As a first significant slab of DLC, Lord of the Hunt is a decent side attraction that gives you a reason to return to Middle-earth for a while and drops a new skin into the mix, but ultimately doesn’t feel particularly essential for anyone but real fans. It’s a good craic, to be sure, but it doesn’t really offer anything we haven’t seen.