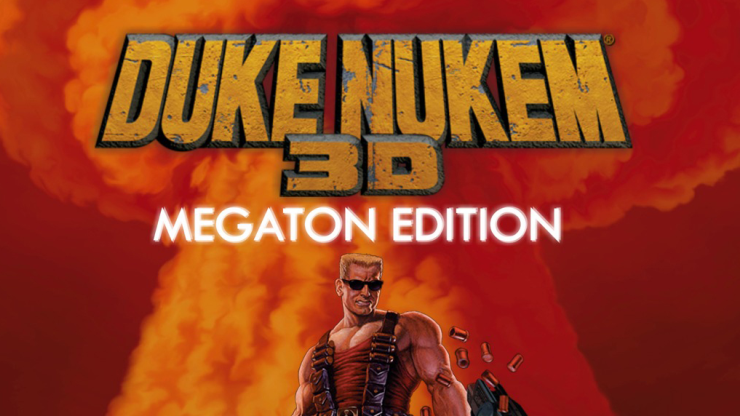 Once one of gaming’s most iconic action stars, Duke Nukem hasn’t had a particularly good decade. After spending more than a dozen years in development hell, his last-gen outing, Duke Nukem Forever, was rightly demonised as one of the worst games of its year. It was a bit of a losing battle for developers Gearbox Software, too, as the more faithful they attempted to be to what fans may have once called the essence of the franchise, the heavier the rod on their backs became.

The problem, of course, is Duke himself. He’s an unlikeable, misogynistic dinosaur who comes from a time when games were still made almost exclusively to appeal to boys, and dick jokes and gratuitous boobies were considered controversial, as opposed to just desperate. Almost everything that made the original Duke games fun and likable was lost in translation; even the strafe and kick mechanics felt horribly out-dated. An FPS that makes a fuss of being able to pick up a poo to earn an achievement really doesn’t belong in the 21st century.

So where next for Duke? With a sequel an almost concrete impossibility, Devolver Digital have dialed the franchise back to a time when it didn’t have to sheepishly apologise for asking a stripper for a lap-dance while executing pigs dressed as police officers. Duke Nukem 3D, first released in the nineties, was arguably the first and last great Duke Nukem game, which is sad considering it was neither the first nor last one released. The Megaton Edition of Duke Nukem 3D presents the Atomic Edition of the original game along with all the extra content released over the years (Duke Caribbean, Duking it Out in DC, and the Christmas-themed Nuclear Winter) and a competitive multiplayer mode. Quite obviously, when compared to a modern FPS like Battlefield or Wolfenstein it’s horrifically outdated, but for those who remember when it was the pinnacle of the genre, it’s an interesting jaunt down a pixelated, blood-stained memory lane.

For starters, it’s incredibly fast and basic. Aiming is a nightmare until you get used to the speeds required; we’re used to enemies moving in realistic ways these days, so enemy sprites that only strafe left and right or forward and back with jerky, erratic movements are a pain to hit, especially when your gun arm swings around like it’s on string. For a tough guy, Duke doesn’t take a lot of punishment before going down, and the weird method of selecting a respawn point as though you’re rewinding a video doesn’t alleviate frustration much. This is old school business. If you run out of ammo you’re reduced to kicking things in the face, which is as hard as it sounds when they have shotguns.

Once flying enemies are introduced it becomes a frantic bullet hell that you’ll repeatedly survive either by the skin of your teeth, or after multiple respawns. The “story” about an invasion of monsters and pig cops from an alien dimension is so throwaway that it’s almost completely sidelined by allowing you to select from multiple unlocked missions right from the off. The upside of this is that if you had favourite missions in the original, they’re easy to access and play again. It all works well on the Vita, of course, but if you’re not a fan of retro visuals, then nothing on Earth will make it look good. However, for those who appreciate a time long before HD, Duke Nukem 3D is glorious in its simplicity.

The online multiplayer is probably the most fun you’ll have revisiting this classic, as it throws players into open versions of the campaign levels along with respawning enemies to deal with at the same time. Again, though, it’s often too fast, and I spent more than a few minutes per game running against a wall manically spamming the kick button while my opponent did the same until one of us got lucky. Still, somehow I didn’t mind – and I doubt very much they did, either.

Proof that you don’t need a ridiculous budget, convoluted story or celebrity voice actors to make a decent shooter as long as you remember the fun factor, Duke Nukem 3D is arguably too dated to appeal to the majority as anything other than a five minute blastathon. A pumped-up version of a stone cold classic the Megaton Edition may be, but being the best Duke Nukem game ever doesn’t mean all that much these days.

Balls-out fun with the undisputed King of carnage, but it won't win over new players.