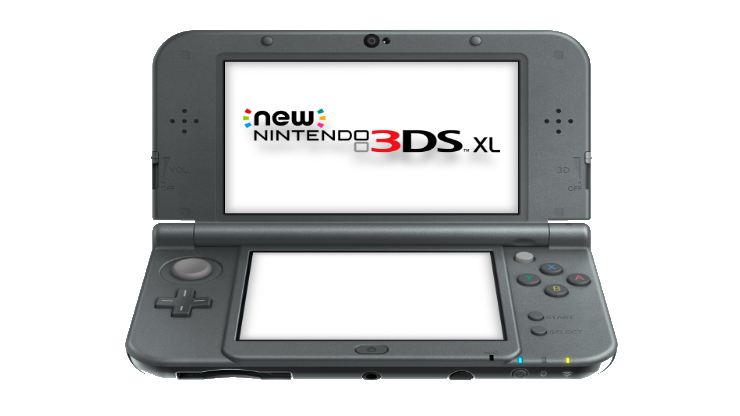 The truth is, if you own a 3DS, you love it. Back in 2013 it dominated your time, with some of the best games found on any system, anywhere. Last year: not so much. But that doesn’t change the fact that the name carries weight, and it’s still a fantastic, yet flawed, device.

With the New 3DS, despite the poor name (though I’ve yet to see any acceptable alternatives bandied around – just saying), Nintendo are looking to rectify the flaws, putting out a 3DS with additional shoulder buttons, a second analog “stick”, and crucially, improving the 3D aspects to the point that I’m comfortable saying “I play my 3DS games in 3D, now”.

Looking at how they’ve done it, well, it all makes sense. A front facing camera tracks your head, adjusting the 3D visuals accordingly, so you don’t have to sit the perfect distance, or be at an angle that’s just right. Of course you can’t watch someone else playing in 3D from the sidelines, but looking straight on at the New 3DS, the 3D seems somehow deeper thanks to these changes, and that may be mostly because it works, and allows you to focus on playing, rather than on the 3D itself. Animal Crossing: New Leaf has had hundreds of hours poured into it in our house. Myself, my wife and both children have played more hours than I’m actually comfortable admitting here, but such is the improvement to the 3D that we all remarked on how great the aquarium looks, full of life and depth of visuals. It was like seeing it for the first time – that’s how much better it is.

It also automatically adjusts brightness based on the room lighting, which is an interesting feature. At first I actually thought there was something wrong with the unit, but after a short period of getting used to things, this becomes something that makes a lot of sense, too. Everything just pops from the screen better, in general, thanks to a superior image quality on the New 3DS.

But there are those that won’t be sold on 3D, and nor should they be. If you don’t care about the 3D then the biggest improvement with the New 3DS may not be enough to sway you. The second analog nub works fine, but isn’t a substitute for a proper stick, instead being like one of those horrible laptop pointers. I ask you: what is the first thing you buy for a laptop with one of those? Yeah, it’s a mouse. Those who suspect further iteration upon the hardware may happen, well, there’s your angle. The shoulder buttons, too, work fine. It’s difficult to truly put these additions through their paces, however, because there aren’t a huge volume of games that make use of the circle pad pro in any meaningful ways, aside the new Monster Hunter and Zelda titles, which use the nub for a camera, which is just what the doctor ordered. It’s also worth noting that the extra shoulder buttons aren’t placed as you’d expect, instead sitting as a row of two on either side, which isn’t what anyone is used to. As always, though, it depends on what Nintendo do with it. Now their device is has these buttons actually built into it, first-party development will surely include them.

Elsewhere, it seems strange that they’ve switched from SD cards to MicroSD, and even more bizarre that the card is now behind a screwed-on face-plate. My 8GB SD card has become redundant, and now I’ve got to buy a large MicroSD to actually fit all of my games on. There’s no obvious reason for this change, because the New 3DS XL isn’t smaller than the old 3DS XL. The process of transferring from 3DS to New 3DS was a painfully slow one. I didn’t have enough space on the included 4GB card to send over all my data, but even with just save games and account information, it took well over an hour, and uses your internet connection to send files. There does appear to be a method involving a PC, which I have to assume is faster.

While the rear face-plate needs unscrewing to remove it, the suggested method of removing the top one is to use the handle portion of the stylus. It’s not the easiest first removal, and I was worried I would snap the entire thing in half. Speaking of the stylus, that’s back to being a small one now. From the original 3DS’ extendable stylus, to the XL’s plastic (but still long enough for adult hands to hold as a pen) one, we’re back to what feels like an Argos pen now, which is a huge shame.

The New 3DS is an improvement, however. Of that I’m in no doubt. While there are minor irritations, the things that actually matter (the better hardware that improves performance, the stable, usable 3D, the extra buttons and stick) make it a must-have for anyone who is still using the original 3DS. If you’ve upgraded to an XL recently (and have a Circle Pad Pro), it’s a tougher sell. If you’ve got to have Xenoblade Chronicles, this is the only way you’re doing so. We should all be confident that Nintendo will deliver experiences that are only playable on the New 3DS, and are worth having – and it can’t be under-stated just how much of an improvement the 3D is, that’s for sure.

Review unit supplied by Nintendo.
You may also like
New Nintendo 3DSnintendo