Night in the Woods Review 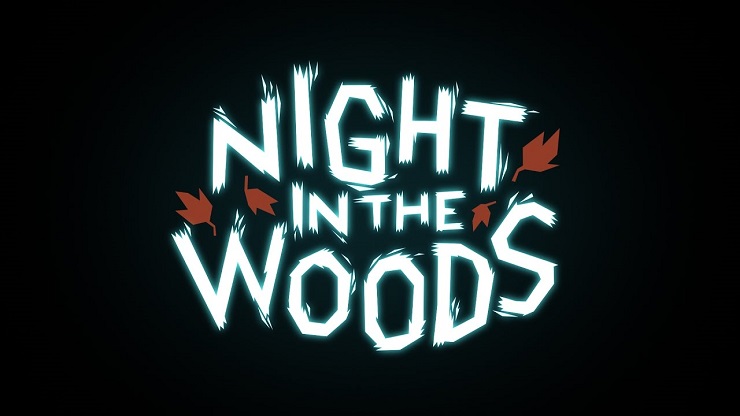 Mae Borowski is twenty years old and she’s just returned to her home town of Possum Springs after dropping out of college (much to the chagrin of pretty much everyone). Her friends have grown, they’ve got responsibilities and yet she remains behind them emotionally and in life experience.

Despite not wanting the daily routine of a job, Mae’s life is a fixed series of events whereupon she wakes up, checks her instant messages and then goes out to bug her friends at their jobs. She may not feel like she wants responsibility, but it’s evident she thrives on it as can be seen with her dedication to a family of rats inside an old parade float, or when she throws herself full force into the creepy goings on within her town. Night in the Woods is a smartly scripted affair, telling the story of a group of friends who aren’t happy with their lot in life, while tackling the subjects of capitalism and mental illness. Mae herself seems to suffer from depression and at times crippling anxiety; this leaves her constantly feeling like she can’t talk to anyone about the past events in her life or why she left college. Not being able to deal with life how many others would means Mae doesn’t completely understand the personal problems of those around her. She has a tendency to put her foot right in ‘it’ on many an occasion causing her to fight with her friends, and this reminds you that Mae is still completely her own character; there is no ownership of her despite the dialogue choices on offer.

Mae’s friends also have their own problems, Bea is a goth, forced to run the family business after a breakdown following the death of her mother left her father unable to cope, Gregg is a hyperactive fox in a leather jacket, unhappy with the fact he’s working what he considers to be a dead-end cashier job in the local mini-market, while Angus – Gregg’s boyfriend – works at the local video store and, well, actually seems to be ok. So, it’s not much of a surprise that when Mae starts experiencing creepy goings on that they pretty much decide to pack things in to help her figure stuff out. The dialogue between all the characters here feels completely natural, and despite the lack of voice acting you can practically feel the tone of each conversation. Mae’s parents talk lovingly to her at all times, even when arguing, like they know she’s going through a tough time, but don’t want to force her. Bea’s hostility comes across even when it appears that an initial reconciliation has been reached between them. Gregg’s quite easily the best character by far – his thirst for mischief is infectious and you can’t help but love his constant desire for reasons to bunk off work.

A lot of the interaction between the characters is really touching, I could feel myself beaming slightly at Mom telling me she loved me, and during a fall-out with Bea I felt myself getting annoyed that I couldn’t say anything that would prevent the conversation going downhill, and when it was over I felt so upset at how it all ended that I had to make her my first stop the next day to try and patch things up; creating characters you care about is tough work, but in Night in the Woods its done superbly.

There’s a lot of lovely little touches to the game too. Subtle little animations like Mae’s ear twitching when she’s left still, and Gregg’s arm wiggle will bring a smile to your face, while the music perfectly recreates the feeling of mundane drudgery in a supermarket or the fraught nature of a chase scene. Beyond that there are some great surprises too, like a Guitar Hero style mini-game for when the gang gets together for band practice or the playable rogue-like that Angus installs on Mae’s laptop which is a great little game in its own right; it’s just amazing how much love and affection has gone into this game. If there’s anything negative to be said here it’s that the big reveal at the end isn’t handled with the same care and attention as the character interaction, and that the nature of allowing for multiple playthroughs means it’s possible to miss some of the nicer side activities such as late night poetry readings at the library or a knife fight with Gregg. This is highlighted at the end with Mae’s diary; she tends to draw pictures of the things she does, so unattended events result in blank pages giving you reason to go back and play through again to experience these moments and see what she draws.

There’s a lot to love about Night in the Woods, from the looks, to the sounds, to the writing it’s really rather great to play through. I’m not the best at picking up subtext, but much of what goes on resonated with me on a personal level and despite a rather unsatisfactory build up to the final act, what comes before and after it is more than worth the price of admission.

Gorgeous to look at
Excellently scripted

The big twist is mishandled

Witty, smart and great to look at, there are many worse ways to spend your time than a Night in with Night in the Woods.

You may also like
infinite fallnight in the woods

Night in the Woods releases on February 21