previous
The Crew Review
random
next
Destiny Expansion One: The Dark Below Review
0 likes 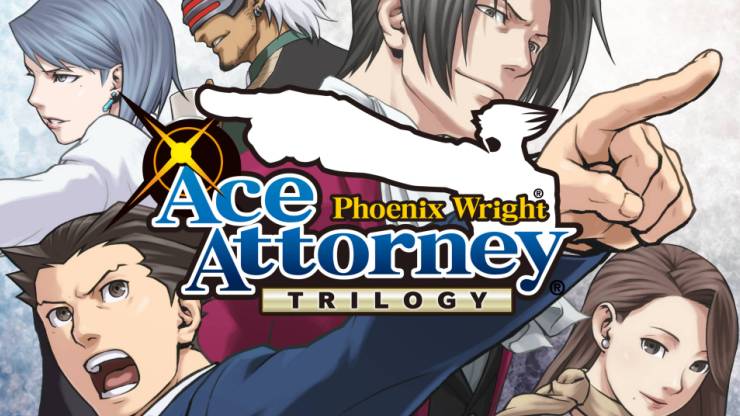 I remember back when Super Mario All-Stars came out for the SNES. It was the first real collection of great games to hit a console, redrawn and repackaged for new hardware. The whole exercise has gotten out of hand now, with a new collection of existing titles being announced for current gen hardware on a regular basis. In a way there’s not too much wrong with this as it opens up certain games and collections to people who may not have played them before, but it does leave us with a quandary for review. Do we look at the games from a fan or new-comer perspective? Do we take the games contained within individually or look at them as a whole? What if it’s been seen elsewhere first in slightly different form? Now I’m a huge fan of the Ace Attorney series. I’ve played through all three of the original Phoenix games, Dual Destinies, Apollo Justice and the Professor Layton crossover, and while the games have their faults they are brilliantly woven stories in which to immerse yourself. In a way you could probably say they’re not games, they’re interactive stories, akin to “choose your own” adventure books. The path you take is linear, but the decisions you make will either see you to victory or failure, at which point you go back to where you kept your thumb in the book.

So, we come to the 3DS version of the collection of Ace Attorney titles known as The Ace Attorney trilogy. Released a while back on iOS with updated sprites and slightly tweaked music, we have here the 3 games in their original form. While I loved playing through the titles again on my iPad, there was just something about the new sprites I didn’t like. They lacked the soul and charm of the pixellated look of the originals, but thankfully they’re back along with the original music and sound effects, which, as a result, are much punchier. The Cornered theme sounds much better on my 3DS than it did on my iPad, for instance.

Anyway, let’s get down to it. If you like a well-written story (or stories in this case) and logic puzzles then you’ll find plenty of enjoyment here. Each case (turnabout) – aside from the first – consists of story exposition, investigation, courtroom drama, investigation, courtroom drama. You might get an extra investigative bit followed by, yes, more courtroom drama, but that is the game’s general premise. It’s a fast-paced world where someone can be arrested and put on trial the next day – this fantasy doesn’t have time for the real world machinations of the justice system, oh no. In the investigative segments you have to move from place to place searching the scenes for clues as to what really happened so you have a way to defend your client in court. There can be some frustration here as at times you will need to go back and forth to try and find the one thing you missed that can trigger the next sequence so the story can continue. The courtroom sections will have you listening to witness testimony, pressing statements to get more information and then presenting evidence from the Court Record when you spot a contradiction between what was said and what the evidence tells you. Like the investigative parts the pace of these is relatively sedate, you’re free to take your time and carefully pick your way through to figure out what is the best course of action.

As you start to unravel the inaccuracies and lies the witnesses spill they become more and more agitated; as this happens the music gets more intense, and the tempo increases. When you hit the home stretch and you’ve nearly gotten to the truth what is referred to as the “Cornered theme” plays. While this is an interactive story it’s not a stretch to say that when this happens it’s one of the most exciting things in gaming. You can get carried away as that tune blares into your ear drums carrying you from item to item, statement to statement and while Phoenix and whoever turns out to be his opponent play Objection tennis as the witness sits helplessly in the middle, it’s brilliant to be part of it. The problems with the Ace Attorney games though are well known to fans. The puzzles you’re required to solve are logical, but sometimes the reasoning behind them leaves much to be desired. You’ll pore over testimony and present evidence that clearly contradicts the statement, but because it’s not the right time to present that exact piece it’s counted as a penalty against you. This is incredibly frustrating as on a regular basis you’ll have figured out what really happened and you’re waiting for the characters to catch up, but because of the linear narrative there’s one route and one route only. You can’t present something whenever you think it should be right, it has to be when it’s required, no exceptions.

The first game was originally built for the GBA and when it was first re-released onto the DS it contained an extra fifth turnabout which made use of the 3D rendering and touchscreen technology that the DS had, but the GBA lacked, such as rotating evidence to find clues you may not have noticed before, dusting for finger prints and checking scenes with luminol for blood. Now comes the hard part: recommendation. From a fan’s POV, it’s a great package. All 3 original titles in one place? Great. But, if you’re a fan you’ll most like already own them all. For newcomers? It’s a fantastic way to get into the games but, if you’re not into interactive story books, it is hard to get excited about. Then there’s the price – £24.99 is pretty reasonable, but it was £11.99 to unlock all the chapters on the iOS version.

When it’s all said and done it’s hard to say no to what is a good package. It’s not as cheap as the iOS version, but to buy all 3 titles separately on the DS you’ll be looking at well over the asking price.

It’s not perfect, but there really should be no objection to letting Phoenix Wright into your life.