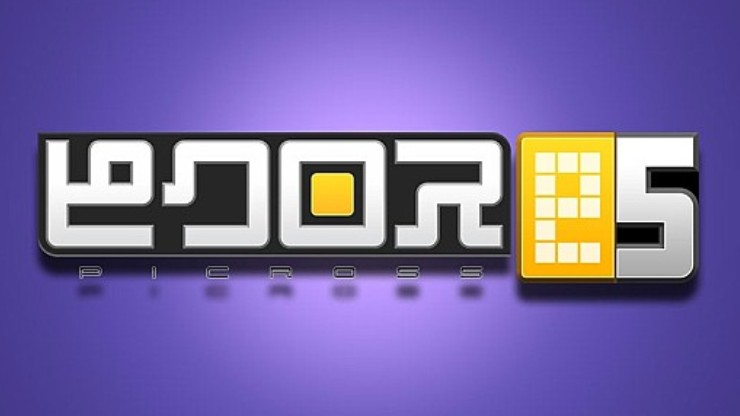 Picross is a very simple idea with an uncomplicated mechanic that is designed to steal large amounts of your spare time. Picross E5 is like the puzzle book compilations you see in the local newsagents: you know that you will be getting nothing new in the book, just more variations on the ideas you love. Jupiter Corporation has done exactly that in the fifth iteration of Picross with game modes from previous games making another appearance and bonus puzzles unlocked for those who have purchased previous versions of the games.

From the offset you have a number of modes available to you. Standard Picross, for example, will give you the normal version of the game. For those uninitiated, you must guess where you must place marker squares in a grid in order to produce a basic pixelated picture. Numbers at the edge of each grid will give you a clue as to where to place the markers and where to leave spaces, and incorrect guesses will result in a red cross and a time penalty. While the main aim of the puzzle is to complete it, the quicker the time the better for those interested in beating their own records. As you work your way through the puzzles, they will get progressively harder, turning the whole affair into more of a logic puzzle than a simple picture by numbers. On occasion you will be given the chance to use a hint to help you out. On many occasions a leap of faith can be required before you press a button and mark a square. While there are no lives to lose if you do click on an incorrect square, it certainly raised a smile when I cleared a picture without making a single incorrect guess.

The Micross mode uses smaller Picross puzzles in order to make up a larger picture. The number of puzzles required to make up a picture is fairly large and it will certainly take time to create any one of the Micross’ available. This is a mode for a long journey, as the reward for completion of the puzzle is certainly very satisfying.

The last mode is Mega Picross, which departs from the normal mechanic in that the numbers given can be divided between of couple of rows. This mode is the one to stretch the little grey cells the most, with the need to work logically through each of the puzzles on offer. To me, it was certainly the least casual of the modes available.

The graphics are basic but extremely serviceable and are more than fit for purpose. To be honest there really isn’t much more that can be done to make the interface flashier or more exciting. They are clean and crisp and certainly easy to use, and in many ways this is a good thing, as there is a chance you will be spending considerable time looking at the screen, so any additional window dressing would be distracting. It is interesting to see the transformation from the completed puzzle to the coloured version, but Picross will not be winning any awards for breaking the boundaries of games art on the 3DS.

You are given two methods of control, either using the stylus, or using the D-pad and B button. These old fingers preferred the use of the D-pad; it was just as accurate as using the stylus and in some ways was less tiring on the fingers to use over longer periods of time. The soundtracks that you play along with are simple and inoffensive and you certainly won’t be missing anything if you keep the volume down low and play in silence. In all fairness, though, I wasn’t playing Picross E5 for the music – it would have faded into the background whether I was listening or not. This is a game that has that unusual ability to suck you in and steal hours of your time.

The question is: does the fifth version of a game deserve your time and the small amount of money from your wallet? Like the puzzle compendiums you will find in the local newsagents, Picross E5 really doesn’t offer anything ground breaking that you haven’t seen before. It will neither wow you with its graphics and sound or create levels of excitement like some other current offerings on the 3DS. However, this was never the intention in the first place. Picross is very confident in delivering more of what the fans will enjoy, and is very easy to pick up and play, but ultimately provides a decent brain exercising challenge in the later levels and the other modes on offer.

For those looking for something different and enjoyable for the commute and those that have never played Picross before, it’s certainly worth picking up, and even for those who have owned previous versions, it’s still worth adding to your 3DS collection.

Not a great leap forward for the series, but more Picross is always welcome