previous
Deadly Premonition 2: A Blessing in Disguise review
random
next
Beyond A Steel Sky review
0 likes 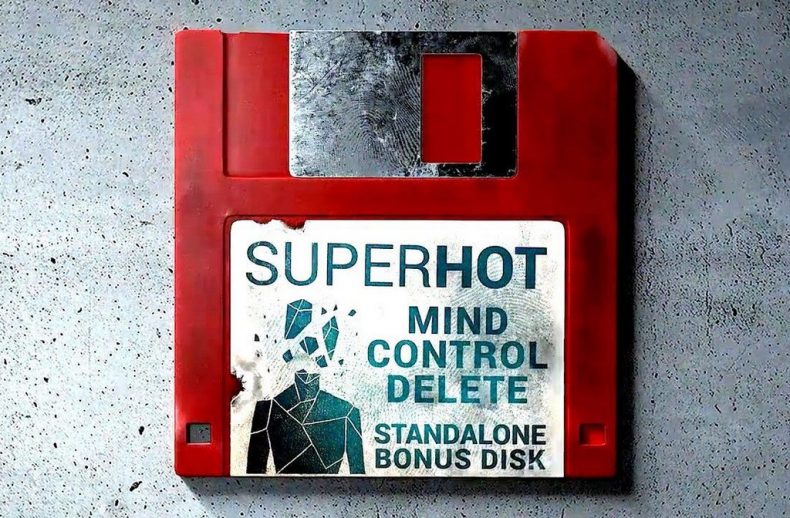 2016’s Superhot deserves more love. Well, maybe not love, because most who played it loved it. Maybe “recognition” is a better word, because not enough people played it in the first place.

It’s a first person shooter, after all, which are pretty much ten-a-penny on any platform, and if you only watch it being played without playing it yourself it’s easy to wonder why it’s worth a fanfare. Depending on which part you watch it either looks like any other FPS, or like a clunky first person adventure that stops and starts and seems filled with fail states. So for those who have never played it, and especially those who have seen it in motion and presumed to know what it’s all about, I’ll explain briefly.

Superhot is a shooter wherein time only moves when you move, so a bullet fired from a gun will remain poised in the air, millimetres from the barrel, until you perform any action. When you stop, it will stop again. It forces you to weigh up every movement, to determine if making a kill is worth risking a bullet, as any hit will kill you instantly and force you to restart the scenario. Beating an area and defeating all the enemies rewards you with a full speed replay of events in which you look like an unassailable badass. But as cool as Superhot undoubtedly is, it’s limited. Throwing, dodging, shooting and punching is fun, as is the bizarre, dimension-blurring metaworld in which it’s set, but sooner or later you’ll have seen all it has to offer and all that remains then is to solve each violent, slow-motion puzzle the game throws at you. To remedy this, stand alone expansion MIND CONTROL DELETE transforms Superhot into a first-person roguelike, presenting a change of pace on the same scale as the VR version did.

While missions and scenarios aren’t randomly generated, they are randomly queued, so each “run” is different. What’s more, you have three lives now, represented by hearts, so insta-kills are no longer a thing. As you progress you’ll periodically choose a mind hack, that alters a fundamental element like increasing movement speed or the number of bullets in a gun. Some will give more hearts, heal you, or assign you a random gun at the start of each scenario. More hacks can be unlocked, too, such as one that makes thrown items explode on impact, or another that grants you a devastating charged punch. Each new hack changes the way you play, such as one that causes you to unleash a forward-facing explosion when you lose a heart, and therefore makes it almost worth taking a hit to clear out a room. Also, some enemies can’t be disarmed in MIND CONTROL DELETE, which forces you to keep moving and thus keep time pushing forward. For the first time, this expansion introduces new enemy types and bosses that will take more than just shooting to overcome. I won’t spoil the details, but the change of pace and tactics is welcome despite the increased challenge.

If anything, some of the new skill hacks feel like overkill. After all, your time manipulation power is already potent, and simply taking the extra heart every time will keep you alive. Fast reloads, bigger mags and increased movement speed are nice little bonuses, but they’re all dressing, really. Because they’re assigned by chance (you’ll always pick from a choice of two random hacks), you can’t plan for them, and so if you improve your survivability at every available opportunity you can’t really go wrong with your “build”.

The story is even more bonkers than before, and will make little sense whether you played the first or not. Essentially, though, the text chatting between you and your mysterious friend is gone, replaced simply by the repeated reaffirmation that what you are doing is pointless, suggesting that you could stop at any time but you won’t because you’re hooked on the repeated mindless killing. It’s not wrong, either, and as a narrative device it continues to work wonderfully, acknowledging that this is not set in the “real world” but that you’re addicted to violence and repetition nonetheless. And yes, it continues to refer to you as a “dog”, which is lovely.

If you’re already a fan of Superhot, MIND CONTROL DELETE will give you a damn good reason to go back to its surreal world. If you’ve never played before, be warned: this adds so much that it could ruin the original for you. The plot is as weird and obscure as ever, but it’s also irrelevant. Superhot’s hypnotic, violent rhythm is the star of the show, and for every hack you unlock and upgrade you earn, you’ll be rewarded with more ways to kill and survive. It’s hard to find a downside to the situation, other than that speedrunners may be put off by the randomised nature of each run. Beyond that, Superhot: MIND CONTROL DELETE is a truly fantastic, challenging shooter that makes an already incredible premise even better.