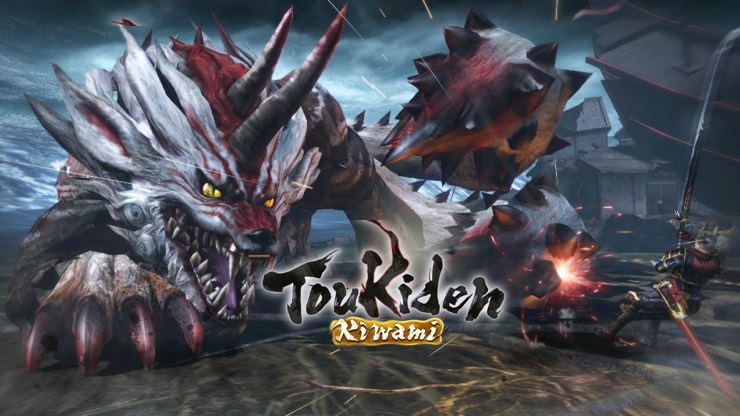 Monster Hunter is a bit of a global phenomenon. Despite its relative niche-ness it has a massive fan base and has spanned multiple consoles and generations. As a series it normally ties itself to a particular console or console manufacturer, and currently it sits on possibly the most popular handheld system right now, the 3DS.

Since it left the Playstation brand behind with Portable 3rd on the PSP, other developers have tried to plug this hole with middling success. So far we’ve seen Gods Eater, Soul Sacrifice and, more recently, Freedom Wars. Koei Tecmo’s Toukiden came to Sony’s Vita early last year, and now here it is in an enhanced form on PS4, Vita and PSP under the name Toukiden Kiwami.

The game follows the story of a group of warriors referred to as Oni Slayers (demon slayers, basically). They live in a village on the front line of a battle to keep demons away from the only area unaffected by an event dubbed The Awakening. It is the duty of you and your fellow slayers to keep the Oni at bay. Omega Force are behind development, so it should come as no surprise that it leans hard on the medieval Japan aesthetic. It’s a hallmark of theirs considering their pedigree with the “Warriors” titles they frequently release. This, however, is a completely different style of game. The massive armies, sprawling locales and fluid combo system are gone, and in their place we have a slower paced title with fights against opponents lower in number in interlinking arena areas.

Being serious, this is Monster Hunter-lite. It follows the same basic structure to a T. You accept a mission and then go to an area which breaks off into individual paths that lead to other small areas in which you will do battle to achieve the objective set by the mission. Normally this will be a case of “Kill X of these”, “Protect this area” or “Kill big bad thing”. While the mission narratives are nice to read, the fact that the mission variations don’t tend to change makes the text accompanying each one nothing more than a bit of fluff to encourage you to do the exact same thing you did the last time around. Once again, in a similar way to Monster Hunter, you have a range of weapons you can specialise in. There are plenty of tutorials for you to train yourself up in the ways of using whichever takes your fancy, so there’s no reason why you should have to try to accustom yourself to them in the midst of battle. The more you use these, the more compatible they become with you; once a weapon reaches max compatibility, it can be fortified to make it stronger, and to increase the amount of sockets it has.

Sockets are important, you see, as while you are slaying Oni you will acquire Mitama – the souls of long departed warriors – who are just itching to lend you their power in battle. By equipping these spirits into the sockets on your weapons they bestow upon you various positive effects, and trigger-able powers. The more sockets you have, the more of them you can take into battle, which increases your battle capacity massively. Like your equipment, these Mitama can also level up and be upgraded, once again making you a more effective Oni-slaying machine.

Battle is nice and sedate; Square to attack, Triangle for hard attack, Cross to dodge and Circle to activate your weapon’s special ability. Corpses stay behind for a limited time waiting for you to perform the Ritual of Purification (with R1), which also acts as the looting system. Purified corpses grant you items which can be used to create new armour or weapons. R1 also acts as your run button, but also as your trigger button for activating Mitama abilities, which change dependant on which Mitama you currently have equipped. You don’t really need to think too much in battle against the regular Oni fodder; the real challenge of the game is against the larger foes you will face.

Obviously these larger enemies are going to present a sterner test than your regular demon. A quick press of the Options button will activate your “Eye of Truth” ability, which highlights weak spots for you to focus on. A concentrated effort here will result in that body part being lopped off, (these can be purified for armour and weapon components too) and each part removed results in the Oni being defenceless for a period allowing you to deal further damage. Being demons, however, they can grow the limbs back, thus allowing them to resume fighting you. These fights can be arduous affairs, with you needing to retreat and re-engage on a regular basis to direct the pressure off yourself and back onto the target. They are time-consuming battles, but they’re still fun as you and your AI compatriots stick it to the big guys. What doesn’t help at the start is that the game doesn’t explain one particular mechanic. You have two gauges around your stamina and health bars, and once either of these is full, pressing the Triangle and Circle buttons together unleashes a special attack that pretty much eviscerates the appendage you are currently targeting. This changes these fights completely, and it’s a bit annoying that you have to find this out by checking the online manual. Considering you’re informed of all the other aspects of the game, the absence of an explanation for this seems rather silly.

If you own a Vita and decide to grab the game across both devices you can move your save from one to the other and carry on your demon hunting while out of the house; not only this, but you can play co-op with PS4 users from your Vita too, which should hopefully make for a decent amount of players to buddy up with. A handy feature, but pretty expensive and I can only really see hardcore fans taking advantage of this due to the cost involved. A double pack of both games would have surely been the way to go here.

Toukiden Kiwami isn’t going to win any prizes for originality, it wears its influences on its sleeve and isn’t ashamed to parade them. It’s not the best looking game ever, but the visuals are functional and don’t falter when things start to get hairy. If you’re after a slice of Monster Hunting action and don’t own a Nintendo console, you could do worse than get this.

A decent stab at the Monster Hunter template, and a decent entry point for anyone considering the genre.