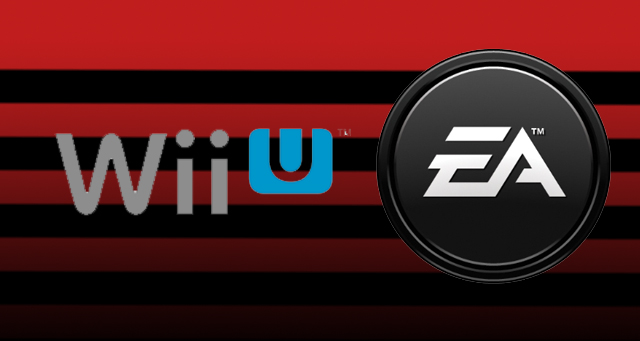 It really does seem as though the development community is giving up on the Wii U before its had a chance to shine, as EA today hints at an end to any spending on research and development for the Wii U. The publishing behemoth has been talking to PSLifestyle about its E3 showing, stating that:

Regarding next generation consoles, we are under a non-disclosure agreement with our platform partners, however, we’re planning a full reveal at E3 including more next generation titles in development for FY14. This will include breakthroughs in graphics and gameplay for some of our biggest franchises including Battlefield, FIFA, Madden, NBA LIVE, and Need for Speed. We plan to unveil new titles from EA SPORTS, Bioware, and DICE and a first look at  some brand new games.

EA went on to say that they have managed to ‘eliminate expenses’ on next gen research and development by ditching platforms they don’t think have ‘long-term potential’. Since Frostbite 3 doesn’t support the Wii U, we can assume that it’s Nintendo’s latest home console EA is talking about.

EA will, however, continue to support the PS3 and Xbox 360 for some time after the arrival of the next-gen, citing FIFA as an example of a cross-generational title that was very profitable for the company. So from this perspective, maybe there is hope for the future of the Wii U yet, at least from an EA perspective.

Nintendo are fighting an uphill battle to get the Wii U into more homes, so it will be interesting to see how it responds to this latest setback. A full new 3D Mario title will be a good start though, we reckon’.

Hello! I'm Jonny, gamer since 94' thanks to my trusty Super Nintendo, hooked ever since. Consider myself to be a casual gamer, but to be honest I'm just kidding myself. Nintendo fan boy, Formula 1 and Saints FC fan.
MORE LIKE THIS
Wii U