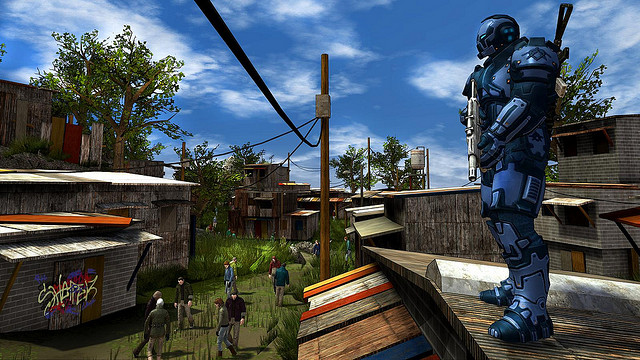 After last week’s proclamation that Crackdown is “important” to Phil Spencer, he’s been talking to IGN about the Crackdown orb popping up during the Xbox One reveal event:

“Oh… Crackdown is one of my favorite games, and not just because it’s a Microsoft first-party game. I have a lot of love for that franchise. The homage to Crackdown in the [May 21 event] reveal screenshots was… I know there was some, like, ‘Did we accidentally sneak that…?’ It wasn’t accidental. Definitely.”

He went on to say that a new game in the series would be ideal with Xbone’s cloud functionality due to the open world nature of previous Crackdown titles.

Consistently touted as an Xbox favourite of many, a Crackdown 3 announcement is looking more and more likely as the days go by.