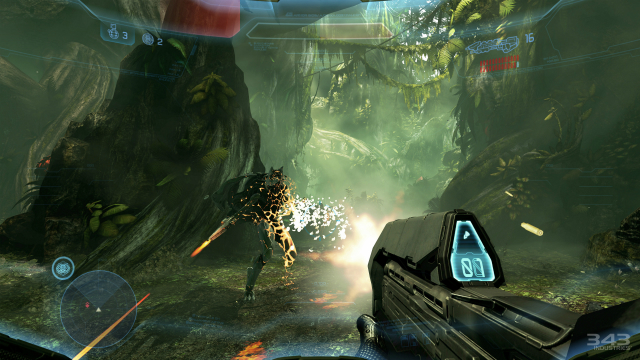 We all thought that the Castle Map Pack, which released back in April, would be the last piece of Halo DLC we’d see until Halo 5. It turns out we were wrong, happily, as 343 have today confirmed the release of the Championship Bundle’, which will bring two new maps to Halo 4’s multiplayer offering.

The Championship Bundle will launch August 20th, and will feature three distinct packs, each containing their own particular goodies. All three of the backs (the bundle) will weigh in at 800 MS Points, with the packs being available individually for a knock down price. So what do these packs contain? Well..

·         Infinity Armour Pack: Set your Spartan up with impressive and legendary new armour

If the new maps are all you are interested in, the Bullseye pack will cost you a very reasonable 480 MS Points, with the Infinity and Steel Skin packs costing 240 points each.

Hello! I'm Jonny, gamer since 94' thanks to my trusty Super Nintendo, hooked ever since. Consider myself to be a casual gamer, but to be honest I'm just kidding myself. Nintendo fan boy, Formula 1 and Saints FC fan.
MORE LIKE THIS
Halo 4

Halo: The Master Chief Collection to be included with Xbox Game Pass in September

Halo: The Master Chief Collection Goes Gold, Requires 20GB to get all the Content