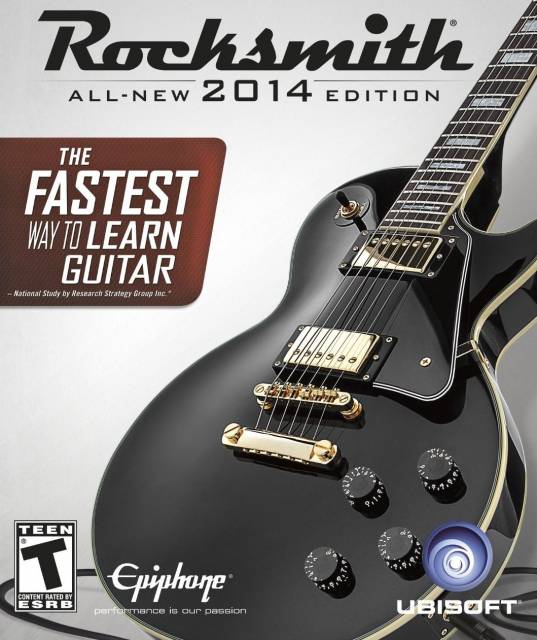 Hello dear would-be rockers! By now hopefully you’ve read Martin’s glowing review of Rocksmith 2014, and are also intrigued enough to have clicked the link that brought you here.

Your reward is a couple of videos of guitar playing, and a look at some of the modes you’ll get to play around with in the game, should you go and buy it.

In the first video, I play through Muse’s “Knights of Cydonia” before having a look at the riff repeater, then a little bit of session play.

The second (slightly shorter) video I play some “Pour Some Sugar on Me” by Def Leppard, then look at the Guitarcade to play some Ducks Redux, then finally have a go at the score attack version of Oasis’ “Don’t Look Back in Anger”. One thing I forgot to note, however, is how the tone for that particular song is nigh-on perfect, which is a hugely impressive thing to see. Apologies for the audio during the second part of this video, as there’s a bit of acoustic picked up by an over-sensitive mic!

Editor-in-Chief here at GodisaGeek, I organise almost every bit of content as well as running our weekly Podcast, and being the lead producer on our YouTube Channel. That means I'm very busy and sometimes grumpy. Yay!
MORE LIKE THIS
RocksmithRocksmith 2014Ubisoft

Rocksmith 2014 Heading to Xbox One and PS4