LTTP: Why Valiant Hearts Might End Up my Game of the Year 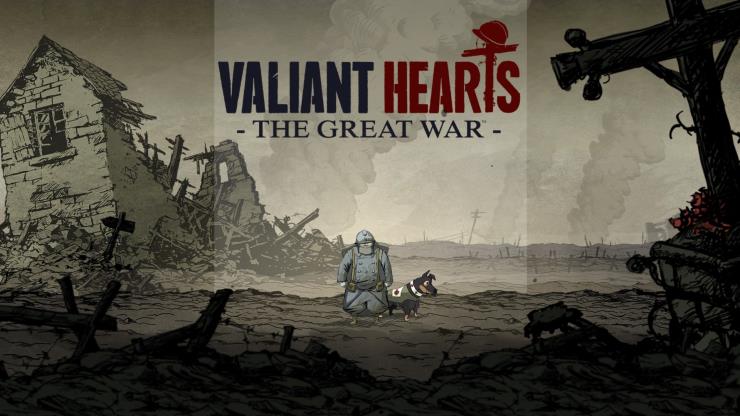 Anyone who knows me, will be well aware that I’m a man who wears his heart on his sleeve. I’m not afraid to admit that games have made me cry, and in truth, the ones that do are often titles that stick with me for a long while. Films and music can move us so deeply, and video games should be able to do so as well – yet it’s only a certain few that can actually do it.

Games have flirted with wars and violence for as long as I can remember, but few go after the first World War – though in truth, that’s not even why it affected me so deeply. Often one of the biggest aspects of a war-based experience is the empowerment. Look at Call of Duty or Battlefield: hugely successful franchises, blockbusters that sell millions of copies and people play for the entire year online against their friends and enemies. But they’re about being super-heroes. They’re about a singular entity taking on insurmountable odds and somehow coming out victorious, even if they get into some serious scrapes along the way.

What you don’t see so much, is the human element. And that’s the first time Valiant Hearts had me pretending I had something in my eye. As a family was torn apart on-screen, I sat there with my wife and children, suddenly grateful for my lot in life. I’ve been through some tough times in recent years, thanks to a heart attack and the resulting year of destructive panic attacks and often crippling anxiety, but that moment made me shiver. I’m fucking lucky, I do have my health, and I have my family – there’s no risk of us being forcibly ripped apart.

From that moment, though, Valiant Hearts had us in its clutches and it became a game that we played together. Experiences like that, for me, are few and far between. Having spoken at length about The Walking Dead on our weekly podcast, I know that Calvin played through that game with an audience. But it’s not something my wife would enjoy, and obviously it’s not for children.

It’s a constant tale of survival. At no point do you get a gun and start bursting enemy heads. In fact, the violence is toned right down in Valiant Hearts, and some gameplay elements are almost comedic. Let’s forget for a minute that it’s an old fashioned point and click game at times, and let’s barely touch upon the fact that Ubisoft continue to do music levels better than anyone else out there (though my God, what a treat that second driving part is), there is definitely a lighter tone in places despite everything that is going on around our heroes. One character carries a ladle for large portions of the game, using it to dig through the dirt past unexploded bombs and the devastation of war, but it didn’t bother me at all, so heavy going is the narrative that it felt apt to relieve the tension, pulling me out of this horrific war.

You see, throughout the game you can find collectibles, and pop ups will prompt you to have a look at the information they hold. Harrowing as it may be, this tie in to the real events is what gets you. Valiant Hearts is as much a lesson as it is a game, and the soft piano-led accompaniment lends gravitas to information that barely needs it.

And, of course, there’s that ending. As my wife and I watched the final stages of the events unfold, she had hope, where I had lost mine. We both cried softly at first, and then we had to hold one another, because we needed to.

Valiant Hearts is a reminder of how much people have given for so many. It’s also a reminder that, back then, soldiers weren’t necessarily heroes. They were family members; fathers and sons just wanting to get home, just wanting to survive. It’s a reminder of the true brutality of humanity in war-time, but that the best part of all of us is always kept safe inside us – our hearts.

It has stuck with me for over a week now, and it feels so important. Games can be throwaway, and I love many of those titles, too. But games like Valiant Hearts are rare: the ones that prove how moving our chosen medium can be.