by Advertorial - Paid Placement on December 8, 2014 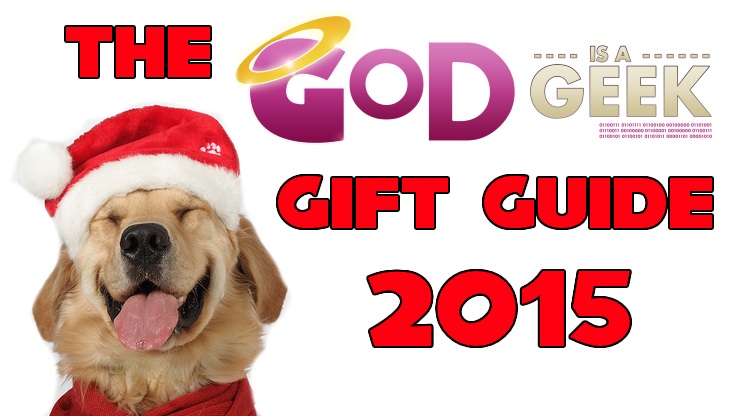 There’s a lot of choice these days, when it comes to buying gifts for the gamer/tech-savvy friend or relative (or lover, if you’re saucy). So we thought we’d put together a handy guide including some products we like using. Maybe some things you hadn’t thought of that will be stocking fillers, or maybe that extravagant gift for yourself, because, like L’Oreal says: you’re worth it.

Venom Twin Rechargeable Battery Packs for Xbox One (£13.10 from Amazon)

Given that the Xbox One uses batteries out of the box, eventually you’re going to want to upgrade to some form of rechargeable battery pack. This handy box comes with two of them, and the cables to charge with, too, so you can always have one ready to go. They have a good battery life, are made of sturdy stock, and don’t add too much weight to the controller. A bit of a bargain, and I’ve not looked back since buying them.

Chances are, if you’ve seen any of the videos on our YouTube channel (or here on the site), they were captured using an Elgato device. It’s become the industry standard in a lot of places, but you can now grab the latest model, which fully supports 1080p and 60fps for the shiny new consoles. Having tested it extensively, on videos like the Mario Kart 8 one (below), I’ve found the results are spectacular. However, be warned: it requires a faster, stronger PC than the standard Elgato machine.

Now, we’re into the high-end of Christmas gifts here, but this one is another we’ve tested and is rather special. The actual headset itself is completely wireless, with discreetly hidden microphones. The base unit is USB powered (which yes, means you have to have a cable sticking out the front of your PC – though the headset works with a PC, as long as you have optical cable outputs on your tower), small and inoffensive. The sound delivered is amazing, and it’s worth the cash if you’re in the market for a high-end headset.

Another pricey one, but effective at what it does, and should mean you’ll never need to update your Xbox One’s storage again. Of course, there are smaller HDD-size options (also visible on the above link), but this one can plug right into an Xbox One, and is fit for the job. It’s USB 3.00 powered, meaning you can use it on your PC (it includes a cable in case a single USB slot on your PC isn’t strong enough to power it). Honestly, we have had no issue with this portable drive on either PC or Xbox One. Taken from our feature “Amiibo and You“: That strange pride you get when they win a fight; the weird annoyance you feel when they lose – that’s all definitely here, and I know exactly how I’ll feel when Rinky Dink is fighting another person’s Amiibo. I know I’ll be back on that playground.

It’s a bizarre one, but PS TV does what it says on the tin extremely well. Perfectly, in fact. If you are after a way to stream you PlayStation 4 to another room, or if you want to play PS Vita games on a big screen (Persona 4 Golden on a 50″ = heaven), then PlayStation TV is exactly what you’re after. Don’t expect to capture footage for you YouTube channel without a HDCP stripper (naughty you, anyway, but if you go in knowing exactly what you’re buying, it’s a decent gift for a tech-loving PlayStation fan.

Once upon a time, you wouldn’t have been seen dead in a Sonic tee, or a Watch_Dogs hat (actually, nothing’s changed there, come to think of it), but nowadays, thanks to the likes of InsertCoin, you can wear gamer clothing with pride, and look kinda cool, as it goes. They’re not cheap, but vouchers mean you don’t have to risk getting it wrong, leaving the actual choice to the person you are giving to. Vouchers may be a cop out, but for the less-brave, there you go.

And there you have it, Christmas shopping done for another year!

Disclaimer: GodisaGeek takes no responsibility for relationships that are damaged, or children that are upset because of advice followed in this guide. So there.