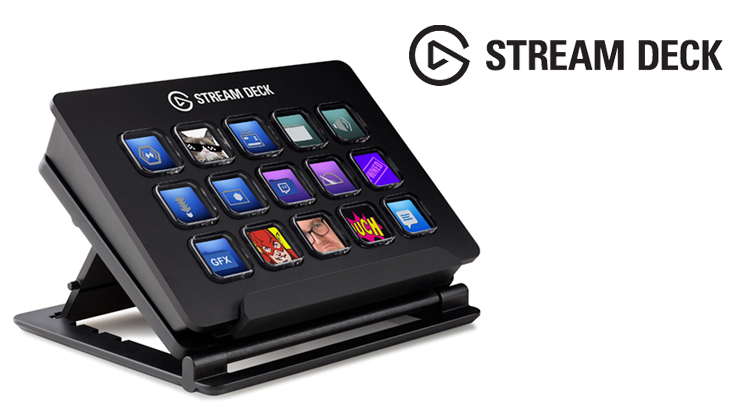 Elgato just announced the Stream Deck as a controller for live content.

The Stream Deck will let you switch scenes, launch media, adjust audio, and more. It can have up to 210 actions configured on it through folders and it supports “popular streaming applications”. It is now up for preorder for £139.95. The Stream Deck App supports Elgato Game Capture, OBS, Twitch, Twitter, and more already. Julian Fest, the General Manager of Elgato Gaming, had the following to say about it:

“We revolutionized gameplay sharing with Game Capture HD and now we’re taking live content creation to the next level with Stream Deck. It provides streamers with a level of control that used to be exclusive to mainstream entertainment broadcasters.”

The Stream Deck will release in May and will be available on Elgato and Amazon for £139.95.