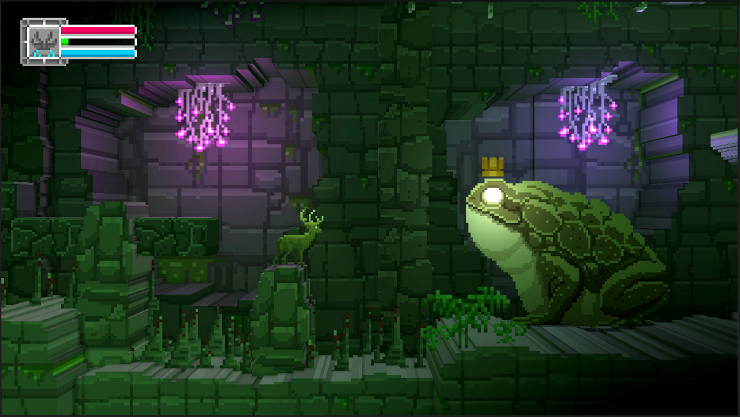 Crescent Moon Games’ Early Access title The Deer God has received it’s final update as it moves ever closer to its full fledged release. The update brings co-op play to the title meaning you and a friend can live it up as Deer deities in this stunning 2D pixelated platformer.

The game was originally on Kickstarter where it managed to raise double its intended financing target.

You may know Crescent Moon Games from titles such as Ravensword and Paper Monsters. The Deer God will be their first PC release due in Q1 2015. It will come to WiiU and Xbox One shortly afterwards.

A lover, not a fighter and an all round good guy (he would say that, he wrote this after all), he's happy to be here as part of GIAG.
MORE LIKE THIS
Crescent Moon GamesPCThe Deer GodWiiU

The Deer God and Infinite Boredom

Last Knight Review
Support us on Patreon for exclusive content