Can Nosgoth Make it as an eSport? An Interview with Psyonix 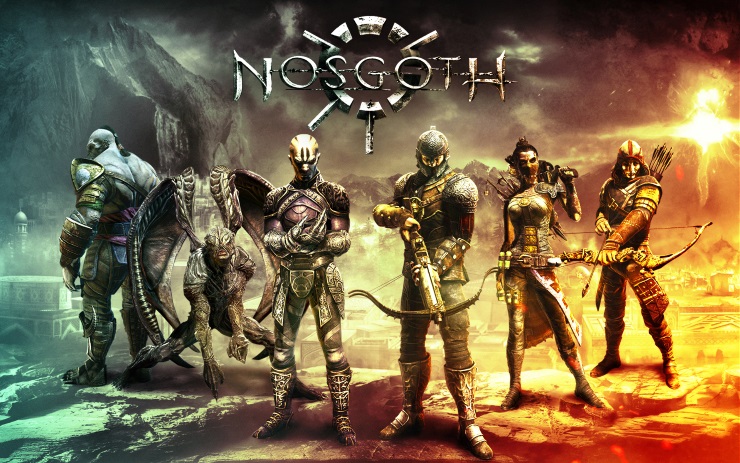 Last month Nosgoth entered open beta, and I had no idea what it was – at all. Then, a few of my regular Dota team mates started playing it on Steam, so not wanting to be a loner I downloaded it and jumped in. I’m still yet to play a game with my friends but the one thing that my time with the game has left me wondering, is if the game could work as an eSport. So I decided to ask both Corey Davis the game’s Design Director and Cat Karskens (Nosgoth Community Manager) what they think about Nosgoth’s eSport potential.

It’s fair to say that a lot of the current major eSports have been designed with competitive gaming at least somewhat in mind, and Nosgoth seems to be the same, but Corey Davis explains that this was not necessarily the case.

“Our goal was to make a fun, balanced game first. But we did make a conscious effort to support competitive players in as many ways as possible. So while our gameplay and map design decisions weren’t made with the eSports crowd in mind, our support for tools like built-in Twitch streaming and skill-based matchmaking were.” “We have a support team at Square Enix Montreal that has also been developing a number of features to continue that trend too. Noscam, for example, is an in-game recorder with custom camera controls and the upcoming Spectator Mode will let viewers watch Nosgoth from different angles, while viewing stats and other cool information.”

While it is true that in order for a game to become a truly successful eSports it must have been designed to accommodate competitive, play that doesn’t mean a developer can just decide that their game is a eSport. An active community must be built around the game and from there tournaments and competitions can grow.

A quick look on Steam shows that just over 3,000 people have played Nosgoth over the last 24 hours, while that’s a fair way off what you would expect from a popular eSport, it’s not too bad for a game that has only just entered open beta. Cat explained that these numbers are continuing to grow and how the team is hoping to retain players over a long period. “Every day more gamers are downloading Nosgoth. Peak concurrent Users is something we monitor closely and clearly we aim to increase this number over time. It’s something we are working hard to achieve through a variety of means, by giving existing players more reason to keep playing Nosgoth, through more content such as additional classes, maps, game modes, etc, as well as supporting features that will improve the user experience. The priority is to give players that great experience, one that they want to return to again and again. If we achieve that we are confident that more and more gamers will give Nosgoth a go and enjoy it from the minute they do.”

Despite only having a few thousand active players per day, an eSports community is already starting to appear around Nosgoth. The ESL are running a number of tournaments open to all players and offering some cash prizes in partnership with Square Enix. However, Karskens was vague when asked if the publisher would be directly involved with running and organising Nosgoth tournament’s.

“Wherever possible we want to put our community front and centre and that would also be the case with Nosgoth tournaments.” Karskens was equally evasive when asked about creating a competitive rule set, and if players would need to purchase all perks and other items to be able to compete at a high level. But we did learn that there are currently no plans to offer a bundle that includes all items in the game for one set price, similar to that of the Ultimate God Pack in SMITE.

Corey Davis was more forthcoming with his answers, especially when asked if he could see a Nosgoth tournament on a similar scale to Dota’s The International, with a prize pool running into the millions.

“That would be crazy. We don’t think that’s a realistic goal right now, no. But that would be an amazing success story for the entire Nosgoth team if it happened.”

There isn’t just a long way to go on the community side of things before a major Nosgoth eSports scene can be created, there is also a lot of work that needs to be done to balance the game. Davis explains how the team is going to continually work on keeping the game balanced.

“Live multiplayer games that introduce new classes, maps, and abilities will always face that challenge, so we’re always on the lookout for whatever changes need to be made to keep the balance in check. There is no overarching, specific feature that entails right now, though.” A number of players I have spoken to seem to think that the vampire side is slightly over-powered, meaning a good round on vampires will almost guarantee a victory. Does Corey agree with this statement?

“It’s an interesting question because the common answer depends on who you talk to about it. Anecdotally, new players have told us that they feel that Vampires are stronger than Humans, but that’s before they’ve learned the nuances of all the classes and before they understand the limitations of what those characters can and cannot do.

“As we listen to and analyze the data of more experienced players, though, that perception of “Vampire superiority” diminishes quite a bit. Plus, players are required to play as both Vampires and Humans in a match, so that game has a built-in balance with that kind of setup. All that said, we do know that there’s room for improvement, and we’re always analyzing data and listening to player feedback to help us better understand what that means.”

“Balance is necessary for any competitive multiplayer game. Without it, one side wouldn’t be fun to play, and who wants to play a game that’s one-half awesome and one-half get it over with? Hopefully, not many.”

One of the biggest areas of Nosgoth that needs continual balance is the multitude of classes that are available. Just the other day a new human class was launched (the Vanguard;, as seen in the video above) – a big tank class who uses his shield to block incoming damage. Can we expect any new classes soon or will the team focus on balancing the current roster first?

“We don’t have a set number of classes that we’ve determined ahead of time. How many more we have entirely depends on the need/ demand for them. Balance is one of our primary concerns, so whenever we introduce anyone new, we have to think about how they’d be different enough from the other classes, how well they work into the lore, and how they affect the meta game. There’s a lot to consider there.”

There is still a long way to go before we can expect to see a thriving eSports scene around Nosgoth. The community needs to embrace competitive events, new eSports friendly features need to be implemented, and balance work needs to continue. That said, Nosgoth does have the potential to do well in the eSports market, but Square Enix (and more importantly the community) need to embrace eSports and work together to help it grow.

Thanks to Cat and Corey for their time. Nosgoth is free on Steam, grab it here.

eSports! I joined God is a Geek all the way back in September 2013 and since then have spent most of my time on Dota 2, and occasionally posting the odd review, news article or totally wrong predictions for The International. When I am not playing Dota I can probably be seen watching some kind of strange eSport or begging for more Twitter followers (@MikeStubbsy if you are interested). Aside from GiaG I am a computing student, football coach and major Apple fanboy.
MORE LIKE THIS
nosgothPsyonixsquare enix