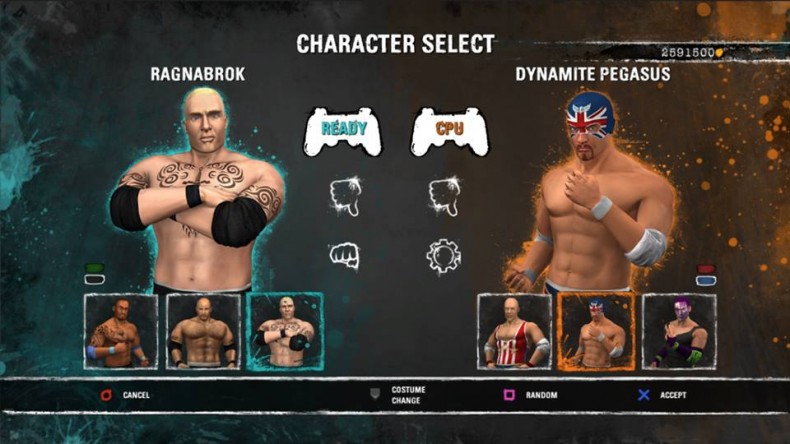 Much like a beloved, yet deadly, wrestling finisher that spontaneously arrives out of nowhere, indie game developers Serious Parody have revealed the release date of 5 Star Wrestling, the “Pro Evolution of professional wrestling games”.

5 Star Wrestling will be jumping off the top rope and straight into the action on March 17th 2015 in the US, and a day later in the UK, exclusively for the PlayStation 3.

Being developed by massive professional wrestling fans, Serious Parody hope to revitalise the genre and have pledged to this by offering a plethora of features, innovative mechanics and eccentric characters.

Every character in the game will come with their own personal and original theme music, a massive set of moves, including finishing moves that change depending on the character’s physical condition and position at point of execution. 5 Star Wrestling also features customisable, goal oriented AI, with you being able to select one of five personalities for each character, which will drastically change the course of a match.

5 Star Wrestling slams on to the PSN store for PS3 late this month, $24.99, with a British price still to be confirmed.

You can watch a gameplay trailer for 5 Star Wrestling below: