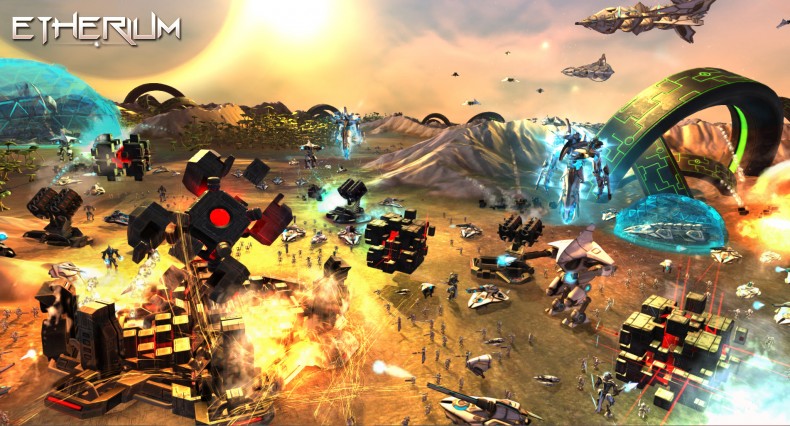 Developers Tindalos Interactive have announced the release date of their new game, Etherium, with the real-time strategy set to release on PC in two weeks on March 25th, 2015.

Along side the reveal of the release date, Tindalos have also released a new gameplay video, which details the new Conquest game mode the game will feature.

Conquest is a non-linear mode, where you are free to dictate the progress of your conquest. In this mode you can plan your tactics, build fleets, spy on the enemy, develop new technologies and then ultimately invade your enemies’ territory in RTS battles.

Etherium is now available to pre-order, with a 10% discount.