previous
Get 10% off anything on the PlayStation Store Today
random
next
The Evil Within: The Assignment Live Stream
0 comments 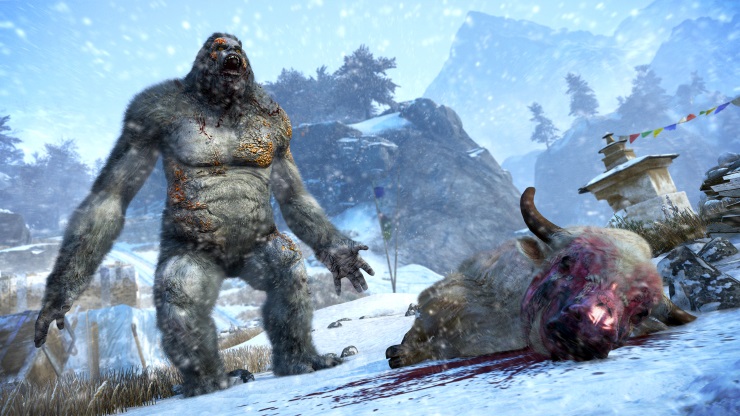 While the last major DLC for Far Cry 4 was fun, and an interesting take on doing something different, the Valley of the Yetis pack is the one we all want to play, right?

Ubisoft have reminded us that the content is released this week, with a video walkthrough as well.

Players have to explore and survive a valley on top of the Himalayas in Kyrat after Ajay’s helicopter crashes and leaves him stranded on a perilous ridge. In order to stay alive, players must capture a camp for shelter and guard it from a mysterious cult. But even if you successful against the cult, they must keep a look out for the fabled and dangerous yetis that populate the territory.

The Valley of the Yetis DLC includes:

· A New Open World: Explore and survive a new environment in Kyrat. The beautiful and majestic top of the Himalayas await.
· Defend and Upgrade Your Camp: Capture an enemy relay station to use as a safe house. Players will need to fortify the camp by completing side quests during the day, and defend it from waves of attackers at night.
· Uncover the mystery: A mysterious cult inhabits this valley and now hides a secret based on ancient legends. Discover the secret behind the cult of The Awakened Ones and survive the yetis.

Check out our video of the last DLC, below.

Far Cry 4: Escape From Durgesh Prison and the Failed Escape