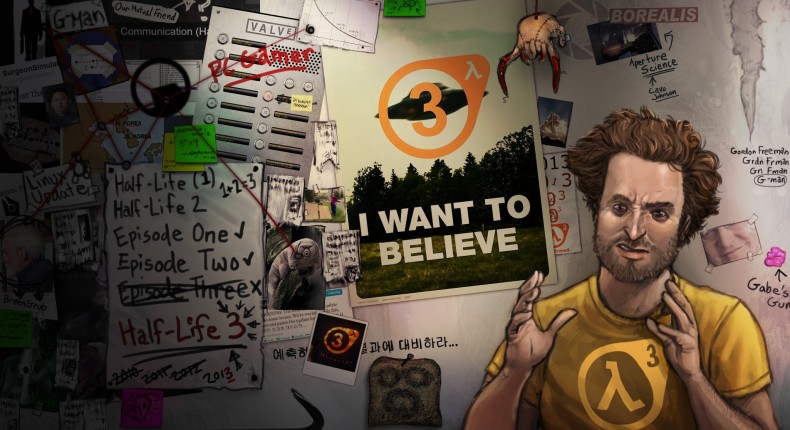 Valve certainly have a busy week ahead as they unveil a number of new products and technologies for the first time at this week’s Game Developers Conference in San Francisco.

With the PC gaming market expected to be worth $35 billion dollars by 2018, Valve are certainly doing the most they can to capitalise on the exponential growth of their services. Take a look at all of the company’s GDC announcements below: This week, Valve announced Steam Link: a product which allows you to stream all your Steam content to any room in the house, compatible with Windows PCs, Macs, Linux PCs and the upcoming Steam Machines. Steam Link supports 1080p streaming at 60Hz with low latency, and is expected to launch this November with a price tag of $49.99 (worldwide pricing yet to be announced). The product will come bundled with an optional Steam Controller for an extra $49.99. Valve will also present their Steam Machines, initially showing consoles built in partnership with Alienware and Falcon Northwest. Machines developed with a plethora of other partners are expected to be announced later this year and are slated for a November release.

Steam Machines are Valve’s own take on the console market and will start at the same price point as other home consoles. Machines can be custom built so that customers can personalise their gaming experience to whichever components best suits their needs.

Epic Games will give a demonstration of the newly announced Unreal Tournament running on a 4K monitor driven by the Falcon Northwest Steam Machine. Founder of Epic, Tim Sweeney said: “Whether you’re running incredibly detailed scenes at 4K or running 1080p at 120 FPS for an intense shooter experience, this brings world-class gaming and graphics to televisions with an open platform true to Valve’s PC gaming roots.” Valve have also premiered their own virtual reality headset, in order to compete with VR giants Oculus Rift and Sony’s Project Morpheus. Their take on the VR market is built by smartphone manufacturer HTC and powered by their own VR input.

What differentiates the HTC Vive from it’s competitors is it’s capacity to allow players to walk around in a fully simulated 3D environment and naturally interact with objects within that environment. The headset is capable of doing this thanks to the inclusion of Valve’s own VR software, codenamed Lighthouse.

Valve’s Alan Yates said of the software: “In order to have a high quality VR experience, you need high resolution, high speed tracking. Lighthouse gives us the ability to do this for an arbitrary number of targets at a low enough BOM cost that it can be incorporated into TVs, monitors, headsets, input devices, or mobile devices.”

The headset is expected to be available to developers this spring with a commercial release planned before the end of the year, beating Project Morpheus to market with it’s expected release date of first-half 2016.

Valve has also announced the release of Source 2, the follow up to the Source engine which has been incorporated in Valve’s since the release of Counter-Strike: Source and Half-Life 2. Source Engine 2 will be free to developers, matching recent announcements from Epic and Unity to make their engines free in order to assist PC gaming to dominance.

Valve’s Jay Stelly said: “The value of a platform like the PC is how much it increases the productivity of those who use the platform. With Source 2, our focus is increasing creator productivity. Given how important user generated content is becoming, Source 2 is designed not for just the professional developer, but enabling gamers themselves to participate in the creation and development of their favorite games.”

Valve announced that it will be releasing a Vulkan-compatible version of the Source 2 engine. Vulkan is a cross-platform, cross-vendor 3D graphics API that allows game developers to get the most out of the latest graphics hardware, and ensures hardware developers that there is a consistent, low overhead method of taking advantage of products.

GDC 2015 marks the 13-year anniversary of Valve’s unveiling of Steam, which has since become the leading gaming platform on PC, Mac and Linux. Steam now boasts over 125 million user accounts, and this number is expected to rise as Valve branch out into the console gaming market.

Currently an English, Journalism and Creative Writing student at the University of Strathclyde. Based in Glasgow, I spend most of my free time playing video games ranging from Japanese visual novels to horror games. You can contact me at greg@godsiageek.com!
MORE LIKE THIS
2015game developers conferencehtc vivesteam link