previous
Sponsored: Fed Up Of A Daily Mail Headline? Don’t Blame It On The Youths
random
next
Acer H7550ST Projector Review
0 comments

Batman: Arkham Knight to Get 1989 Batmobile DLC Next Week 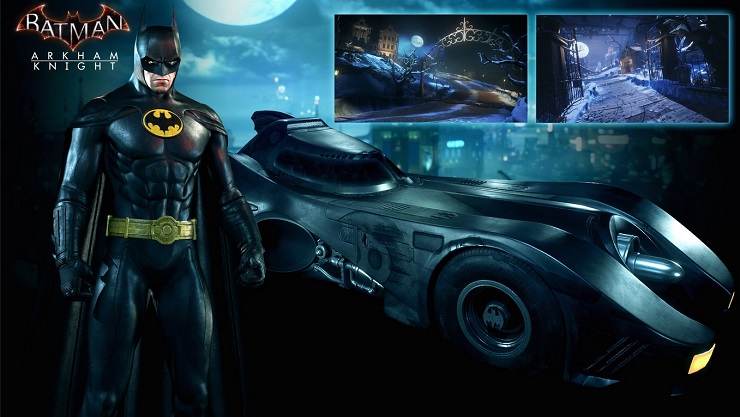 Game developers Rocksteady have announced that the highly-anticipated 1989 Batmobile DLC will be released next week for Batman: Arkham Knight season pass holders on Playstation 4 and Xbox One, and from the looks of it, you are in for something really special.

Not only will you be able to drive the 1989 Batmobile, but you’ll also have access to two tracks that are hugely inspired by Tim Burton’s gothic iteration, featuring locations like the Joker’s weird street parade from Batman (1989) and Penguin’s underground lair from Batman Returns (1992).  If that wasn’t enough, the DLC will also give you the chance to don Michael Keaton’s jet-black Batsuit and make you feel like the real deal.

In terms of how the 1989 Batmobile handles, Rocksteady seem to have done a great job in altering the controls to fit the slimmer and longer model, giving you new challenges like much tighter corners and harsher terrain. To get a real feel for what to expect you can watch the video below, which gives you a nice amount of footage from the DLC.

Video games are cool. Don't let anybody tell you any different.
MORE LIKE THIS
Arkham KnightBatmanBatmobileplaystation