Whimsy and Smiles: Charming Games Still Have a Place in this Industry 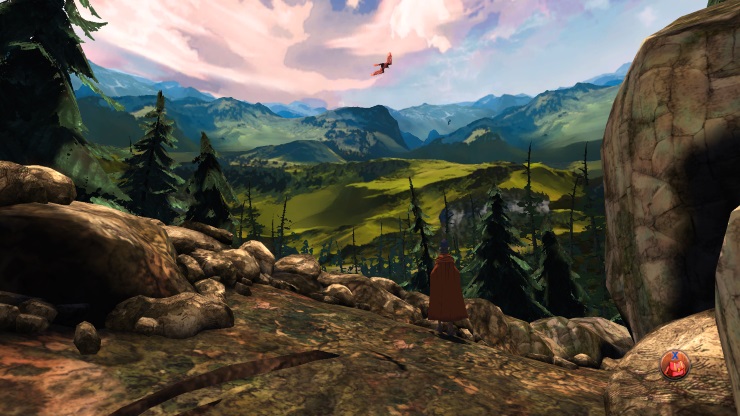 Video game development has matured over the last few decades. Not in the sense that it has become more cerebral, but like that little kid who lived down your street with the blonde curls and the smile that’d make Ghengis Khan stop and examine exactly where he went wrong in life, who has inexplicably grown into a six foot hunk with tanned skin and rippling pectorals. At brass tack level, he’s still cute and appealing, but now it’s in a very different way and you’re not sure you’re ok with it.

Similarly, games still appeal to us now as adults the same way they did when we were children, but there’s a question as to whether our desires have changed because games have evolved, or vice versa. It’s actually more a question of whether we get what we like, or simply have to like what we get.

See, I’ve been playing King’s Quest this week. Not the 1984 original (as I think my creaky old laptop would struggle with even that ancient classic), but the first episode of the revamped version recently released onto current gen consoles. If it has made me realise anything, it’s that games simply aren’t charming anymore. Now before you Nintendo fans lead me out into a meadow and beat me gently to death with mushrooms and flowers, I acknowledge the existence of games like Kirby’s and the Rainbow Paintbrush and Yoshi’s Woolly World. But they’re Nintendo exclusives and, frankly, the exception nowadays rather than the flashy, violent, over-saturated norm. I’m not simply talking about games being cute and harmless, I’m talking about genuine charm. Games with that sense of whimsy that sticks with you as you go on through your tumultuous life.

Gamers of a certain age will remember the original King’s Quest, and the way it kept you irresistibly hooked without drugging your mind with HD violence and “adult themes”. You’ll remember Simon the Sorcerer, a point and click adventure with a script to rival the late, great Terry Pratchett on a good day in terms of laughs per minute, and the kind of sarcasm that tricked kids into thinking they’d got the joke while the adults in the room shared a wry smile and a knowing wink. Monkey Island is another: a game built on a combination of raw comedy and fiendish conundrums that filled its world with things to smile at while managing to not corrupt our young minds with senseless blood-letting and F-bombs.

Don’t get me wrong, I love modern games. I love glossy CGI trailers, HD aesthetics, the 1080p60 benchmark for which all games must now strive or else risk the derision of butt-hurt internet crusaders, but there’s a little boy inside me who misses that feeling of genuinely loving a game for it simply being lovable, who misses spending ten hours in a single game world with nary a messy decapitation nor smoking bullet-wound in sight.

Modern AAAs struggle to do charming. Ori and the Blind Forest comes close. Trine comes close. Rayman comes close. A dozen or more Wii U platformers featuring some anthropomorphized creature hopping, skipping and jumping through a world of clouds, or flowers, or rainbows, or candy, come close. So close. But they ultimately fall short, because some things can only be achieved if you don’t strive for them.

What games like King’s Quest, Simon the Sorcerer, and Monkey Island did is hard to emulate, nigh impossible to truly modernise. Two years ago Brothers released onto consoles and gave us a beautiful fantasy world through which we had to guide a pair of siblings on a quest to heal their sick father. What began innocently and charmingly enough soon became something darker and, ultimately, heart-wrenching. Yes, it made us feel emotional, but in doing so abandoned that sense of fabled whimsy it initially seemed built around. I miss that sense of whimsy.

We can’t go back, and I don’t think it’s unfair to say that modern developers don’t know how to make games like they used to. These days we’re only hyped by the blockbusters, and the blockbusters aren’t charming. Watching Adam Jensen slice through a bunch of gold-tinted bad guys might be thrilling and air-punchy, but it’s not beautiful, not really. It’s certainly not charming in any sense. So no, we can’t go back. The King’s Quest remake highlights that. We can emulate, we can reproduce, we can re-skin or re-release – but we can’t recreate that same sense of magic and effortless charisma. It’s a shame, but then that’s progress for you, right? Out with the old, or so they say.

But is that enough? Should we be OK settling for that? Is it OK, sometimes, to long for what’s past? I think it is. And this is from a man who likes his digital violence nice and messy and his bullet wounds smokier than an 80s dive bar on a Friday night. Sometimes, I just want to play a game that makes me smile and feel all warm inside, and not because I just wasted a room full of fools with tactical precision and extreme prejudice.

Maybe all I can do is cross my fingers for a Simon the Sorcerer reboot and a remake of Monkey Island to keep my nostalgic smile in place a while longer, like that sad old man who still wishes they’d bring back 8-track tapes. Progress is good, advancement is good – but I miss the days when games could charm us without feeling the need to dazzle or shock us first, and it was all so much simpler and sweeter. Senior Content Editor Mick has been playing games for over 30 years and writing about them for around 12. After drifting from site to site for a while, settling briefly at the now-defunct Made2Game and freelancing for the gone-but-not-forgotten NintendoGamer Magazine, he came at last to rest at Godisageek. Mick has been a reviewer, staff writer and content editor here for some time, while also moonlighting a little for Red Bull Games. He has 4 kids, has written 2 novels, and sometimes even manages to pay a bill or two. You'll usually find him defending the galaxy in Destiny 2, battling evil in Diablo 3, or lurking in the background on Twitter. Find him there @Jedi_Beats_Tank, or on XBL (JediWaster247), PSN (Jedi_Waster) or Nintendo (JediWaster).
MORE LIKE THIS
Kings Questnintendo