The Games We Love: Shenmue 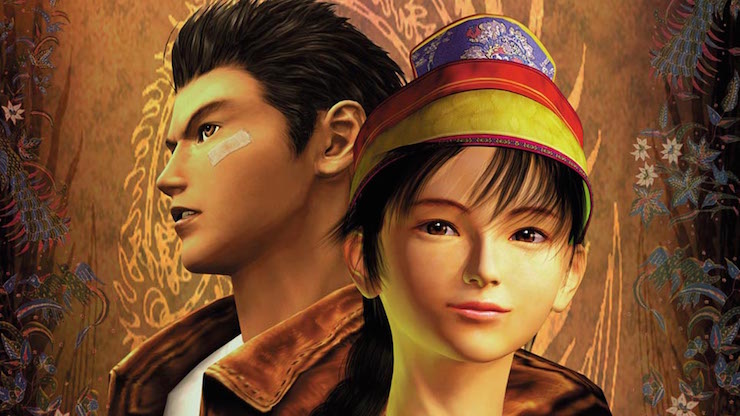 The Games We Love is a new series celebrating the games that have touched us most. Over the coming weeks each of us will be writing about a game that has effected us in some way, and first up is God is a Geek newbie Chris White.

It’s been almost 14 years since I stepped foot in Yokosuka, the fictional world of Shenmue, but I remember it like it was yesterday. It was the first time I’d witnessed true ingenuity in a video game. The Dreamcast may have been a console with big dreams, but ultimately it suffered at the hands of its own ambition. I was young—too infatuated with my PlayStation 2 to notice its existence and way too ignorant to industry politics back then. I would see a game and want it—nothing more, nothing less. Games were a form of escapism for me and the developers and publishers were just a logo that preceded the main menu.

A couple of years passed and when I finally managed to play Shenmue, I was 18. In fact, it was my 18th birthday when I started it. Most people went out and got shit-faced with their mates and woke up asleep on a ring road miles away from their front door. Me? I was in my bedroom for 2 days straight, exploring Yokosuka and the trying to find out why my father had been killed. When you talk about games that change your life, Shenmue changed mine—it changed me. It was a game like no other—you would wake up in the morning, head out into the village and do pretty much anything you wanted to do. The main goal of the game was to investigate why Lan Di—a Kung Fu master and crime boss – killed your father Iwao Hazuki, but the way in which you did so was completely up to you. If you felt that you needed a little break from it all, you could spend the day playing at the arcades, training at the dojo or simply exploring everything that Yokosuka had to other. You felt completely free—no longer bound by the restrictions that many video games had on you.

Yu Suzuki, the game’s creator had tapped into something that had never been done before. The originality of Shenmue was part of its charm and it featured some really nice ideas that were implemented extremely well. The day cycle made you feel like you were living a life within a video game. You set your alarm at night, woke up in the morning and spent the day doing whatever you needed to do, repeating the process the day after and the day after that.

Your housekeeper and protector, Ine Hayata cared a lot about you and would often tell you how you couldn’t be late when returning home. If ever you stayed out too late, she’d hassle you about it like any good parent would. It was never annoying—she genuinely cared for you and you reciprocated those feelings of love and respect. The game started on November 29th 1986, and if you hadn’t finished it by the time Christmas rolled around, you’d bump in to Santa at the local supermarket in the heart of the village. It was those touches that made Shenmue special. I could seriously harp on about Shenmue forever. The environments were breath taking. The mountains in the background were majestic, as was the town centre, the colourful markets and restaurants, the neon arcades, the quieter parks—everywhere was alive, just as much as the characters were. The combat wasn’t too hard to master either. The engine used in Virtual Fighter sat at its core, which meant the combos were vast and rewarding. It took a little time, but after a while, all that training in the dojo paid off. Taking out five or so enemies at a time showed how much you had learnt since the one on one scraps you got caught up in back in the beginning.

I haven’t even talked about the stunning soundtrack, or the fact that you can get a job as a forklift truck driver. Every single thing about this game is amazing, and I’ll always have those two days playing that game to look back; nobody can take that away from me. Hopefully, we’ll get to see a HD remake soon enough and I’ll be able to experience the wonders of Shenmue once more.

I was playing Shenmue at a time when I was moving on, growing up and becoming an adult myself, just like Ryo. We shared the goal of finding answers in a complex world, both feeling alone and unsure. I saw a lot of myself in Hazuki-san; we moved with the beats of the world in the hopes of uncovering what life was all about. Shortly after playing Shenmue, I moved out of my parents and lost my Dreamcast. I haven’t played the original since, but still I remember every second of it to this day.

Video games are cool. Don't let anybody tell you any different.
MORE LIKE THIS
ShenmueThe Games We Love

Shenmue III is out today!

Shenmue III finally has a release date, and there’s a new trailer too